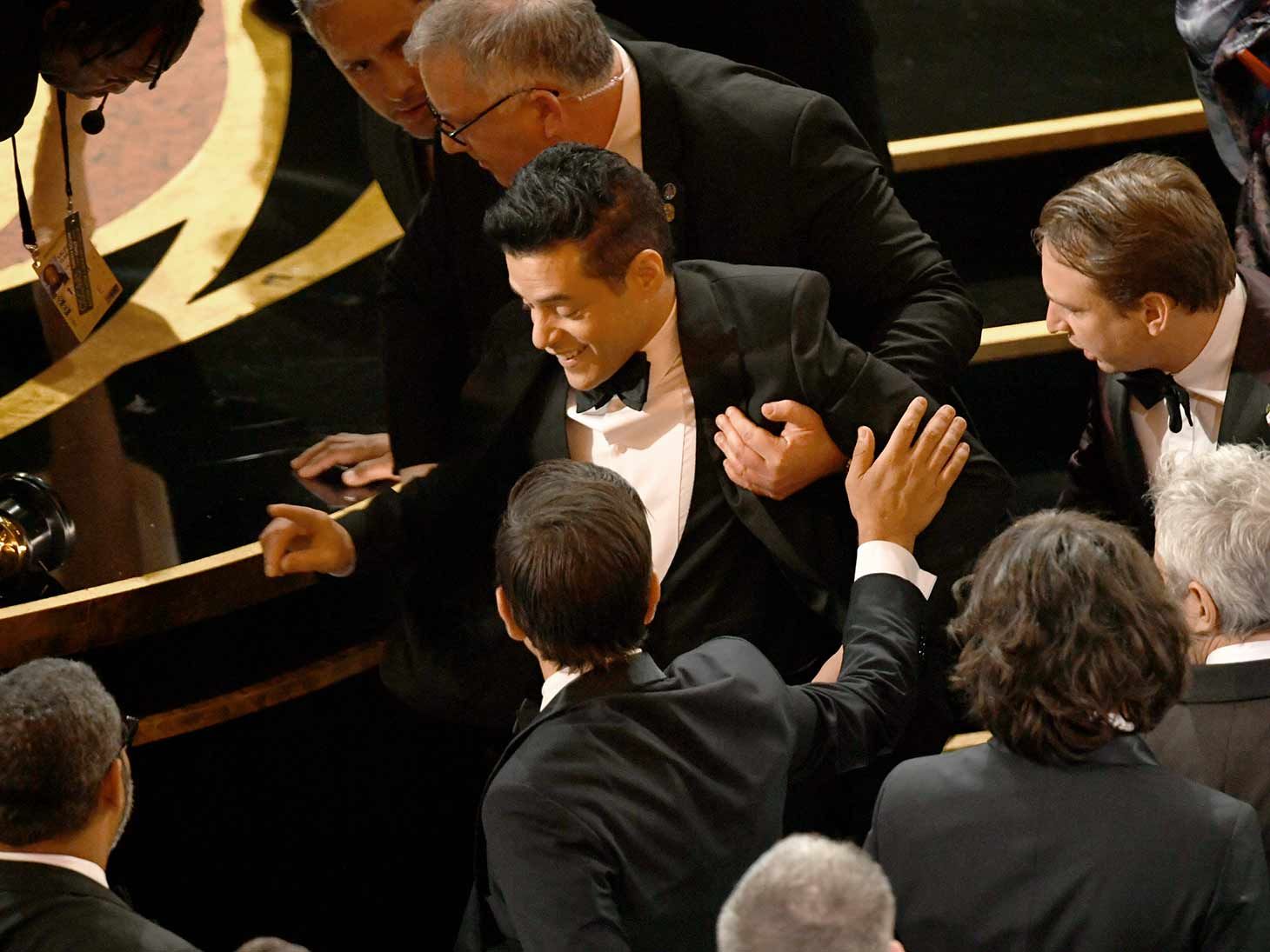 Rami Malek immediately learned that with great highs come great lows when he fell from the stage following his win for Best Actor.

Moments after the "Bohemian Rhapsody" star scored the top award on Sunday night he fell and was treated by paramedics. It's unclear how the 37-year-old landed, but he seemed ok after being helped to his feet.

It was a big night for Malek, who won his first Academy Award for his portrayal of Freddie Mercury. "Bohemian Rhapsody" did very well during the awards show, ending up with 5 trophies for the Queen biopic.

Later that night Rami was seen backstage popping bottles and having a great time.