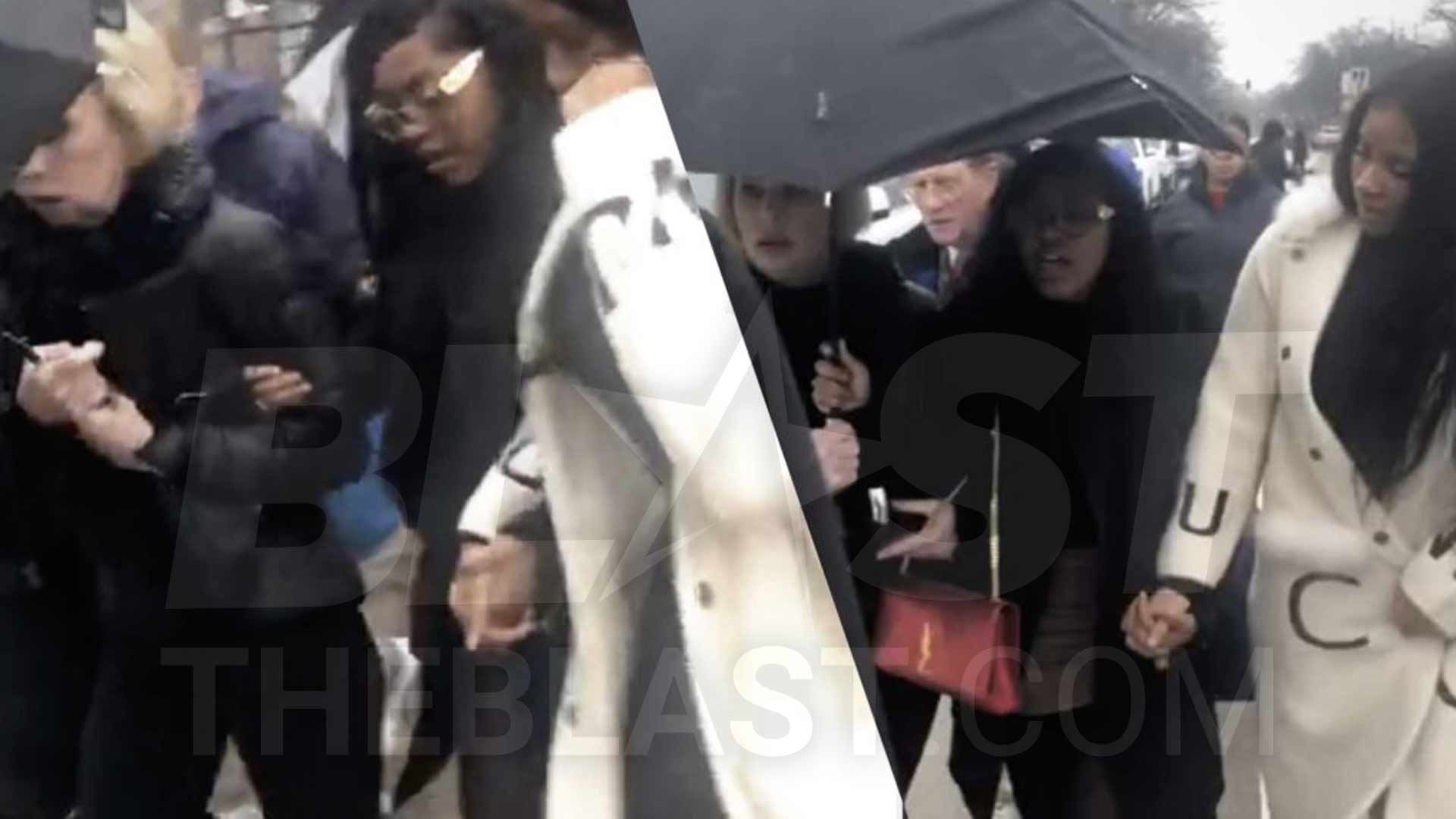 R. Kelly is trying to scrap together a million bucks to get out of jail, while his two biggest supporters were in the middle of a media firestorm as they left the Chicago courthouse.

Joycelyn Savage and Azriel Clary had questions hurled at them as they walked from the courthouse moments after Kelly's bail was set at $1 million.

Savage was asked if she was planning on reconnecting with her family, or heading to Atlanta, but she said nothing. The girls were also asked if Kelly had abused them, but the singer's handlers screamed "no comment" and tried to block camera shots with umbrellas.

As we reported, Savage was sitting front row in the courtroom when Kelly appeared in bond court, and she was joined by Clary. Both girls have claimed to be in consensual relationships with the hip-hop star, despite their families believing they have been brainwashed into joining Kelly's alleged sex cult.

Meanwhile Kelly is currently sitting in jail while his team works on posting his $1 million bond.