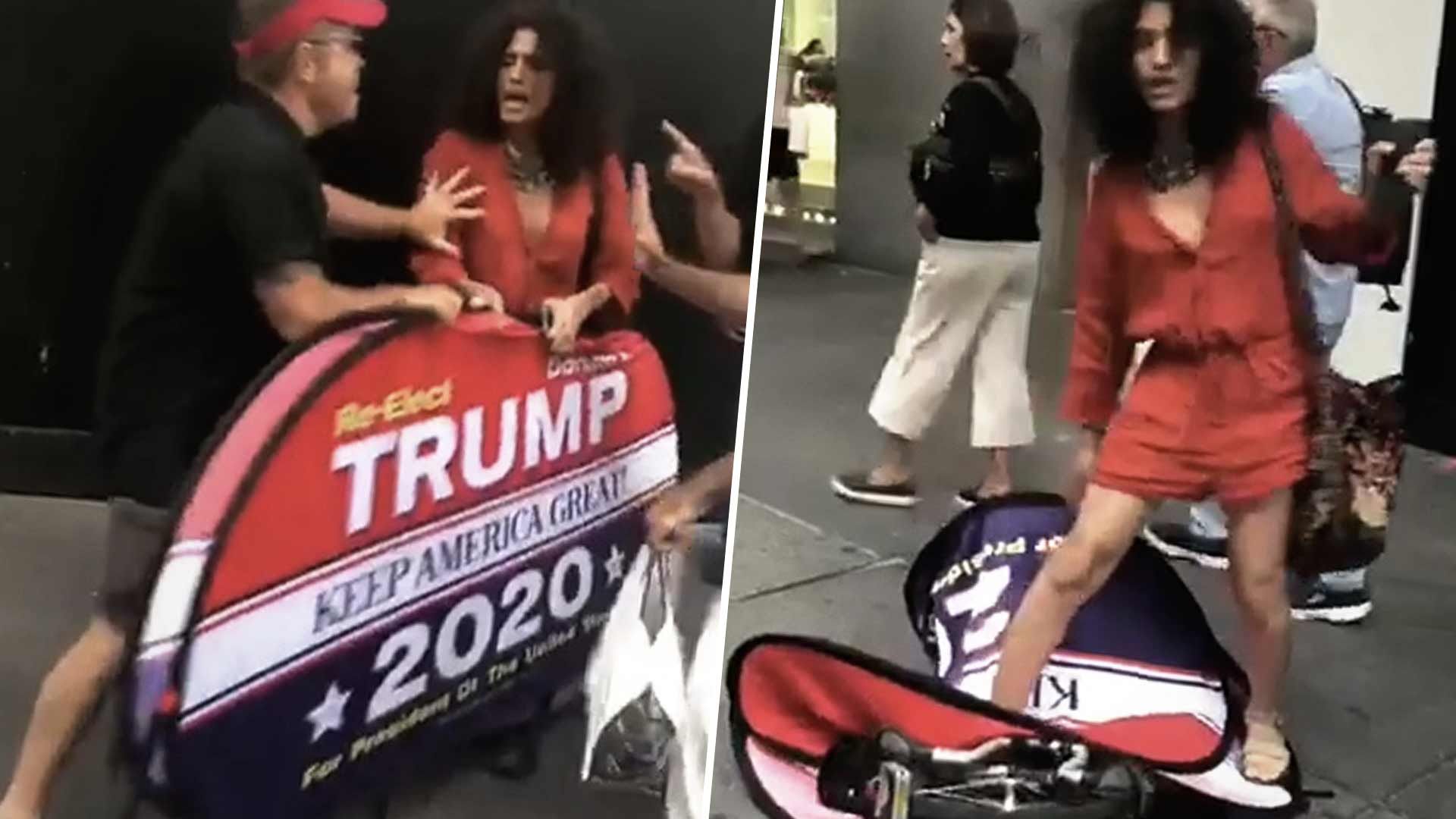 Indya Moore was in the middle of a political confrontation after they tried to walk off with a Trump supporter's sign.

The incident went down June 7 in NYC when Moore, who plays Angel Evangelista in "Pose," got into a heated argument after appearing to try and confiscate a "Trump 2020" banner from a MAGA supporter.

"Get off my stuff," the man yells before going after Moore for his sign. Moore then tried to grab the man's MAGA visor, before he shoved the star while screaming to be left alone.

It's unclear what sparked the fight between the two, but Moore could be heard yelling, "Well, you guys aren’t fans of our show, and we don’t want you to be fans of our show."

After the incident, Moore sent a message to fans thanking them for support. "Thank you for loving my community," they said.

The Blast reached out to reps for Moore.