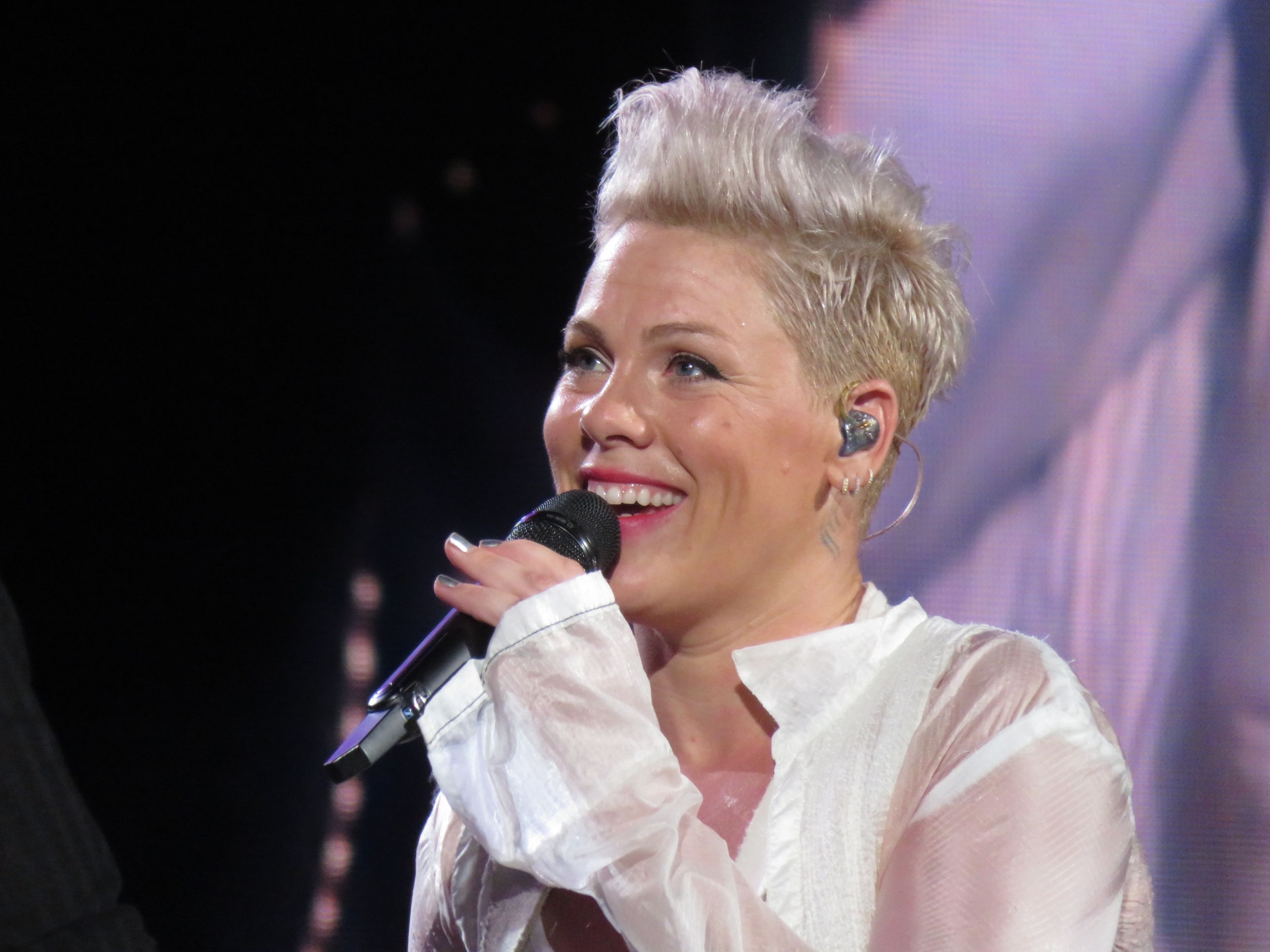 Last night, Pink graced the stage of the Montage Hotel in Beverly Hills to accept not one but two awards. The singer, who turned 40 in September, won Billboard's Legend of Live and Tour of the Year Awards. She is the first female to win this award and her Beautiful Trauma Tour is one of Billboard's top-ten tours (it ranks tenth) in history with total grosses of $393.7 million and more than three million tickets sold.

Pink took the stage in a (fitting) hot pink suit and spent the bulk of her speech thanking her team, most especially longtime manager, Roger Davies.

In her own words, he is "a master of connection. He is a visionary, he is brilliant and he is good. And he met me when I was 21. Missundaztood was about to come out… but he listened to my ideas and he listened to my plans and then he sat me down and said, 'You're f--kin' crazy, but it can be even better than you think, you just have to trust and work really f--kin' hard.' And he convinced promoters, such as one of the loves of my life, Barrie Marshall, to lose hundreds of thousands of dollars on me. Sorry. Which would be made back 10 to 15 years later. But he brought me into this team and every single person on this team is as good as it gets. And they work their asses off. And they're masters of their craft… Everybody that's here, Don, everybody, I love you so much. You're the best of the f--king best and I get to know you because of Roger, because of your faith in Roger… but no, this is an honor, and I have to give you this award, Roger, because I love you and you have earned it 16,000 times over. So thanks. Thanks for having me."

Pink's career has spanned decades. From her beginnings playing Philadelphia clubs (at 14!) to selling over 90 million records worldwide, nobody can deny her talent, determination or ingenuity. Pink has forged her own path, regularly incorporating jaw-dropping acrobatics and flying into her tours and performances. Her "Glitter in the Air" performance at the 2010 Grammy's is iconic and became her signature style.

Billboard made the right choice here. Thank you, Pink.