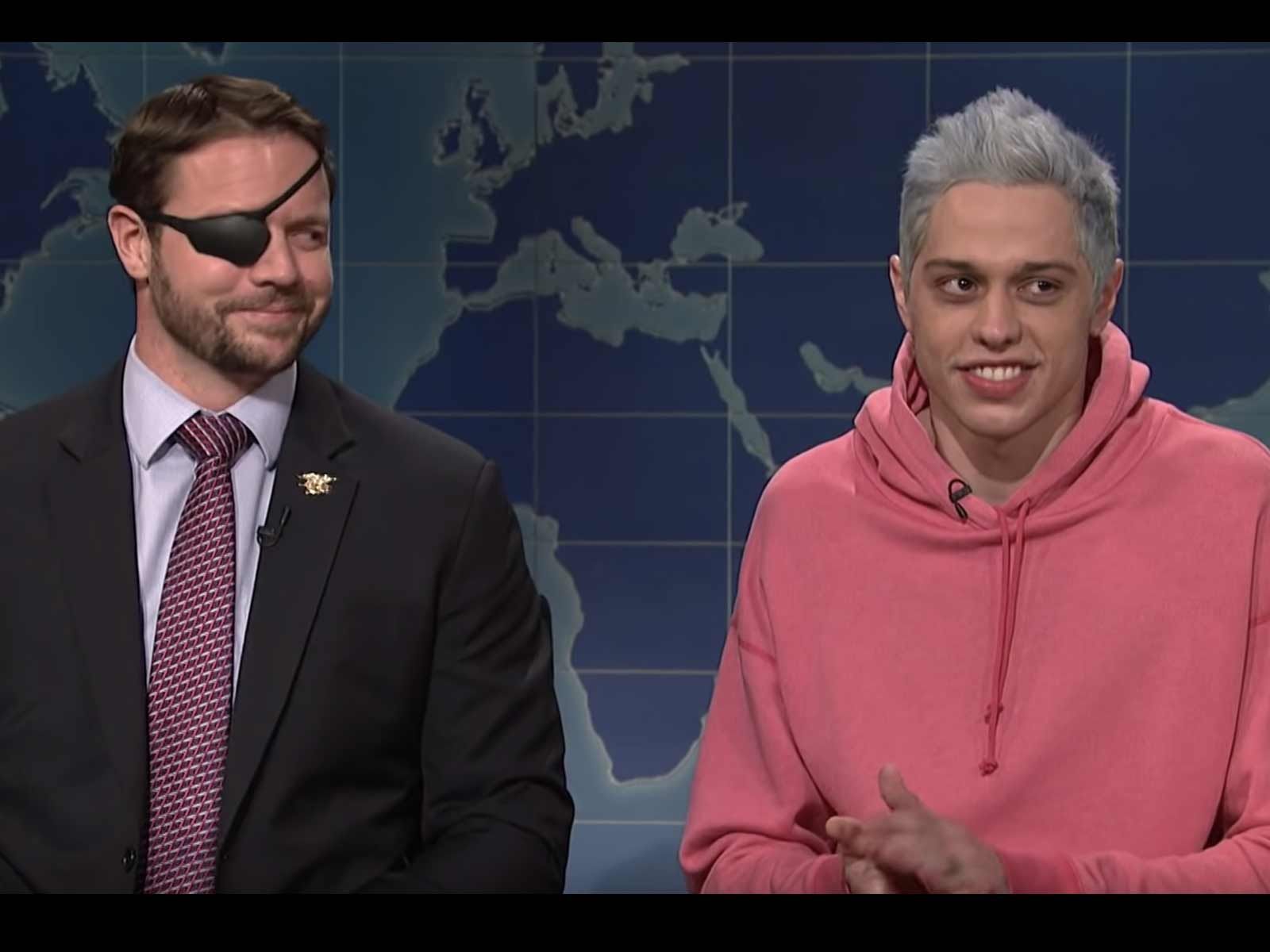 "In what I'm sure was a huge shock for people who know me, I made a poor choice last week,” Davidson said before Crenshaw came out. “I made a joke about Lieutenant Commander Dan Crenshaw, and on behalf of the show and myself, I apologize.”

He added, "If any good came of this, maybe it was for one day, the left and the right finally came together to agree on something: That I’m a dick."

Crenshaw and Davidson then came face-to-face and the congressman cracked a joke about having an Ariana Grande song as his ringtone, joking to Pete, "Oh, do you know her?"

Crenshaw then made fun of a picture of Davidson, saying, "He looks like if the meth from 'Breaking Bad' was a person."

He closed out the segment with comments about Veteran's Day and 9/11, even referencing Pete Davidson's father.