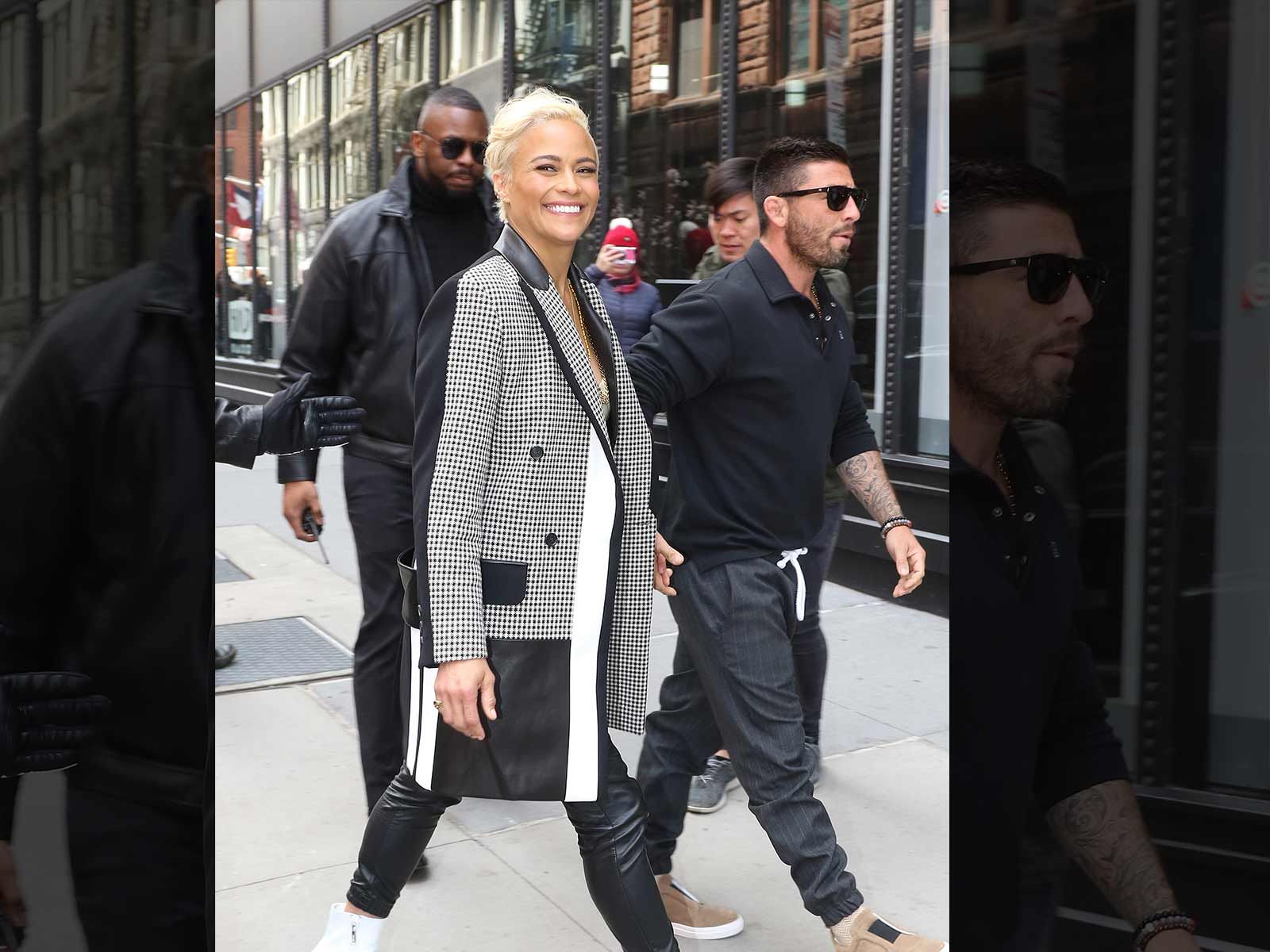 Paula Patton isn't shy about displaying her new boyfriend to the world.

The 42-year-old actress is doing a press tour for her new movie, “Traffik,” and decided to bring her beau, Zachary Quittman, along for an appearance in New York on Wednesday. The two looked happy, even holding hands while walking into the AOL building.

This is the first time we've seen the new couple out together. Patton just confirmed her relationship with the real estate agent to Extra earlier this week.

“I have a boyfriend now. I haven't called anybody a boyfriend," she told them in an interview. "He's my boyfriend!”

And although they've only been together for a month, things are getting pretty serious, even saying she's already dropped the L word.

“But when you know, you know. I love him," she told the publication.

This is Patton's first official boyfriend since her divorce from Robin Thicke in 2015 ... but, of course, this wouldn't be Hollywood without a bit of a scandal. PageSix reported today that Quittman is not legally separated from his wife.