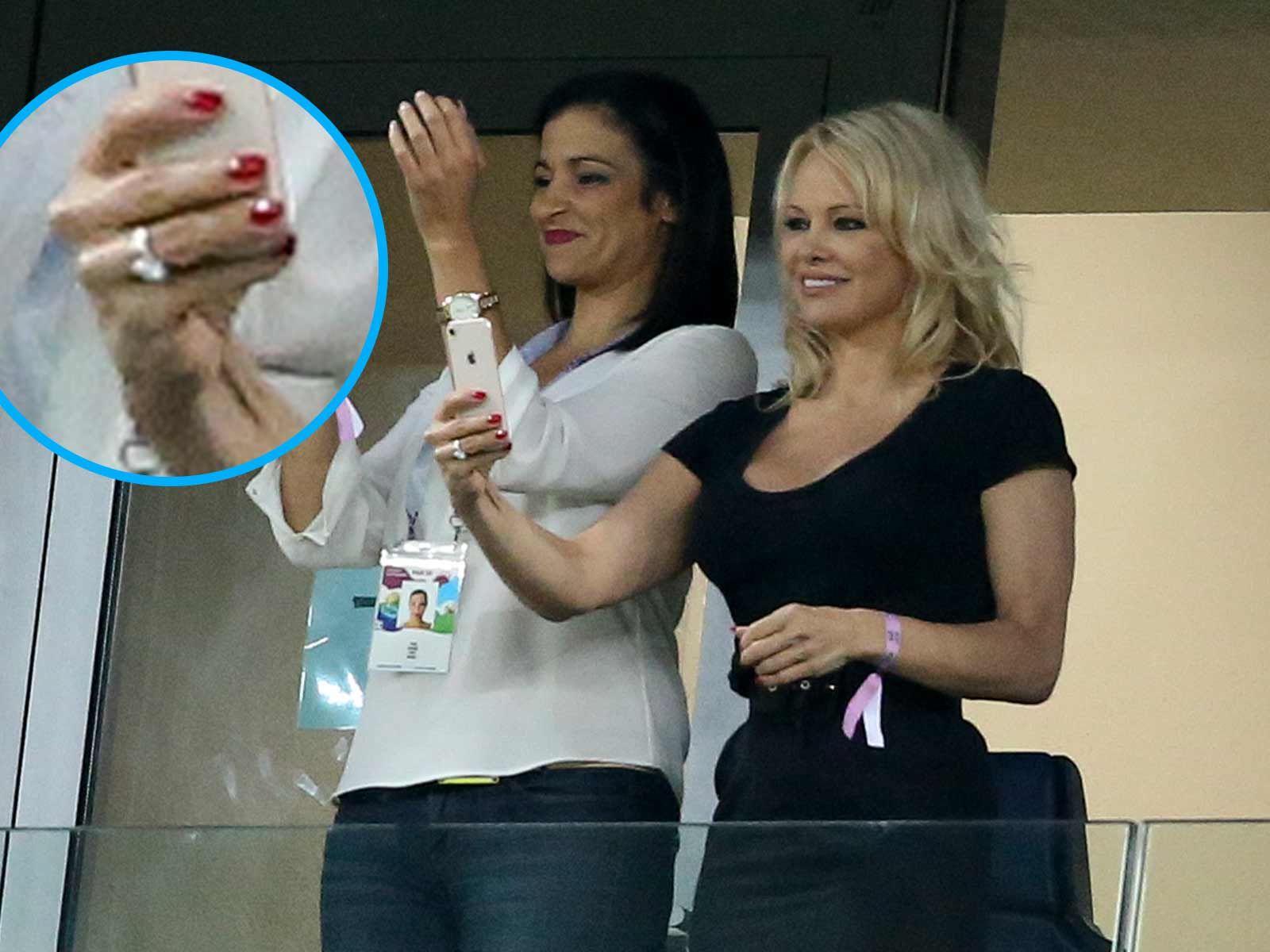 Pamela Anderson is soccer player Adil Rami's biggest fan and possibly his soon-to-be wife as engagement rumors are setting the internet on fire.

The "Baywatch" star was spotted wearing a huge diamond while cheering on her French defender boyfriend against Belgium earlier this week. Even though the ring is on her right hand, fans are running wild with the idea that the two may be engaged!

Wearing all black with freshly done red nails, the 51-year-old wasn't shy about showing off the gigantic sparkler ... excitedly blowing kisses and taking photos of her beau during the semi-finals.

Anderson and Rami have been living together overseas for the past year. If the rumors are true, the soccer player would be husband #4 for the blonde bombshell. Anderson has previously been married to Tommy Lee, Kid Rock, and Rick Salomon (twice).