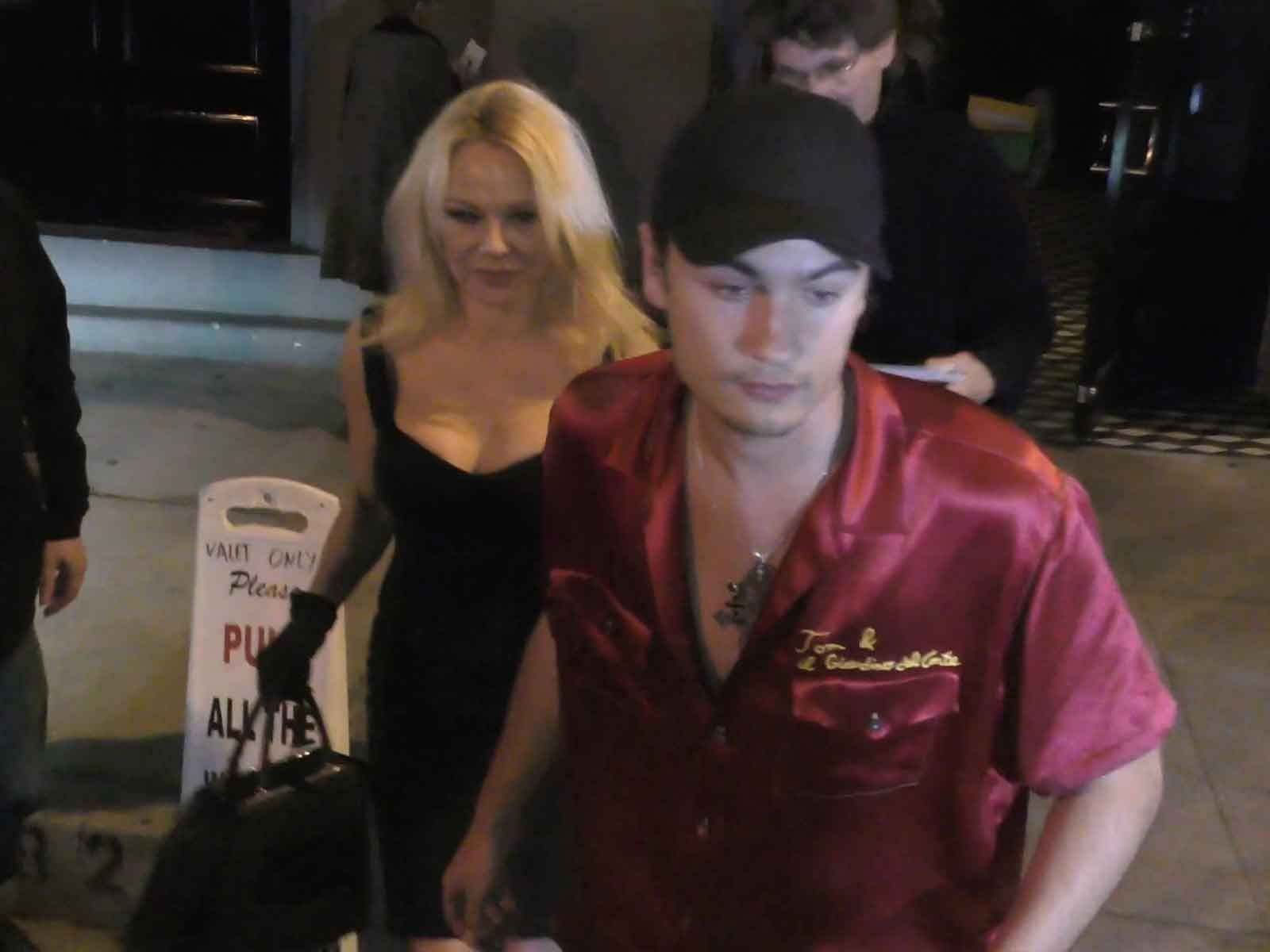 Pam Anderson just made a big public statement by going out to dinner with her son at one of the main spots in Hollywood where you can be sure to get your picture snapped.

Anderson went out to dinner Monday night with 21-year-old Brandon Lee at Craig's restaurant, which is always littered with celebrities and photographers.

While they were leaving, Brandon and Pam were asked about a reconciliation with Tommy Lee, but both were tight-lipped. Brandon was asked about possibly joining the UFC, after knocking out his dad, but he just laughed.

She also posted a rare picture of herself and Brandon, making it clear she's got her sons back while the dispute with her ex-husband continues.

The Blast first reported that Brandon is currently under investigation for battery after an argument with Tommy over the rocker trashing Pam on social media escalated and became physical. Brandon blames Tommy's drinking for the incident.

Brandon has hired an attorney and is cooperating with investigators.