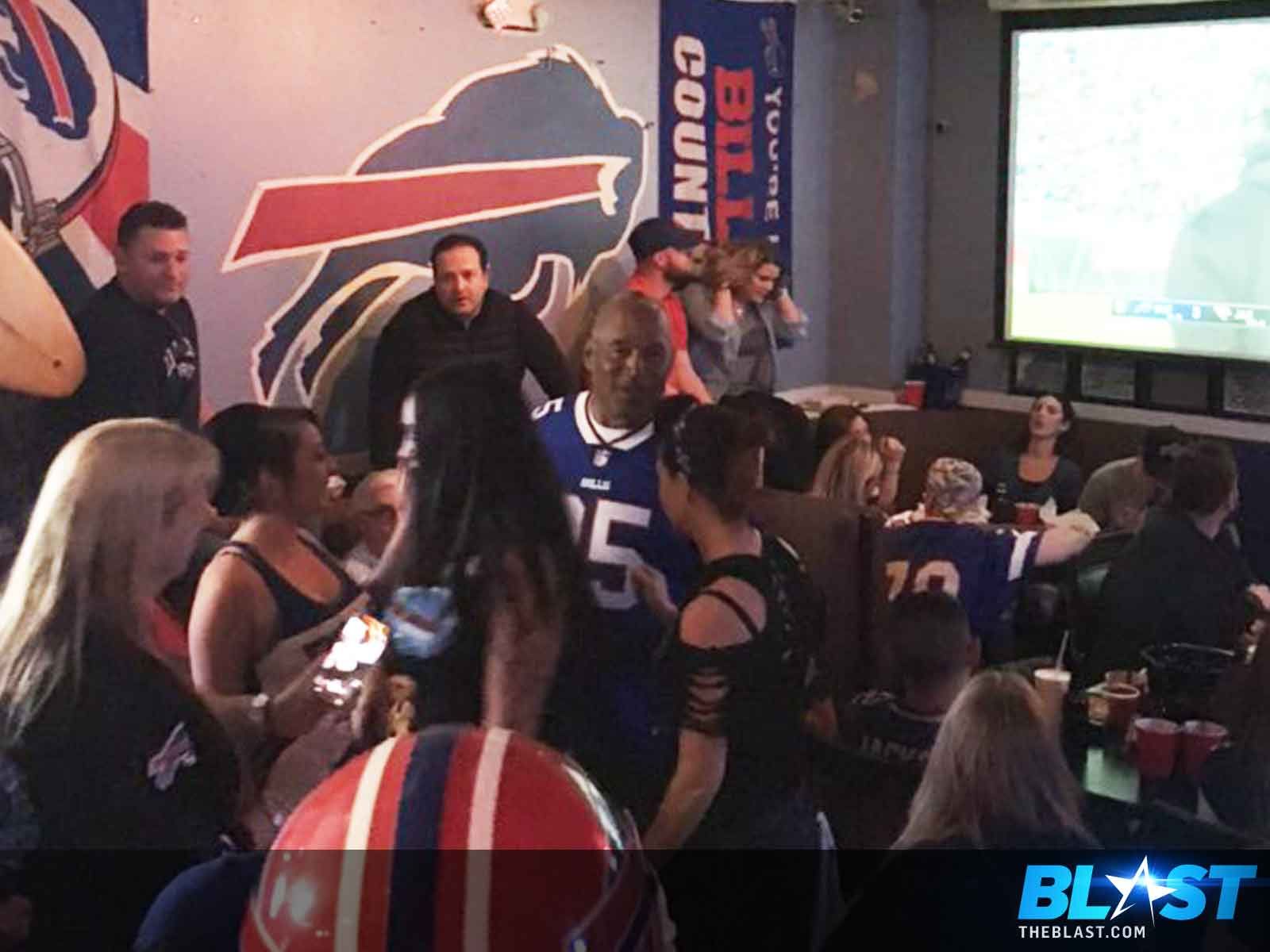 O.J. Simpson Is All Smiles as He Enjoys Bills and Babes

O.J. Simpson stopped by a Las Vegas sports bar to watch his old team play on Sunday ... however, unfortunately for the Bills, the only thing anyone else wanted to watch was O.J.

Simpson swung by Moon Doggies Bar & Grill to see the Buffalo Bills take on the Jacksonville Jaguars. Sources at the bar tell The Blast that Simpson was an absolute hit with the ladies, who were chatting up Simpson since he arrived earlier today.

We're told O.J. was a great sport, snapping photos with every single person who asked and "the girls in the bar were all about it." Our source said Simpson chowed down on chicken wings and pizza and washed it down with Molson Canadian.

Check out the photo — the former Bills player is seemingly such a hot commodity, he can't even watch the game and neither can the grumpy male patrons in the corner staring down The Juice.

Simpson and his attorney, Malcolm LaVergne, made headlines earlier this week when LaVergne threatened to sue The Cosmopolitan for at least $100 million over an incident that resulted in O.J. getting booted.

LaVergne claims the hotel acted "with malice and racial prejudice."