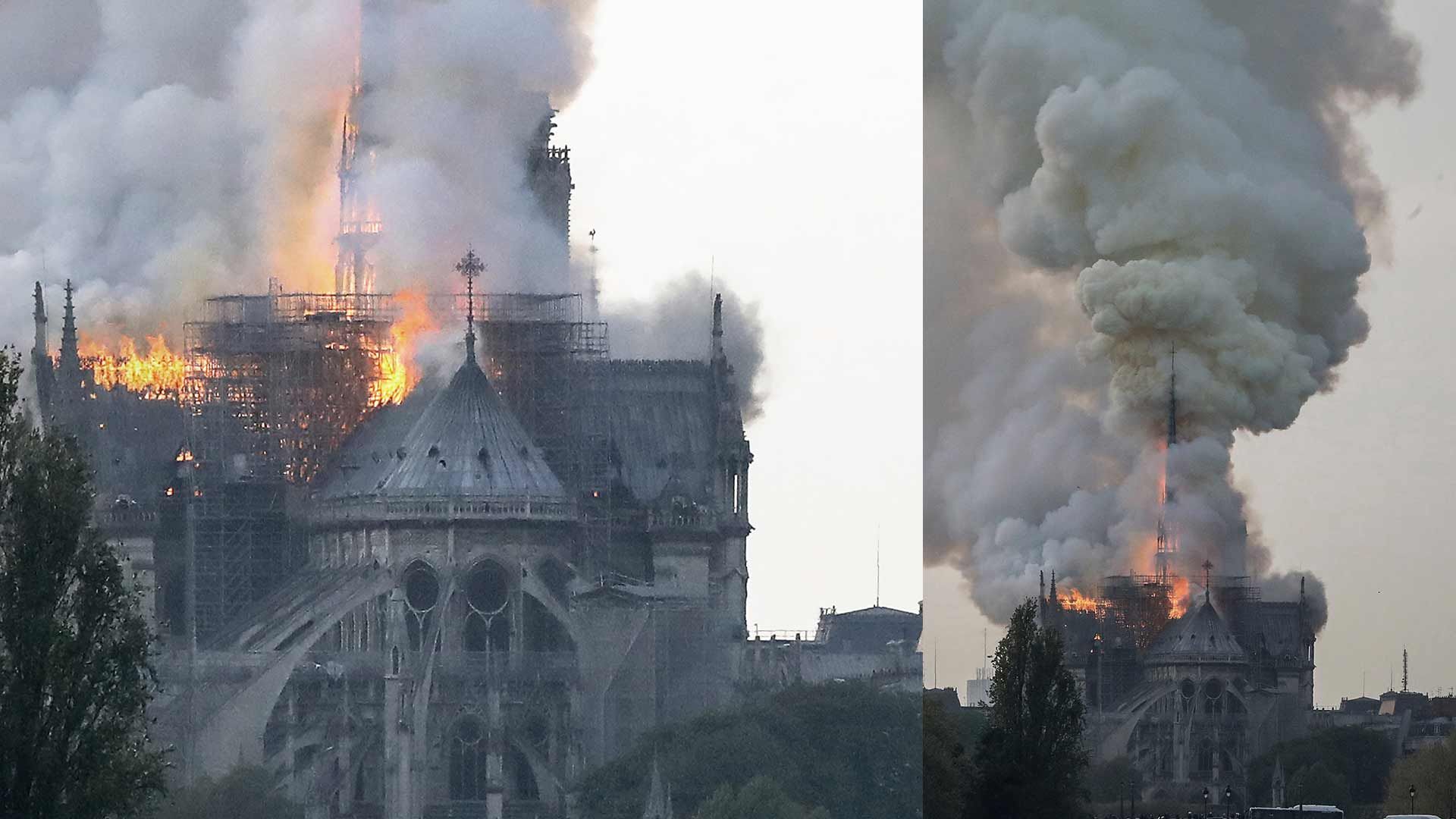 4:10 PM PT -- Officials believe the cathedral towers will be safe, and the fire is currently cooling after the roof collapsed earlier. French President Emmanuel Macron has vowed that everything will be rebuilt. Photos taken inside the cathedral appear to show the interior relatively unharmed.

Notre-Dame Cathedral has gone up in flames and the famous building is in danger of burning to the ground.

Plumes of smoke could be seen erupting Monday evening in Paris from the spire of the cathedral. The historical landmark was evacuated shortly after the fire broke out, and fire crews raced to save the structure.

As the fire raged on, tourists lined the streets and took photos and videos of the tragic scene.

An official said the start of the fire was currently unclear, but many are speculating it could be related to renovation work currently being completed at the cathedral. Last year, the Catholic Church in France pleaded for funds to help save the crumbling church, which has been standing for more than 850 years.