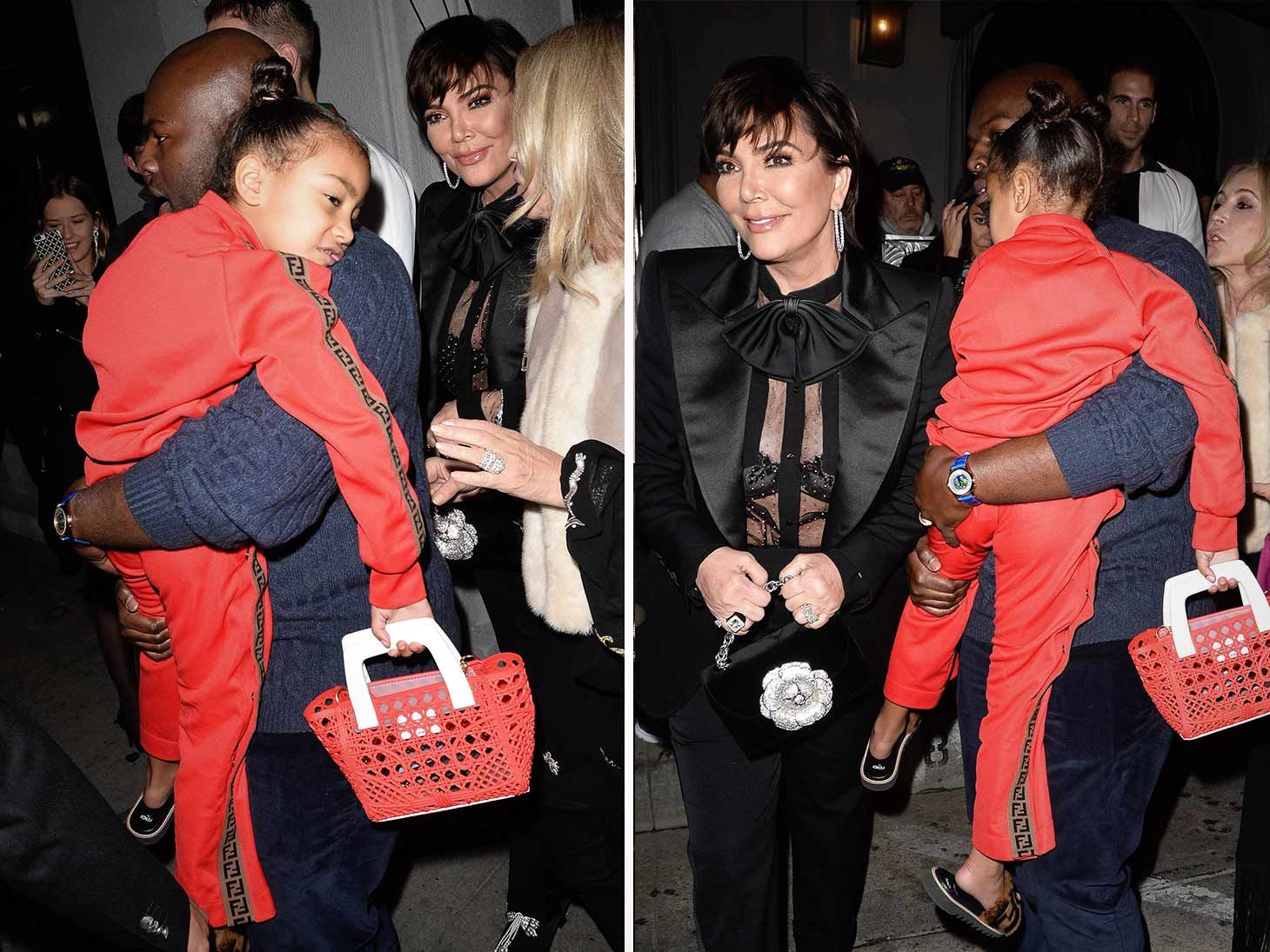 North West Partied Past Her Bedtime With Kris & Kourtney as She's Carried Out Of L.A. Hotspot

North West kicked off her weekend by hitting the hottest restaurant in all of L.A., and by the time they left she needed a boost.

Kim Kardashian and Kanye's daughter was seen walking into celebrity hotspot Craig's with Auntie Kourtney in West Hollywood on Friday night, but didn't make it out the same way. The famous spawn looked ready to put on a show, wearing a red Fendi sweatsuit with adorable matching bag.

Craig's is the place to be seen for stars and last night, North had an endless stream of talent to admire.

All the excitement seemed to be too much for North because she looked exhausted as Corey carried the youngster out of the restaurant and into a waiting vehicle.