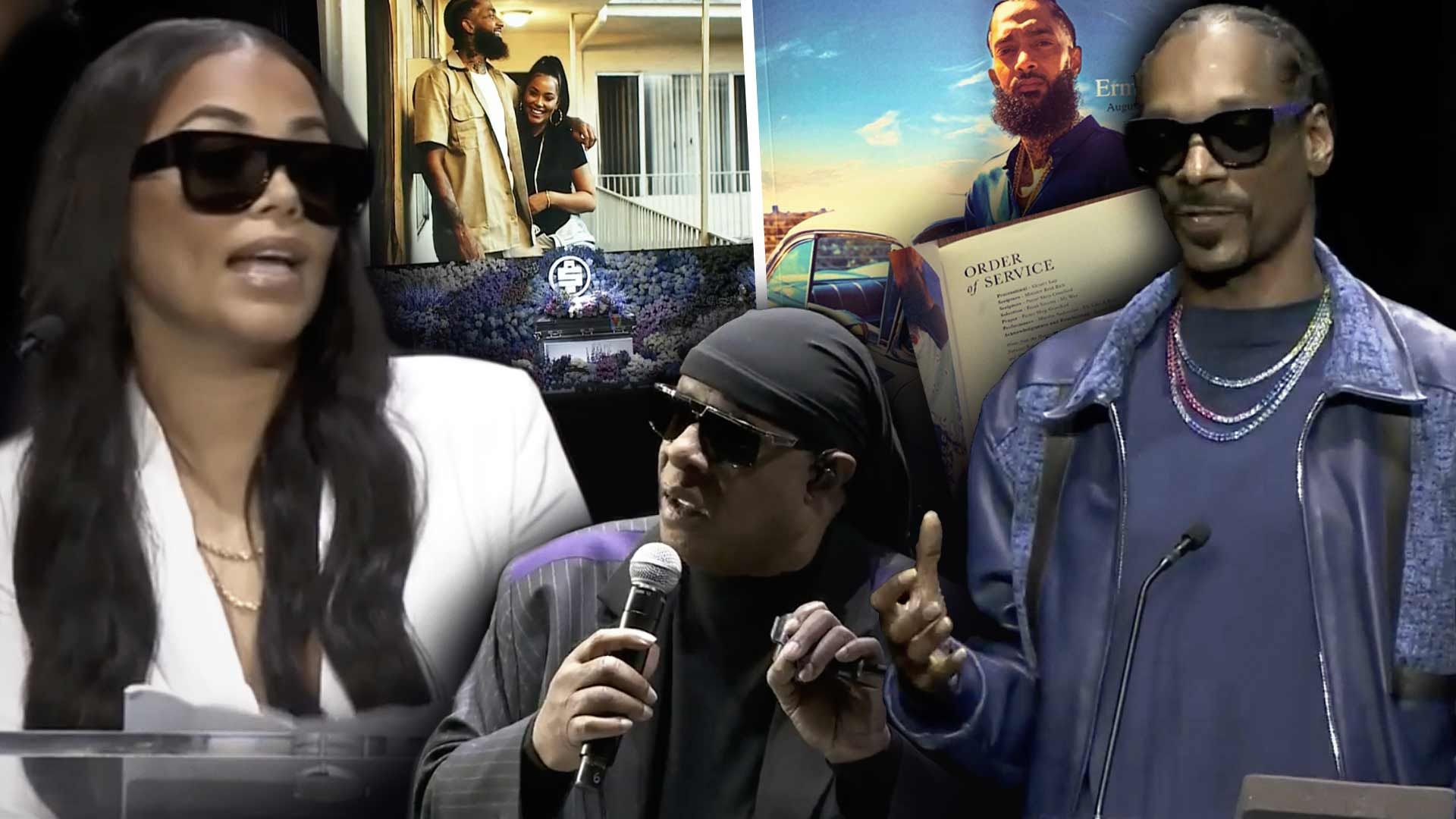 The Nipsey Hussle memorial, dubbed "Celebration of Life," is taking place at the Staples Center in Los Angeles as family and friends gather to remember the slain rapper.

You can watch the memorial live stream below.

Karen Civil read a letter written by President Barack Obama for the memorial. According to Civil, Obama penned the letter this morning.

"I’ve never met Nipsey," the letter began, "but I’ve heard his music through my daughters, and after his passing, I had the chance to learn more about his transformation and his community work."

Snoop Dogg gave a moving speech that was both light-hearted and sentimental. He told the story of the first time he met Nipsey and how he will always remember him.

Nipsey's girlfriend, Lauren London, held back tears during her speech, where she read a letter she wrote to him while he slept one day before his passing.

Tickets for the event went on sale and were sold out in a manner of minutes. However, we’re told celebrities and close friends of Nipsey are reaching out to other contacts to secure tickets to the highly-publicized event.

We’re told certain members of Nipsey’s team have been tasked with handling the different groups looking for tickets, including family, celebrity friends and friends from the street.

According to the death certificate, Hussle did not suffer long and his death is listed as "rapid."