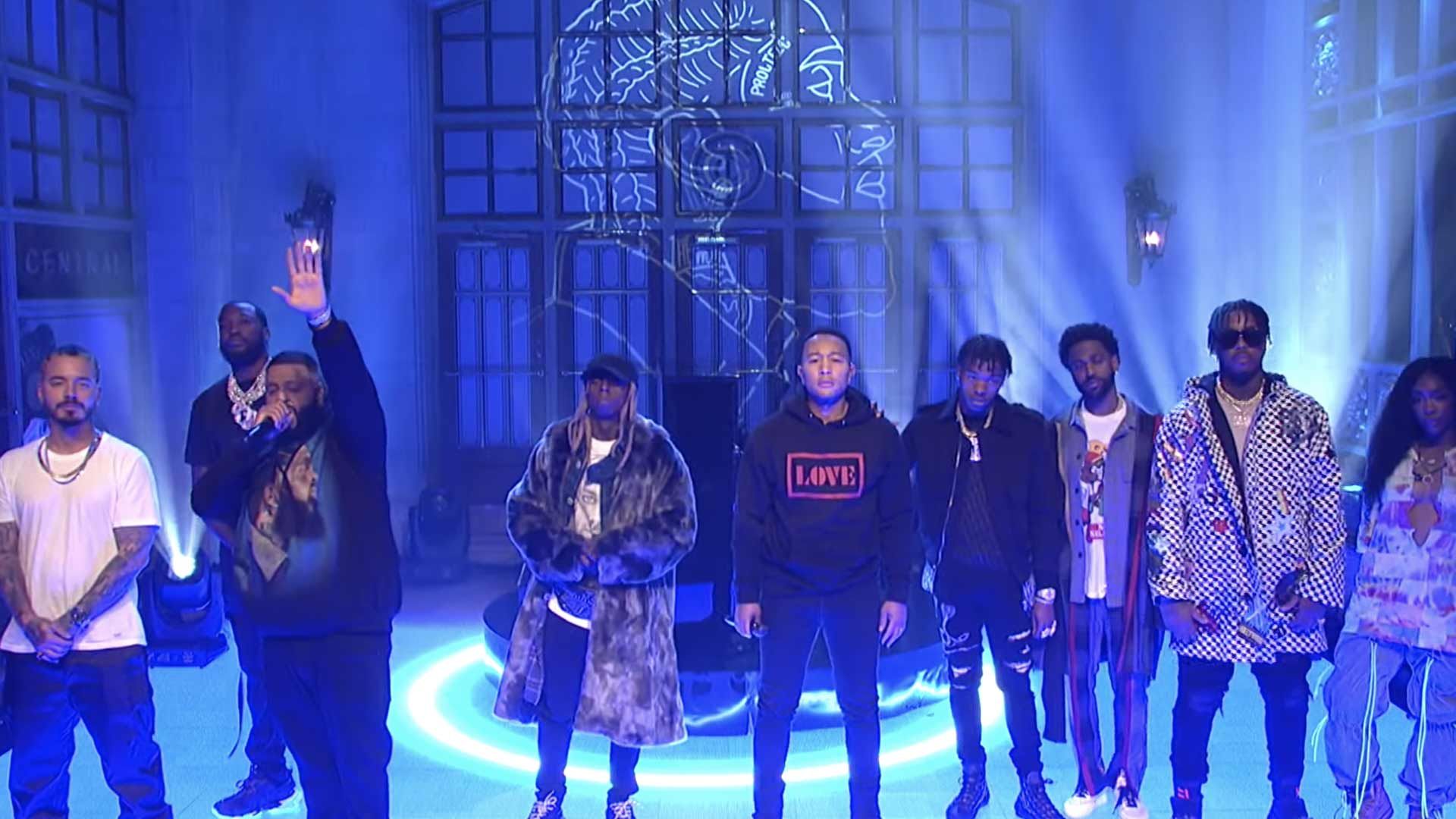 DJ Khaled turned his performance on "Saturday Night Live" into a tribute to the late rapper Nipsey Hussle.

The mega-producer, wearing a sweatshirt with Nipsey's face on it, was joined on stage by Meek Mill and John Legend to perform the song, "Higher," towards the end of last night's show.

"Long live Nipsey Hussle," Khaled told the crowd at the end of the performance. "The marathon continues."

SZA, Lil Wayne, Big Sean, Jeremih, Lil Baby, and J Balvin were also apart of DJ Khaled's appearance, as he first did a medley of "Jealous" and "You Stay" before doing "Just Us," "Weather the Storm," and "Higher."

The music video for "Higher" was released last week and was filmed not long before Nipsey Hussle was shot and killed.

Before the song was released, DJ Khaled announced that all proceeds from the song will go to Nipsey’s children, Emani and Kross.

"The very title of the song reminds us that vibrating on a ‘Higher’ level was the essence of Nipsey’s soul,” DJ Khaled said. “It is in this spirit, of moving forward, of preserving his mission that I, my co-writers, producers and label partners are donating 100% of all our proceeds from ‘Higher’ to Nipsey’s children, Emani and Kross."