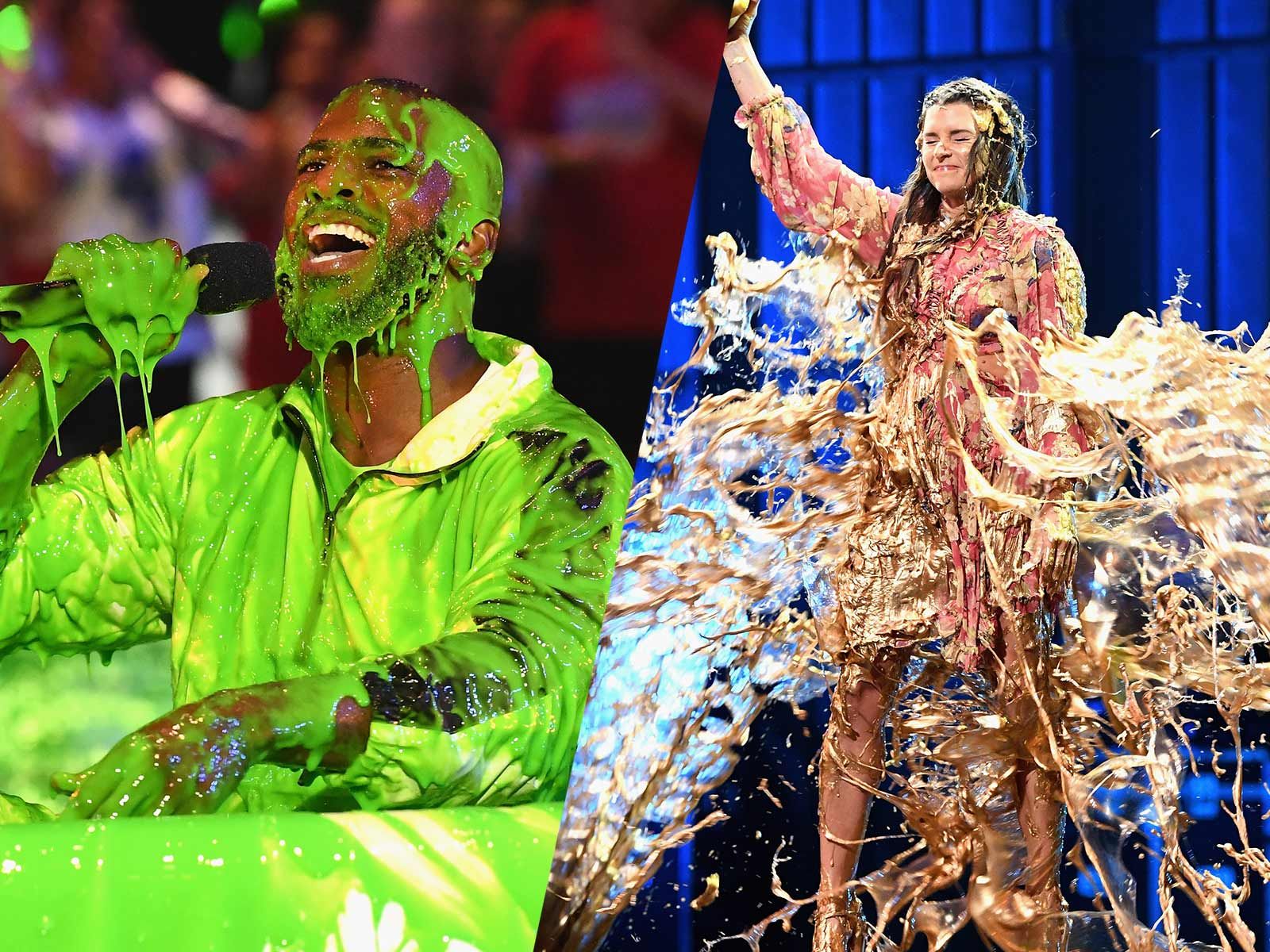 If you're going to a Nickelodeon award show, there is a good chance you're going to get a face full of slime — but Danica Patrick got the gold star treatment with a bucket full of 24K goo for receiving the Legend Award.

The show was hosted by Houston Rockets star Chris Paul, who got an epic electric green sliming and took it like that champ that he is (or would have been had he not gotten injured).

Obvs Serena Williams won for Queen of SWAG and her King of SWAG is none other than Odell Beckham Jr.

King James and Alex Morgan took home the prizes for fav male and female athletes and Lebron also won Player of the Year.