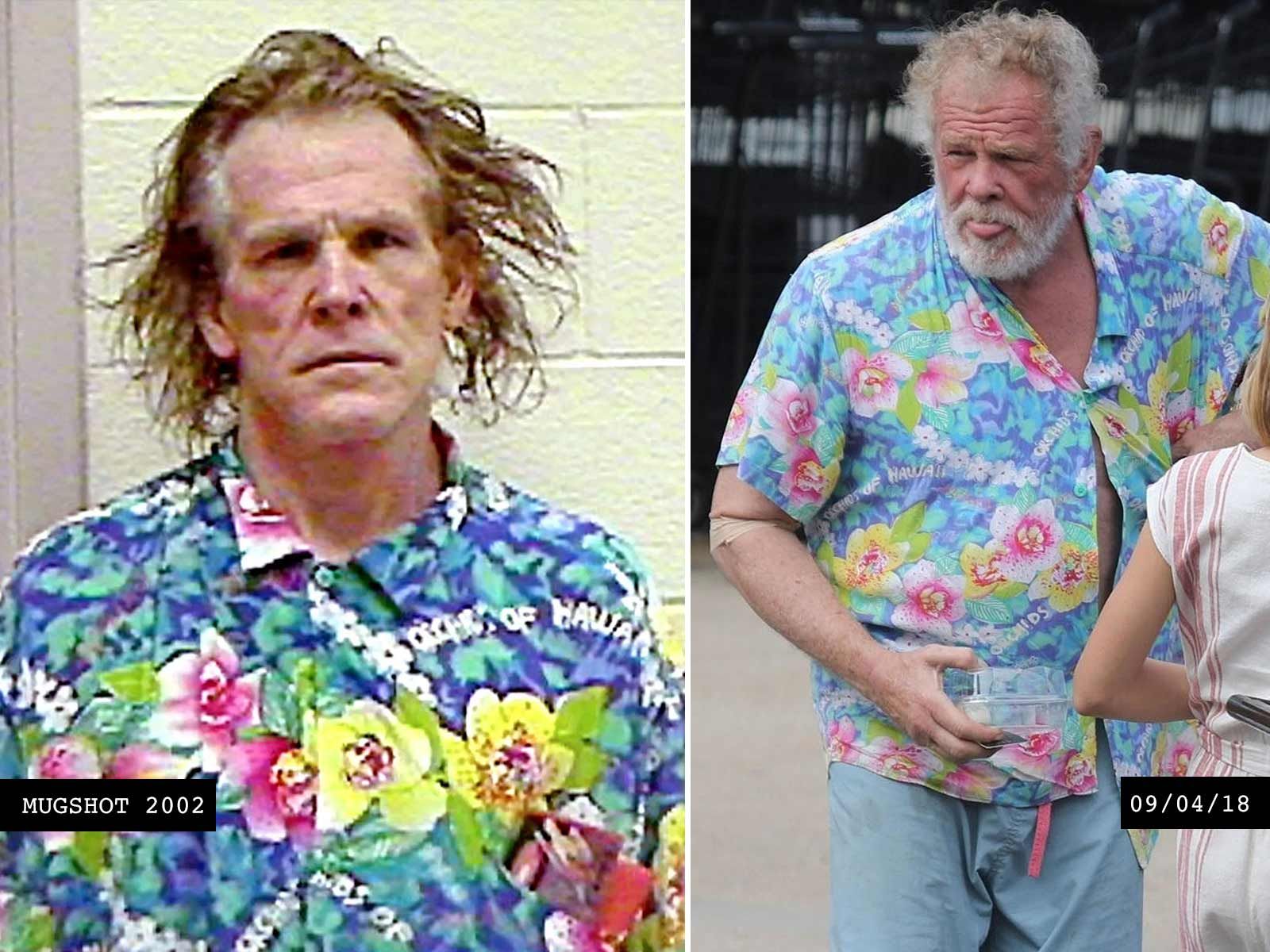 Nick Nolte apparently has a favorite shirt and it just so happens to be the one he got arrested in nearly two decades ago.

The "48 Hours" star was photographed on Tuesday in Malibu sporting a tropical Hawaiian shirt while shopping with his granddaughter.

It seems Nolte misbuttoned the shirt but one thing is certain — it's the same shirt he was wearing for his infamous mugshot in 2002 after he was busted by the California Highway Patrol for DUI.

Notice the undeniable matching pattern, colors and who can look past the Orchids of Hawaii logo all over the shirt?

Although it's a little faded, Nick Nolte must not associate the shirt with the infamous DUI mug ... but we do!