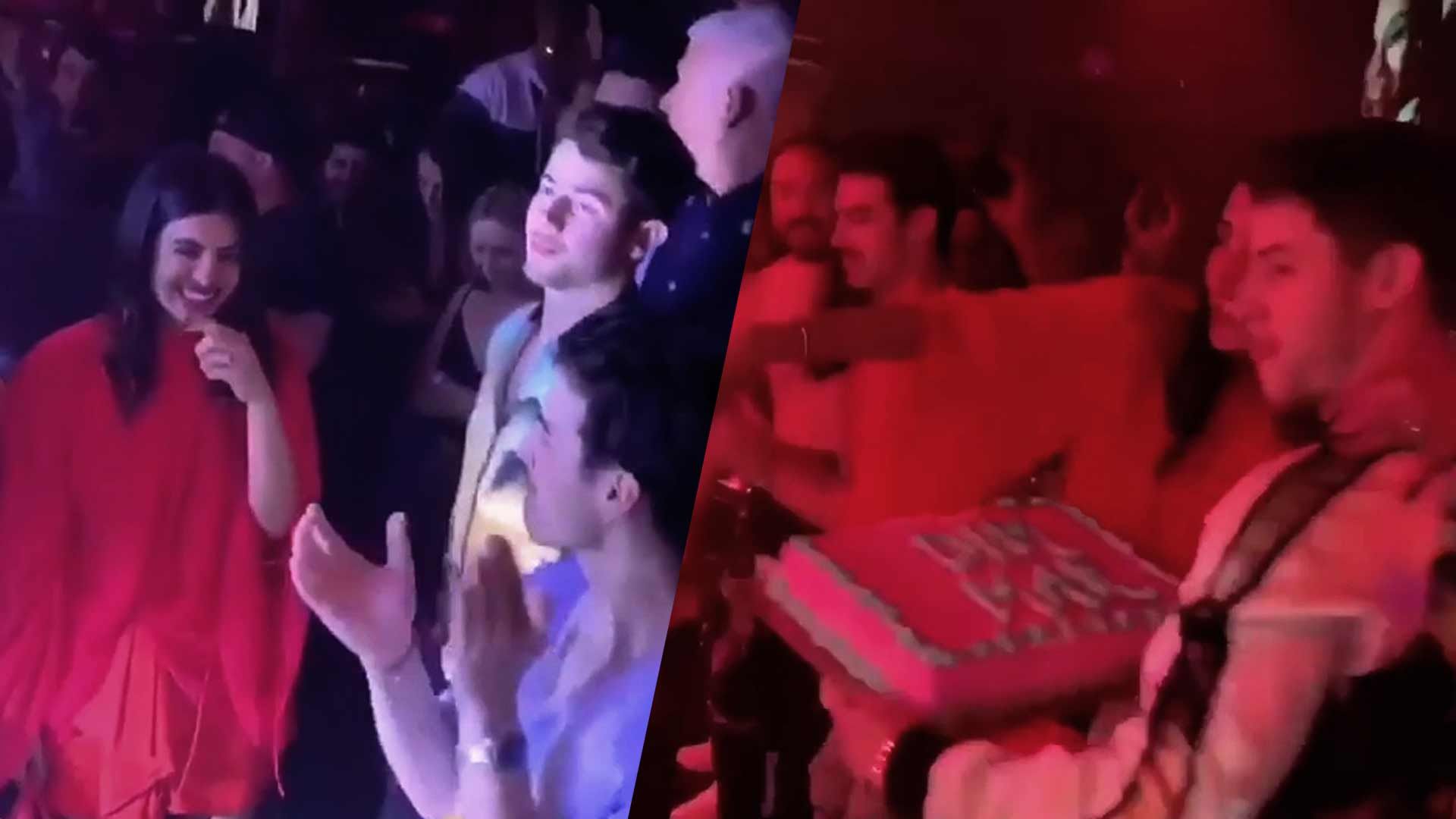 Let them eat cake ... after it's tossed off the stage.

The Jonas Brothers and Priyanka Chopra joined Steve Aoki onstage Wednesday night to participate in his iconic cake throwing, launching multiple sheets of the sweet dessert into the screaming crowd at Story Nightclub in Miami.

Kevin, Joe and Nick are currently in The Sunshine State shooting their newest music video, but that didn't stop two of them from letting loose with one of the highest grossing EDM producers in the world.

While it appears that Kevin and Joe's fiancée, "GoT" star Sophie Turner, missed out on the cake-throwing festivities, Nick's new bride was front-and-center for the messy situation.

You gotta admit, slamming frosted pastry at a crowd of people sounds like a pretty solid night.