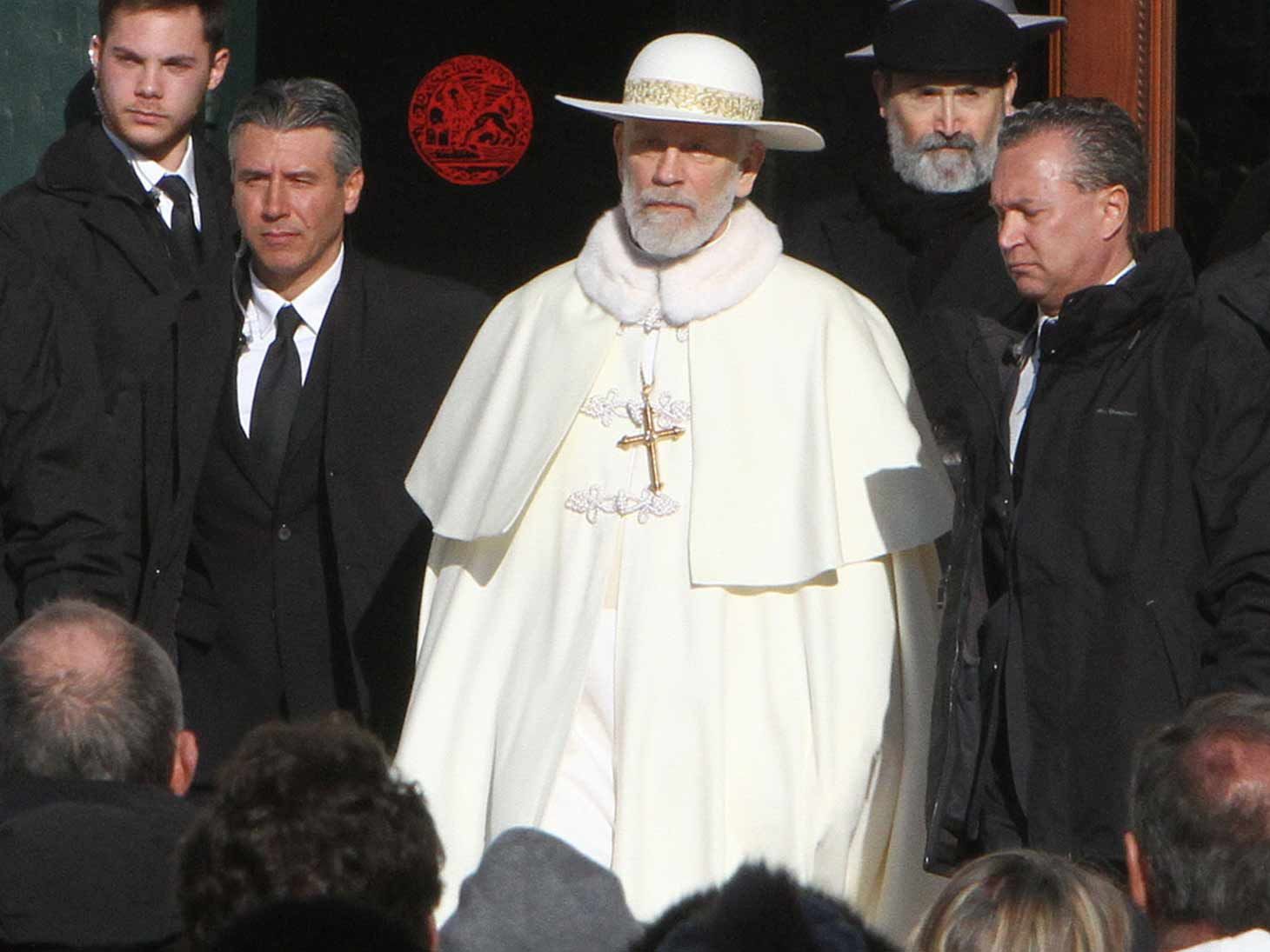 John Malkovich is looking holier-than-thou in the first photos showing him on set of "The New Pope" and it seems to be clear which character he'll be playing, despite details being hush hush with the network.

The actor was seen in full costume Thursday in Venice, Italy. Wearing a white soutane and pellegrina, which is Pope Francis' standard dress, it seems his character will be of high importance ... maybe even the highest.

In the photos, Malkovich is snapped in several looks. Switching up his funky zucchetto for a more traditional one, but always bearing the cross around his neck.

Just yesterday, HBO revealed a teaser showing Jude Law in the forefront with Malkovich in the background. "I just confessed four sins looking at this photo," the caption read.

"The New Pope" is an eight-part series that follows Law's character, Pope Pius XIII, after the events that took place on "The Young Pope."