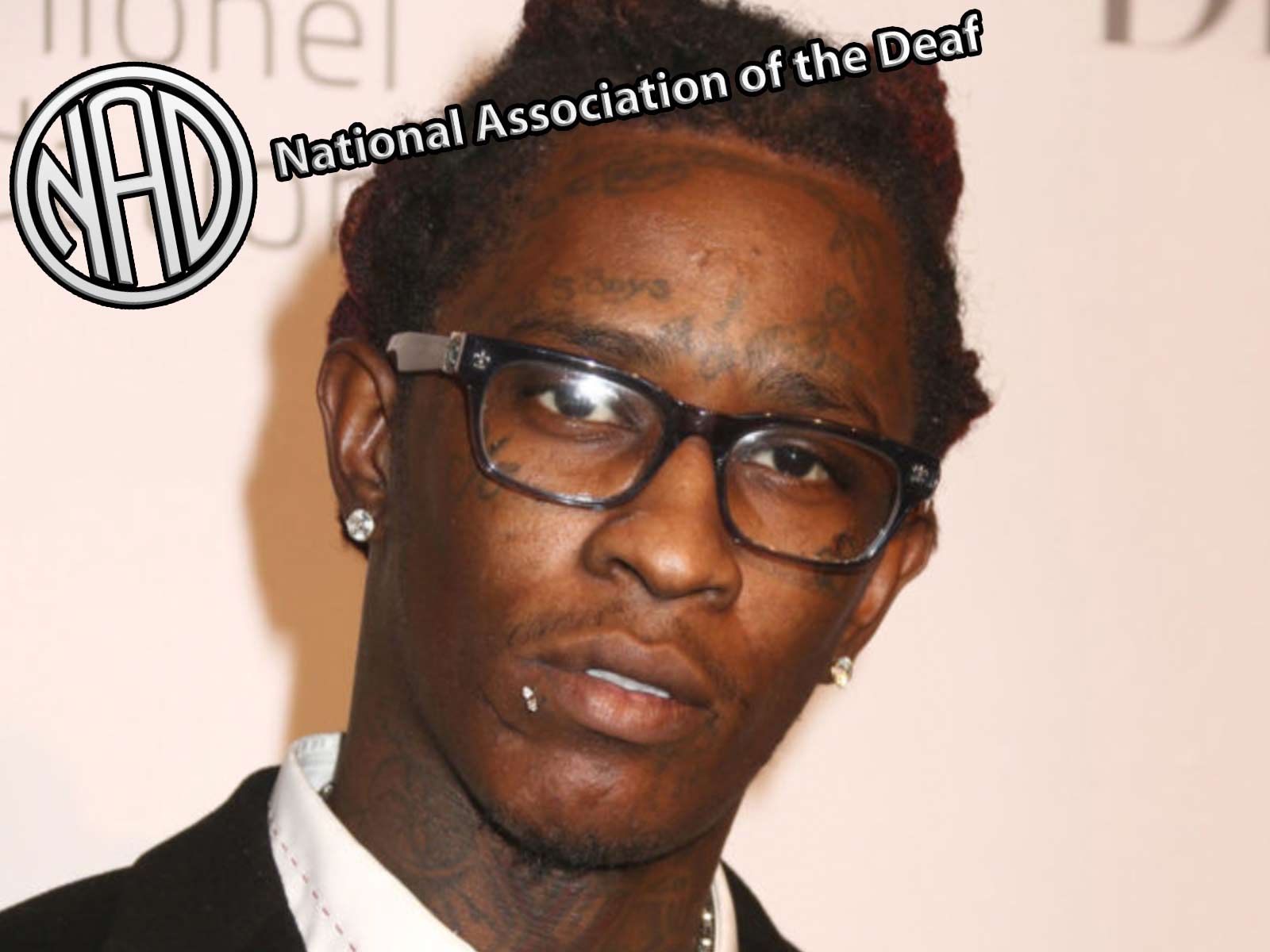 Young Thug 'Should Make Music Accessible to the Deaf' Rather Than Not At All, Says Org

Young Thug made the Internet collectively say "huh?" earlier this week when the rapper announced he wouldn't be releasing new music in 2018 to show support for his deaf brother.

Thug also said he wants to "act deaf" for the rest of the year in an interview with Hypebeast, explaining, "I've got a brother who can't hear or talk, so I want to act deaf for a year. So I ain't going to put out no music this year."

While Young Thug's announcement garnered a lot of confusion and a bit of controversy, a spokesperson for the National Association of the Deaf tells The Blast it would be better for Thug to help raise awareness for the deaf community by making his music more accessible to the deaf, rather than not releasing it at all.

NAD says the rapper could make it happen by enlisting deaf people to do American Sign Language renditions of his songs, and adds that "Deaf and hard of hearing people, like everyone else, enjoy all kinds of music especially when the music is made accessible."

If Young Thug ends up taking NAD on their suggestion, he should definitely enlist superstar interpreter, and viral sensation, Holly Maniatty.