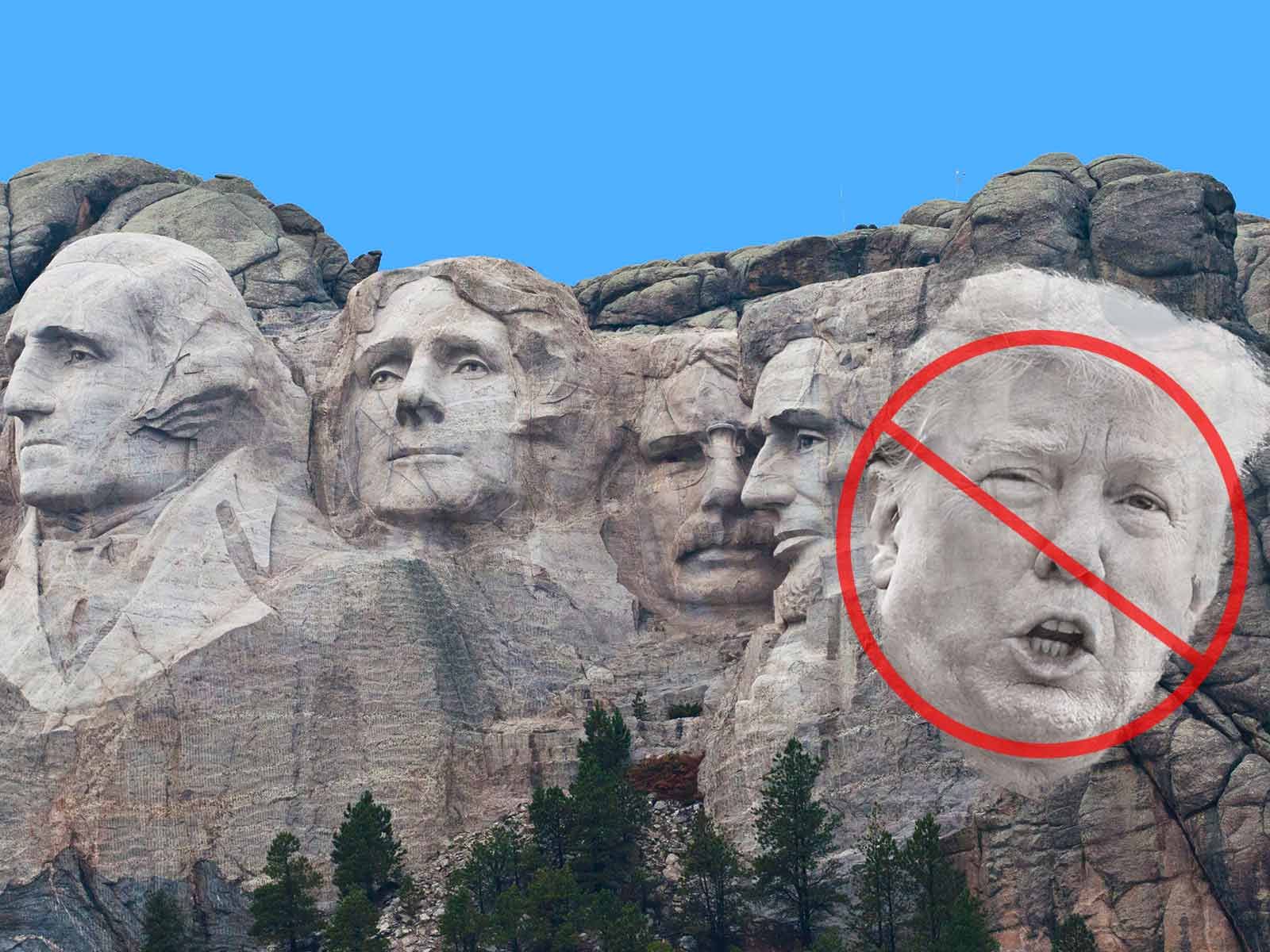 Mt. Rushmore Is Set in Stone ... No Chance of Donald Trump Making the Mountain

An official for the National Parks Service tell The Blast the mountain sculpture carved into the Black Hills in Keystone, South Dakota has "no viable stone" to add any additional images or Presidents, adding that all the available stone has been "fully utilized."

Over the past few days Don Trump Jr. has been joking (kind of) and rallying for #45 to join the famed monument. You may also remember, shortly after being sworn into office Trump reportedly told South Dakota rep. Kristi Noem, "Do you know it's my dream to have my face on Mount Rushmore?"

The official from NPS also told us that it would not be right for anyone to change the artistic vision of Gutzon Borglum, who carved the sculpture from 1927 to 1941. We're told during the initial construction Borglum envisioned for the Presidents to appear much larger, and even wanted to include George Washington's chest and hand, but because of the strength of the granite he was forced to make changes in size.

We're told the National Parks Service appreciates the thought of wanting to put new Presidents on the mountain because it reinforces the importance of the National Monuments and Mt. Rushmore as an "American icon," but unfortunately the Yuge addition is just not possible.