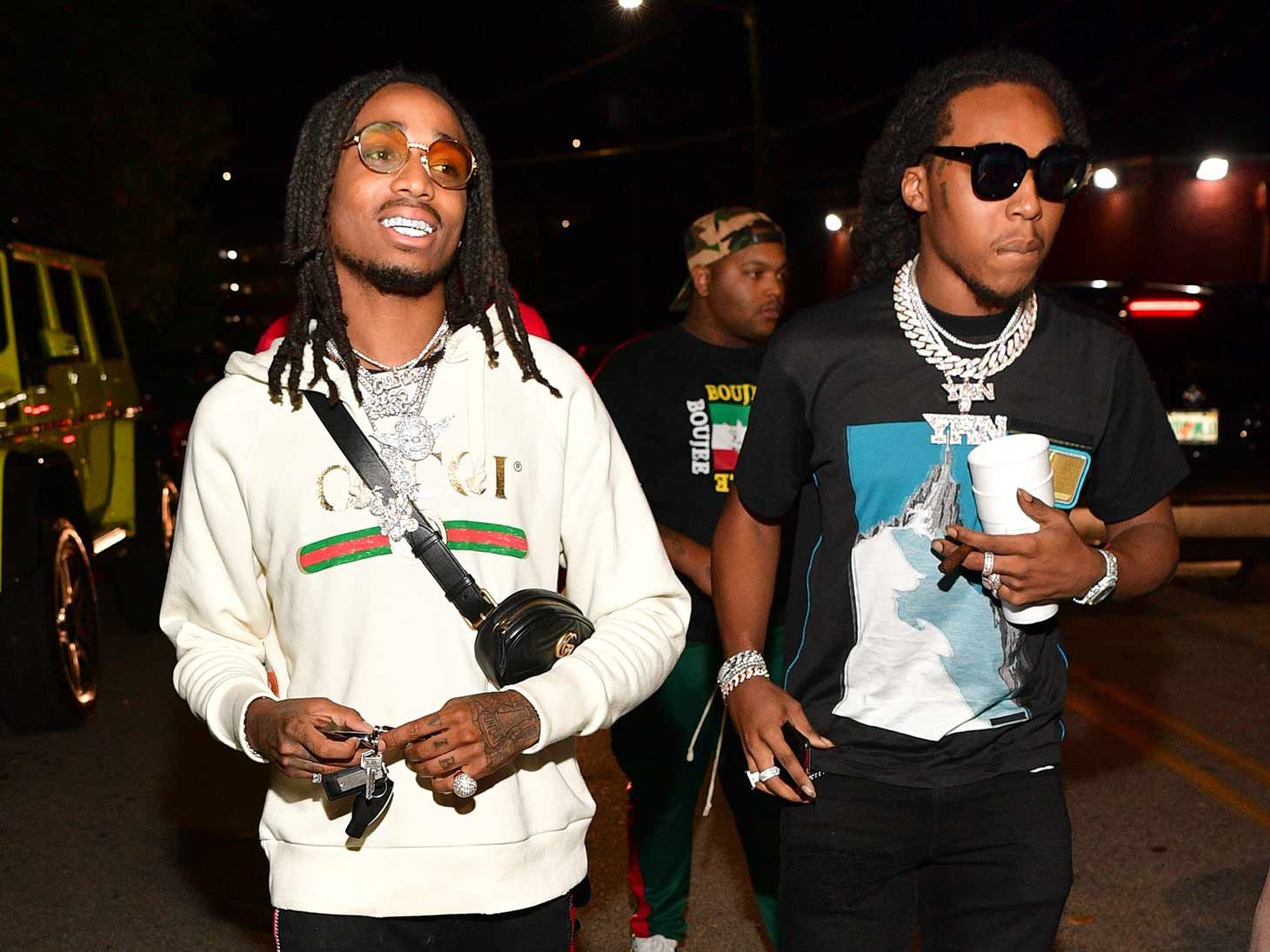 Migos rappers Quavo and Takeoff have avoided giving their depositions in a lawsuit over a bunch of clothing they allegedly took from a music video shoot but now a judge has ordered them to sit for questioning.

According to court documents obtained by The Blast, the judge in the case ordered the depositions be completed on or before April 15, 2019.

The plaintiff in the case, Marcus Clark, had been seeking $20,000 in damages because he claimed the rappers skipped their last depo, even after he traveled to Georgia for them. But the judge denied his request because the duo had stated they'd be unavailable so they were under no obligation to be there.

All three members of Migos are defendants in the case and Offset has yet to be deposed either but the order only made mention of Quavo and Takeoff.

Clark originally Migos in 2017 after he claimed he dressed them on May 16, 2016 for the music video for the song "Bad Intentions" with Niykee Heaton. He claimed to have provided $20,471 worth of clothing and accessories that he claimed were never returned.

The designer sued to get his money back and also asked the court to award him $400,000 in general damages and another $600,000 in special damages.

Migos responded to the lawsuit and denied the allegations though they didn't exactly say they didn't walk off the stuff — they argued that Clark "consented, either expressly, impliedly or by operation of law, to the acts and omissions of the Defendants with respect to the subject property, which bars or reduces any recovery to which Plaintiff would otherwise be entitled to against the Defendants."