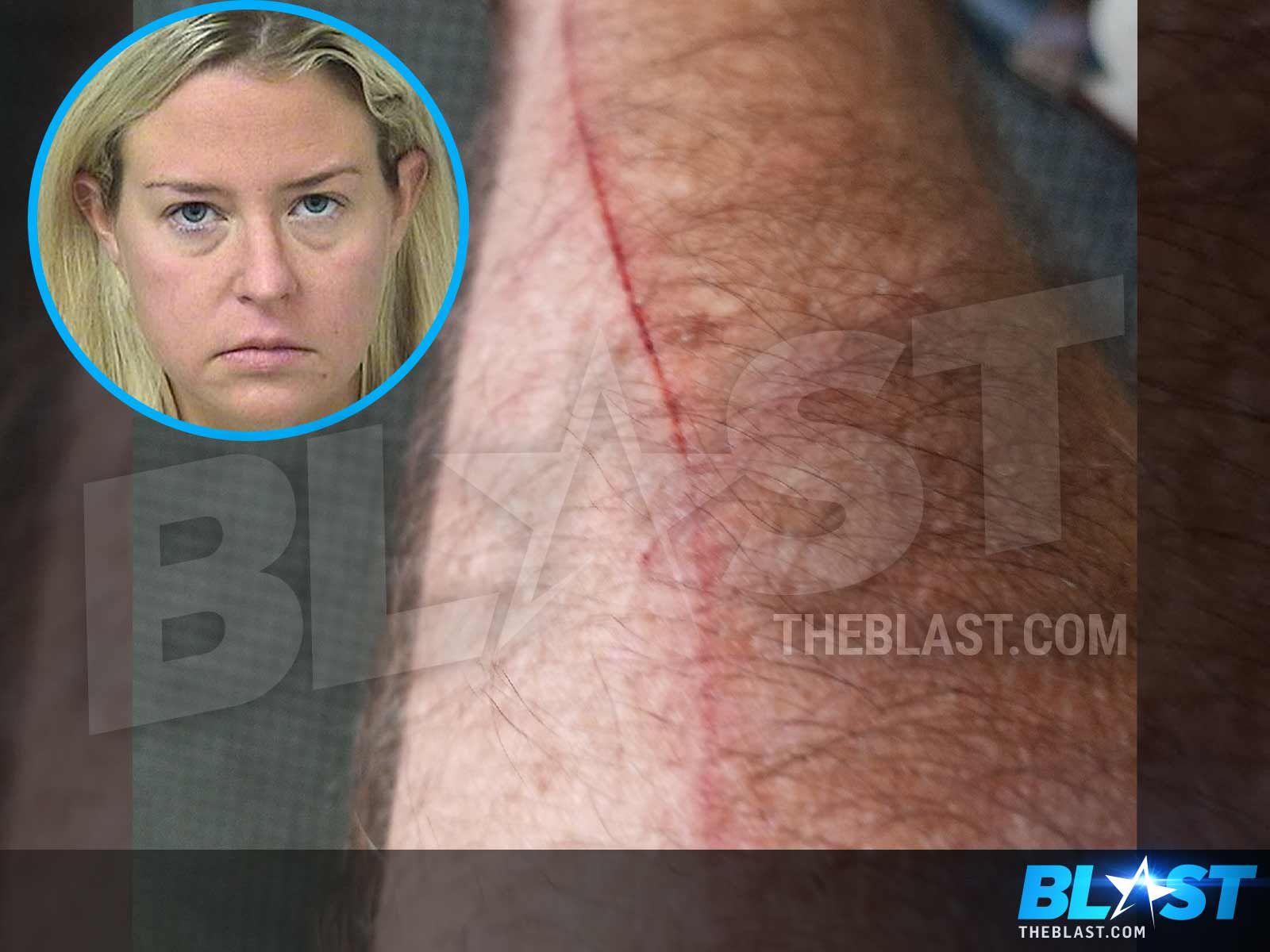 Michael Lohan wasn't fibbing when he claimed he sustained injuries from broken glass during a fight with Kate Major, and has the wound to prove it.

In a photo obtained by The Blast, Lohan's arm can be seen with a long scratch, received from a broken candle holder after it was allegedly hurled by Major. Lohan claimed to throw up his arms to protect himself from the glass when he sustained the injury.

As we reported, the argument between Lindsay Lohan's father and stepmom started as a fight over a cell phone, and escalated to Kate being arrested for simple battery.

She's currently being held without bond.