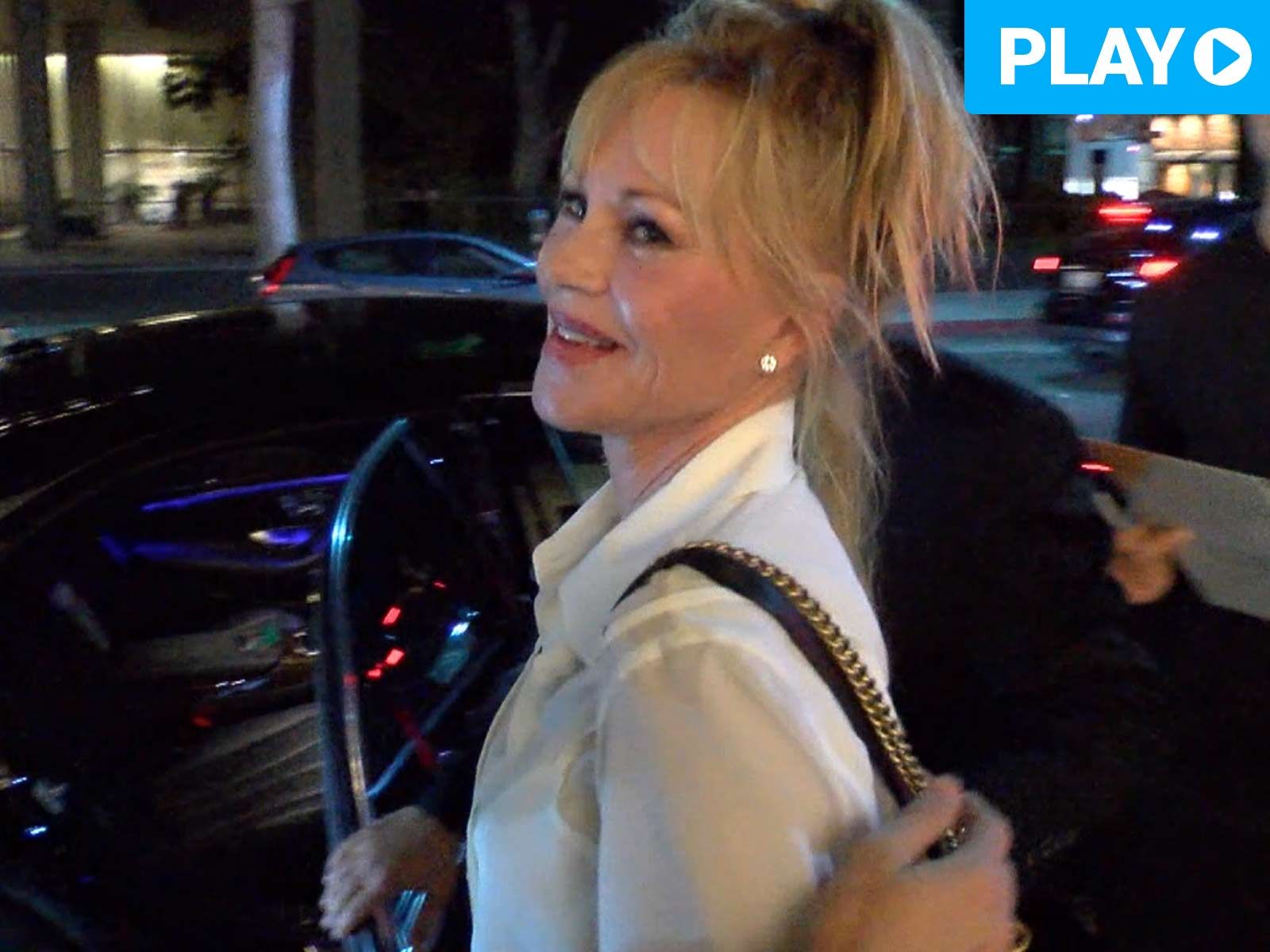 Melanie Griffith almost let the cat outta the bag when asked about the rumored relationship between her daughter, Dakota Johnson, and Chris Martin.

Griffith was leaving an art gallery in Beverly Hills when a crafty photog asked her if she likes the band Coldplay.

Griffith couldn't hide her smile when she admitted she's a fan ... but then literally zipped her lip when asked if she approves of Johnson dating Gwyneth Paltrow's ex-husband.

Speculation has been rampant since the two were spotted on a sushi dinner date in Beverly Hills earlier this month.