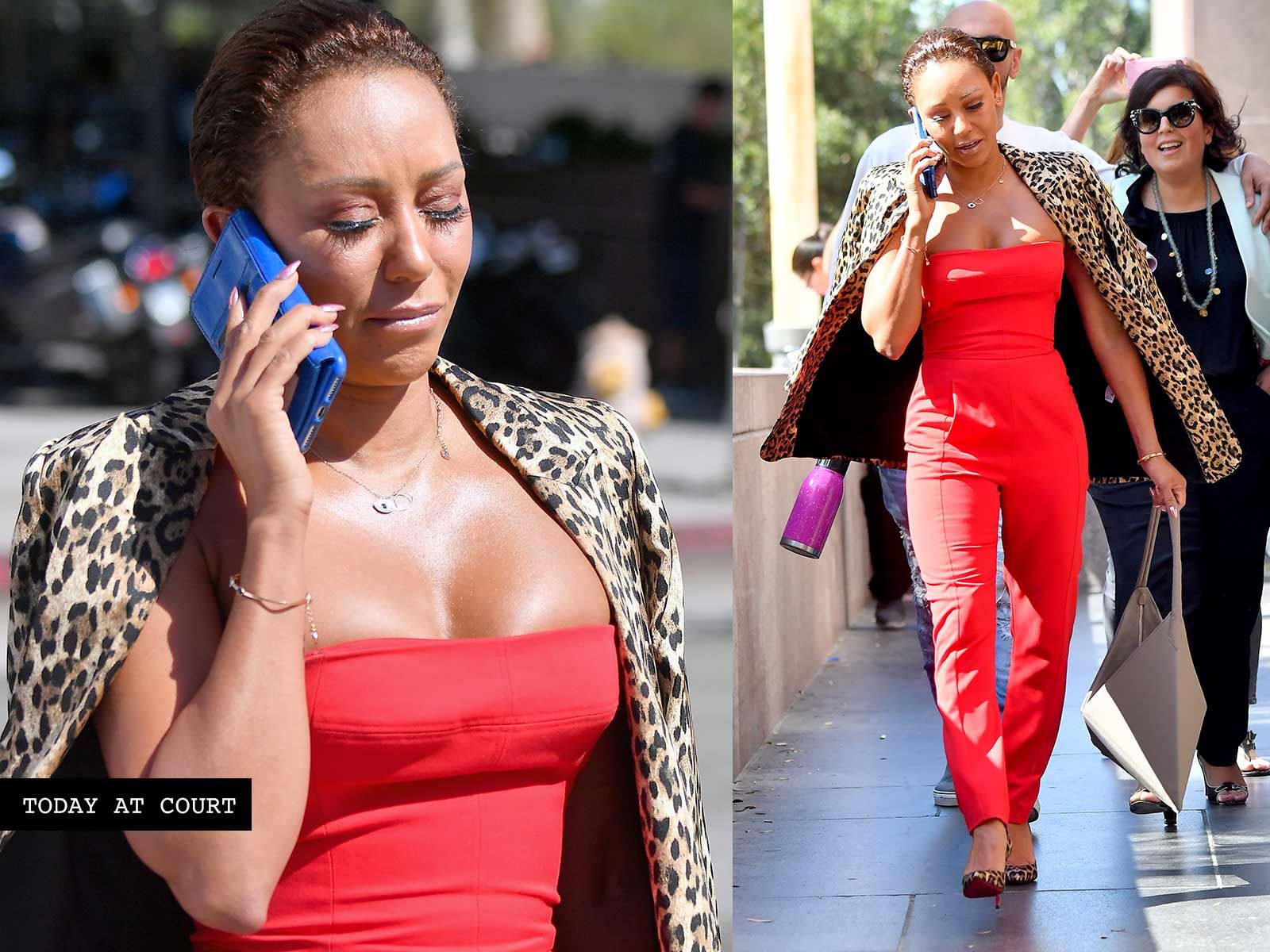 1:00 PM PT — The hearing ended and the judge placed a gag order on both parties. The next hearing was set for Tuesday.

Mel B's drinking problems are so bad, a former caretaker for her kids claims, that her children should not be left around her without supervision.

The Spice Girls singer and her ex, Stephen Belafonte, are battling it out over custody today in a Los Angeles courtroom. Ahead of the hearing, a man named Russell Updegraff — who said he served as a caretaker for the couple's two children for several months this year — filed a declaration detailing Mel B's "serious drinking problem."

Updegraff claims for the last seven months, he served as Angel and Madison's sole caregiver. He says Mel "usually drinks daily, often passing out later in the day or blacking out."

He says she often starts the day with beer — sometimes as early as 10:00 AM — before moving to wine or hard liquor.

"Melanie will become mean and belligerent or she will be completely off the rails in terms of her behavior," Updegraff claims. "Melanie slurs her words and speaks incoherently about random topics and subjects and jumps from one story to the next, unable to finish one conversation or one task, jumping from one thing to the next."

Updegraff claims that Mel B often asked him to get her cocaine but does not say he saw her do cocaine during his employment. He does say that she used to do cocaine in the past, even saying, "I recall that Melanie asked me if I could get her cocaine when she was in the hospital on the day she gave birth to Angel."

According to his deposition, Updegraff claims her drinking leads to aggressive behavior towards the children. He describes one incident, saying, "Angel came running into my room, claiming that her mother grabbed her, shook her and dug her nails into her."

Mel B also brings strange men home, Updegraff claims, and describes one incident where he claims one of the men "told me that he was taking Madison to the bathroom to shower her off" after they had been in the pool together. Updegraff says he later told her about the incident but she "dismissed the whole issue, saying that’s 'how french people are.'"

He concludes his declaration by saying, "Aside from the obvious alcohol addiction and her addiction to multiple partners that she brings around the children, I truly believe that Melanie is mentally and/or psychologically unstable and is suffering from some form of mental health issue. I do not believe the children are safe in her custody without supervision or monitoring. I do not believe it is in the children’s best interests to be left in her care. Until Melanie gets the help that she needs, the children must be protected."

The custody hearing is scheduled to take place this afternoon.