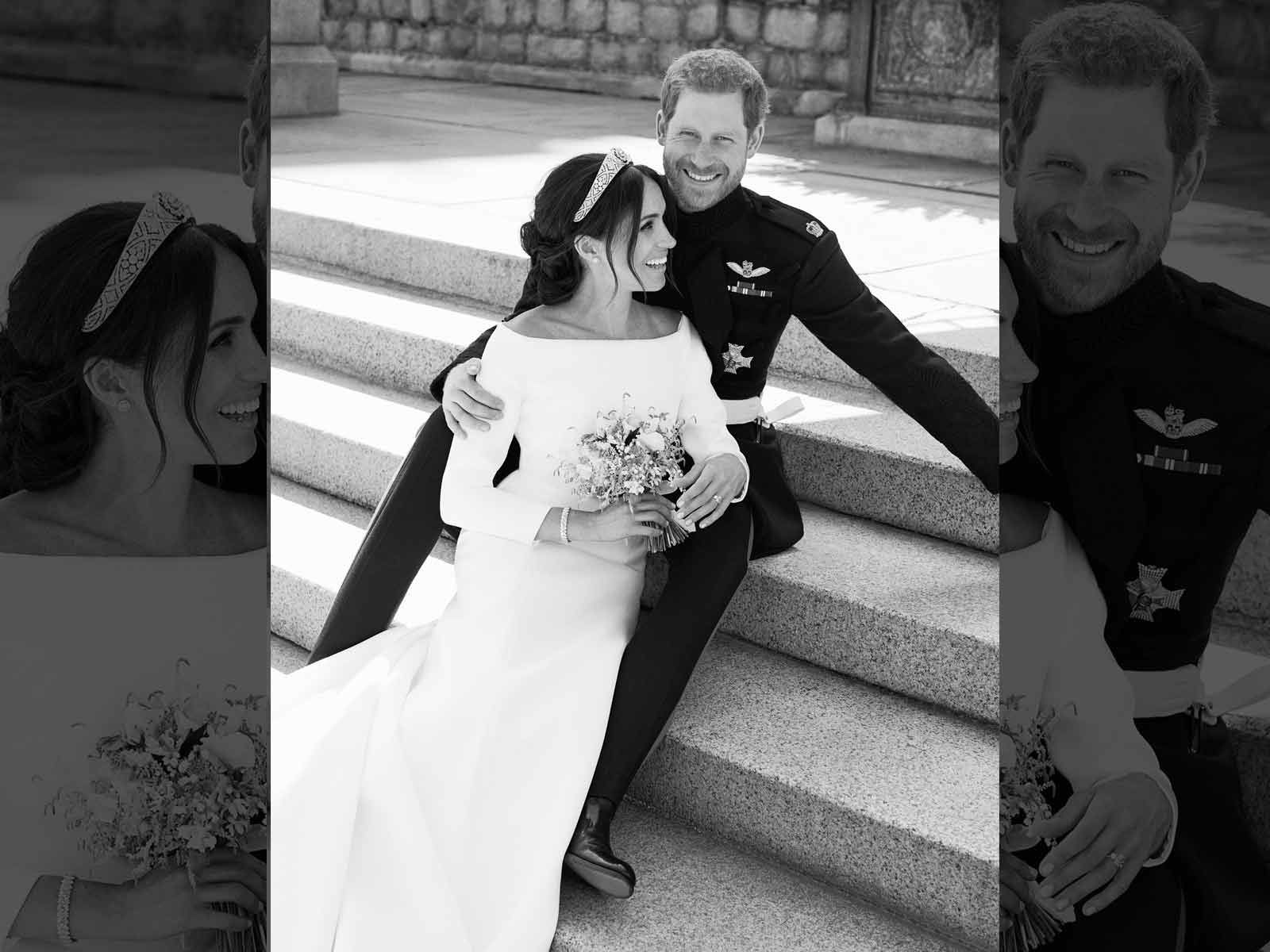 Harry and Meghan's Official Wedding Photos Are Here and They're Stunning

Are you over Prince Harry and Meghan Markle royal wedding mania? Nope? Great, us neither.

Kensington Palace released three official wedding photos of the Duke and Duchess of Sussex and their families from the big day. As you can imagine, they're un-freaking-believable.

In a black and white image, a glowing Meghan Markle is seen resting on the stairs with her new hubby, Prince Harry. The shot is similar to one of the couple's official engagement photos from last year.

Seriously, do you get better looking that these two?! Be still our hearts.

The Palace also released the traditional wedding party photo, which was shot in an ornate room in the palace. The Royal bride and groom are front and center in the shot, flanked by the Queen and Prince Philip, Meghan's mother Doria, the Duke and Duchess of Cambridge and, the Prince of Wales and the Duchess of Cornwall.

The group is surrounded by a handful of the cutest bridesmaids and page boys, including Prince George and Princess Charlotte.

The photo that gave us all the feels though is the shot of the couple along with their page boys and bridesmaids, sans the rest of the fam. Prince George's toothy grin FTW.

The Duke and Duchess of Sussex's seated pose with their teeny bridal party is similar to the official portrait from the wedding of Prince William and Kate Middleton.

Princess Diana and Prince Charles had a slightly older wedding party and took their official shots standing up.

My how the times have changed over the years.

Aside from the noticeable difference in bouquet size, it seems the Royal Family has abandoned the tradition of dressing their pageboys in regalia complete with swords. (Probably for the best.)