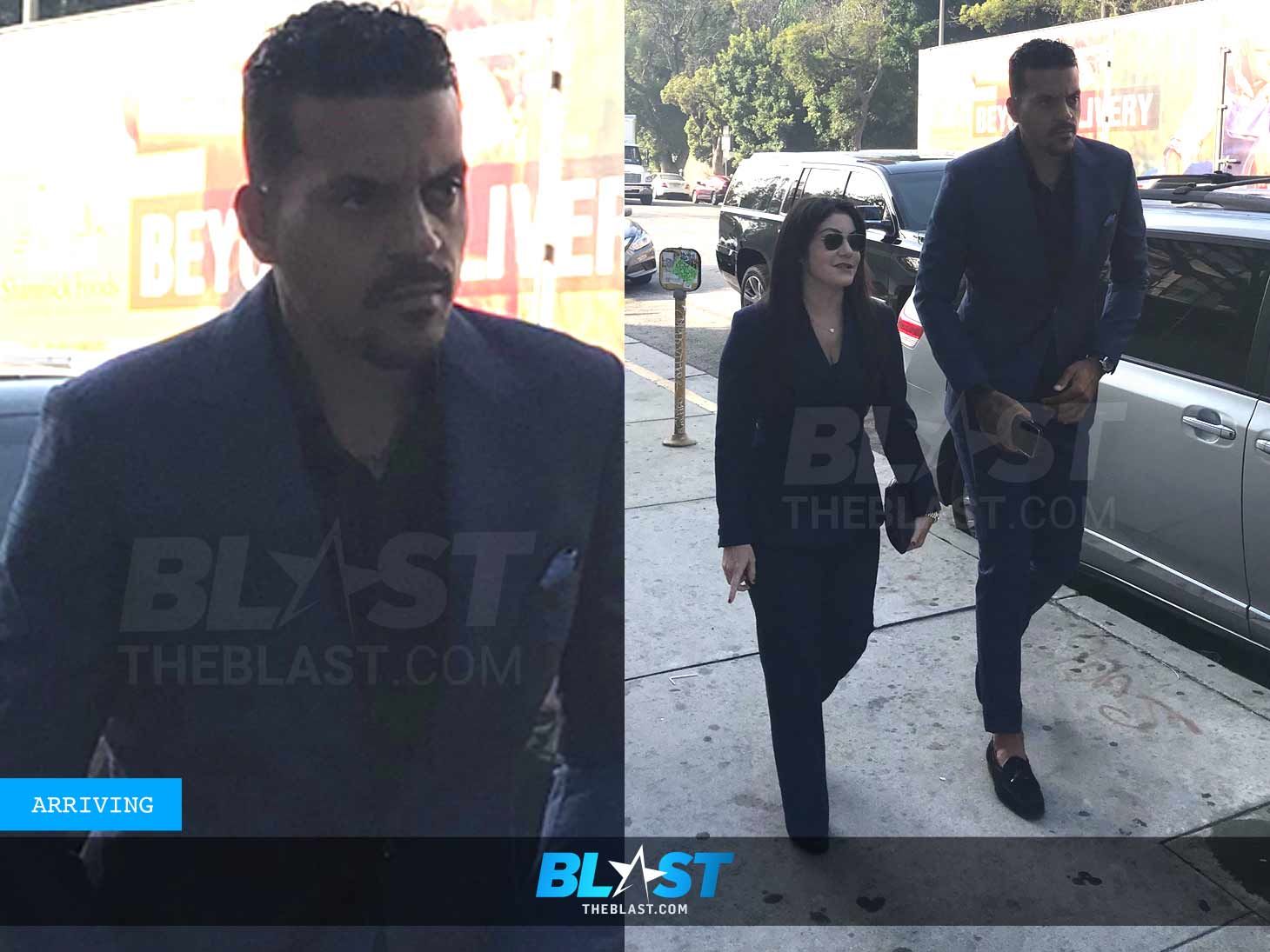 12:25 PM PT: The court is currently on a break, but just before they went to lunch Govan was on the stand testifying. It was also revealed in court that the D.A. rejected charges against the "Basketball Wives" star regarding her arrest and she will not be prosecuted.

In regards to Derek Fisher's involvement, a judge ruled he is allowed to testify but only regarding the incident on August 31 that led up to Govan's arrest.

Matt Barnes and "Basketball Wives" star Gloria Govan are gearing up for a big week as the two will finally get their custody situation finalized after months of bitter arguments.

The former NBA star strode into the courthouse Monday afternoon with his high-profile celebrity attorney, Samantha Spector, but remained silent on what he plans on saying when he takes the stand. He looked dapper in a suit and penny loafers.

As we reported, Barnes wants to take custody away from Govan, claiming she is a danger to their children after her arrest. She recently came out ahead in the negotiations, though, after a judge shot down Barnes' request, but now he is coming in to personally make his case.

The upcoming trial will take care of both the restraining order and the custody dispute, and the court has cleared the books for the week to ensure the stars have all the time they need.

Govan will also appear in court, as she has previously done, and defend her parenting ability to the judge. We're told Derek Fisher is expected to show up with Govan and provide support, which is interesting considering Barnes recently tried to have him discredited as a witness based upon his DUI arrest.