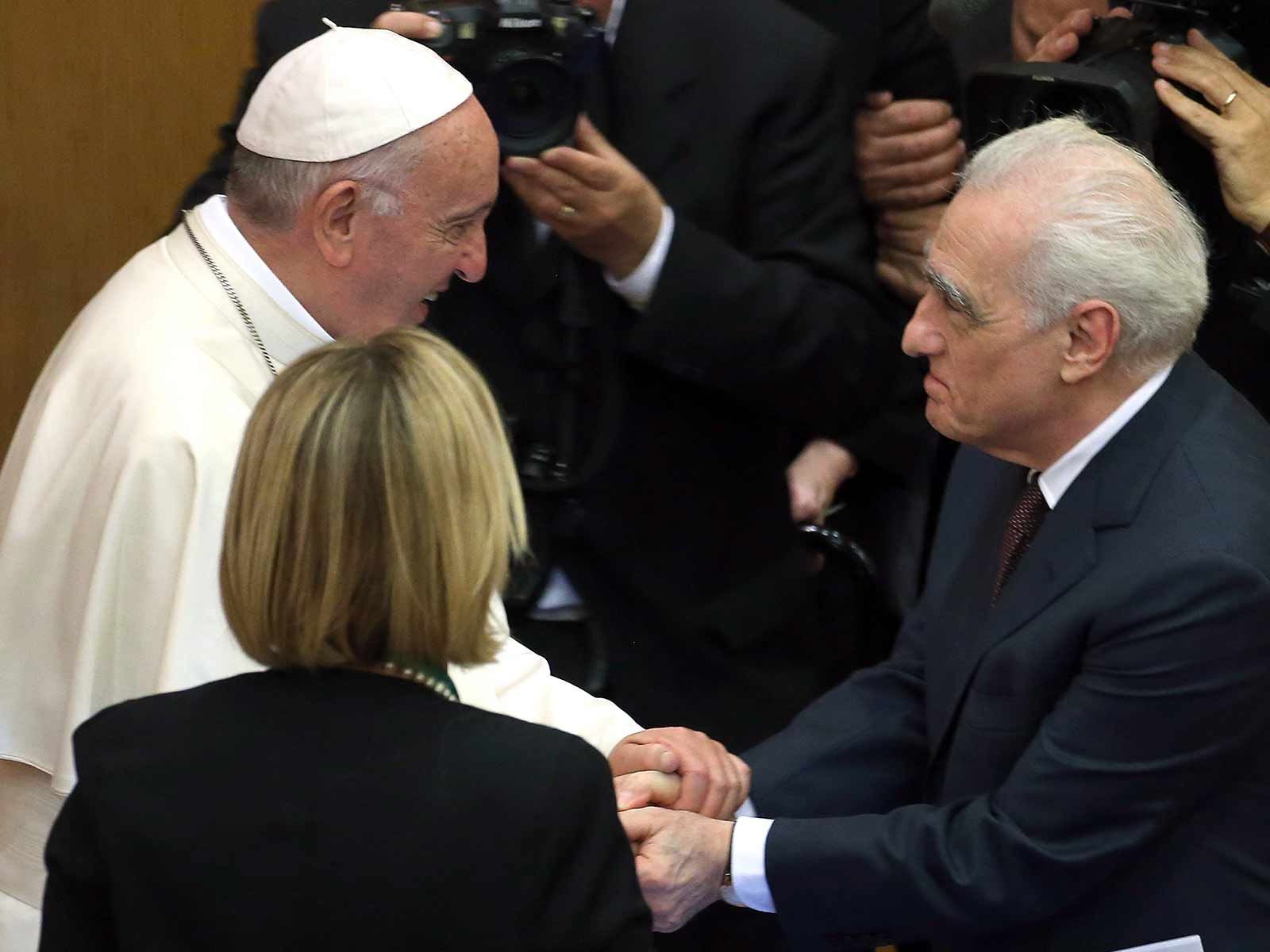 Martin Scorsese Meets With Pope Francis, the Goodest Fella of Them All

As far back as he can remember, Martin Scorsese has always wanted to hang out with the pope.

The famed director — who was once the subject of ire from Christians thanks to his 1988 film, " The Last Temptation of Christ" — was invited to address Pope Francis on Tuesday at a book presentation of "Sharing the Wisdom of Time" at the Augustinianum Institute in Rome.

He continued, "Jesus’ love seemed something that was completely apart, or like foreign, alien often to what I was seeing on the street ... However, even today, when we look around at newspapers and television, it seems that the world is marked by evil. We also see the painful human failings of the institution of the Church itself."

Martin Scorsese has actually scored face time with the pontiff once before — the two previously met in 2016 when he was doing the movie "Silence," which is about a conflicted Jesuit missionary in 17th-century Japan during violent persecutions of Christianity.