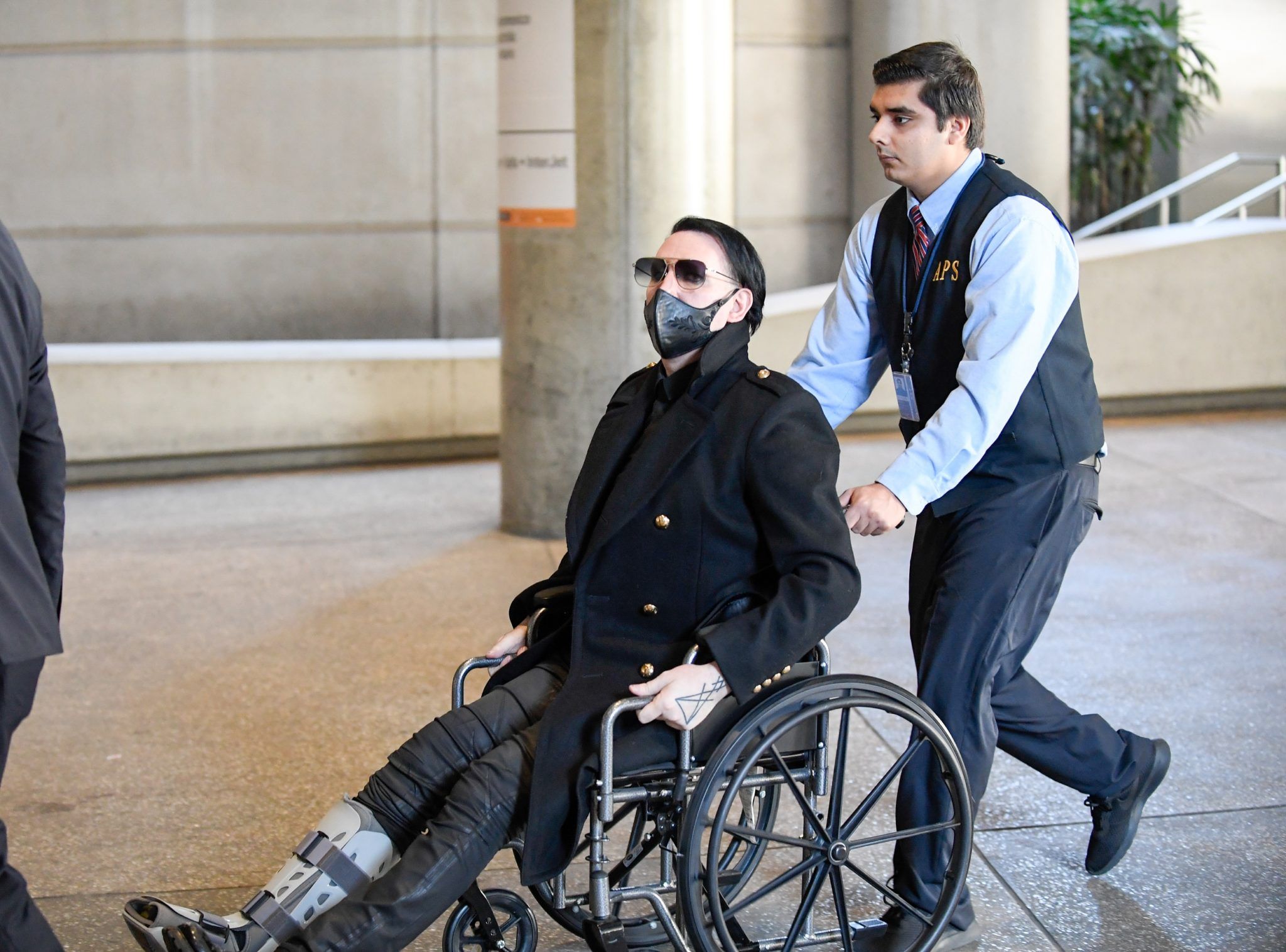 Marilyn Manson looked like a villain from a movie while being wheeled through LAX airport with a broken leg.

The goth rocker was leaving Los Angeles Saturday when he was spotted with his leg still in a heavy-duty boot, but for some reason he also had on a custom leather face mask.

Manson has been performing in a custom throne ever since he busted his leg by attempting to climb an unsecured stage prop. 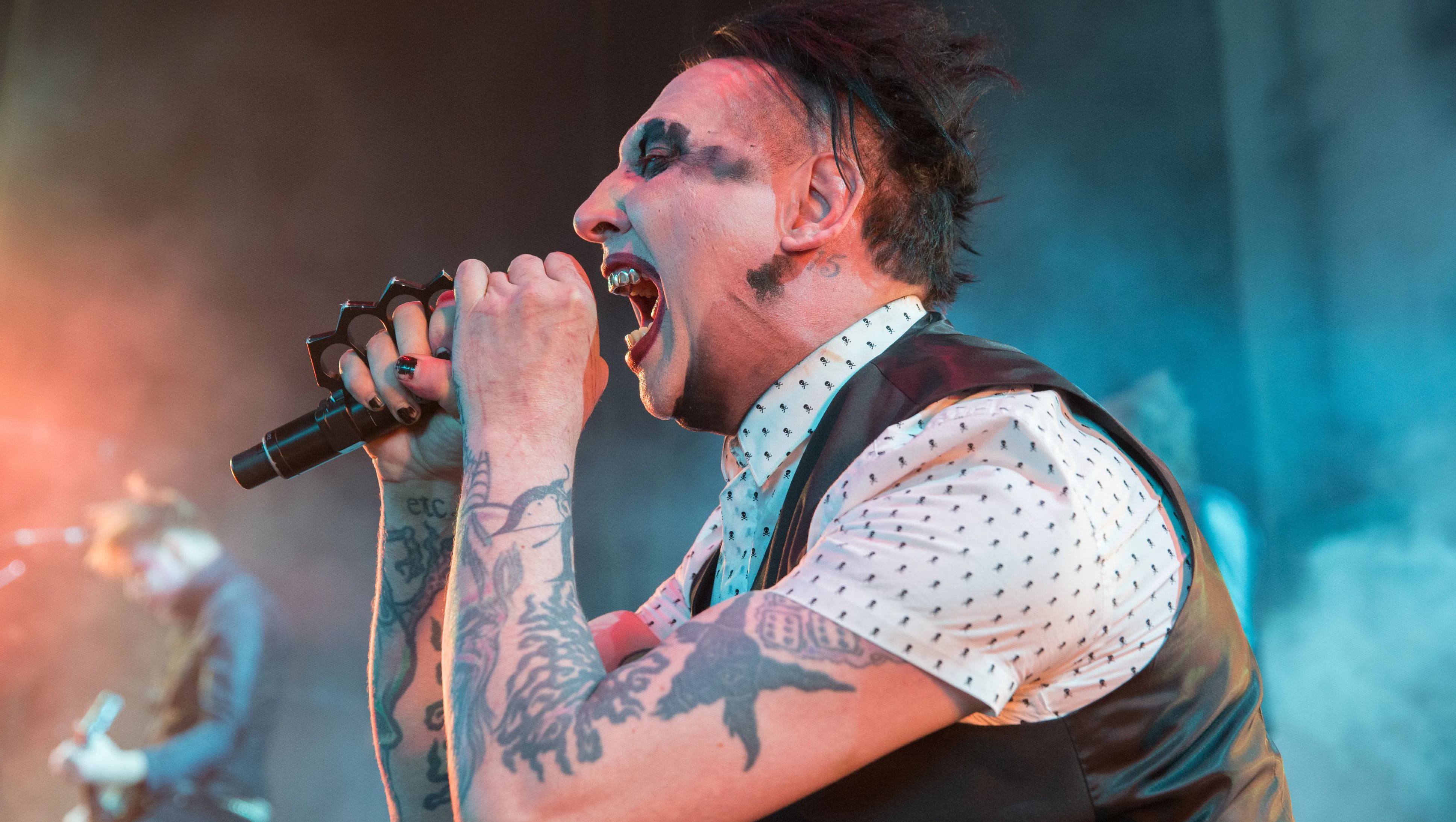 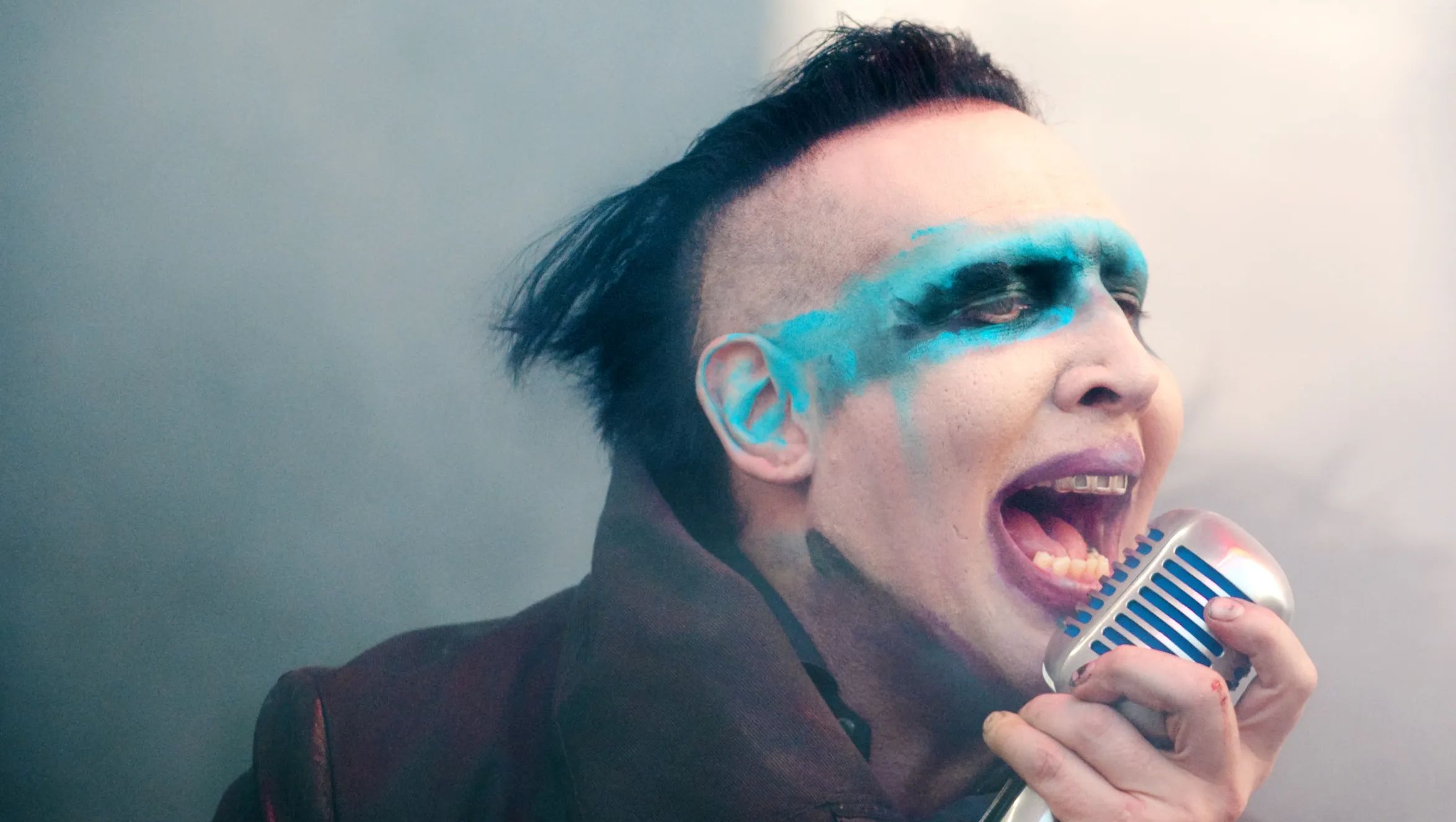 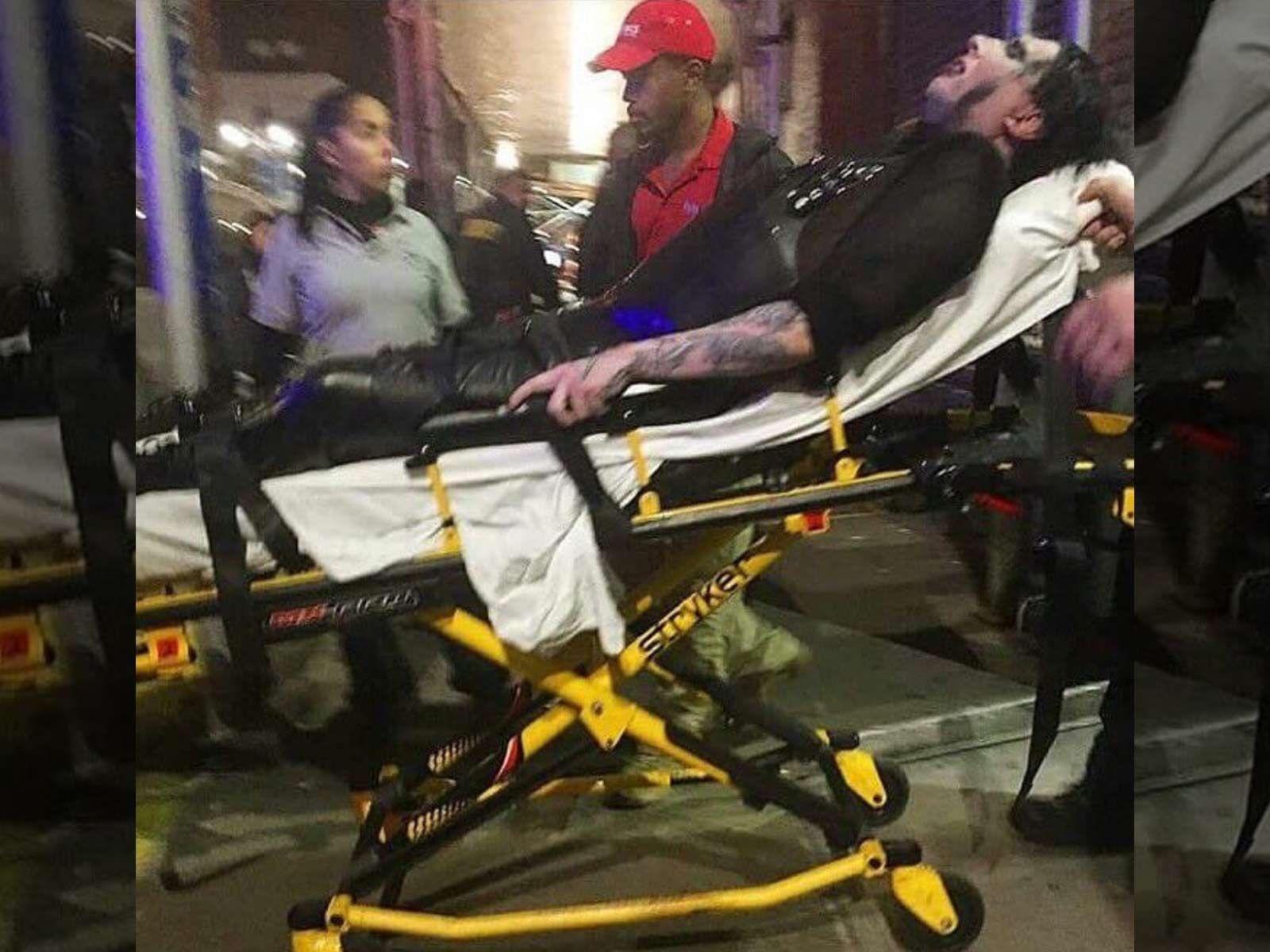 Marilyn Manson Clutches Onto Stretcher After Being 'Gunned Down,' Tour Postponed