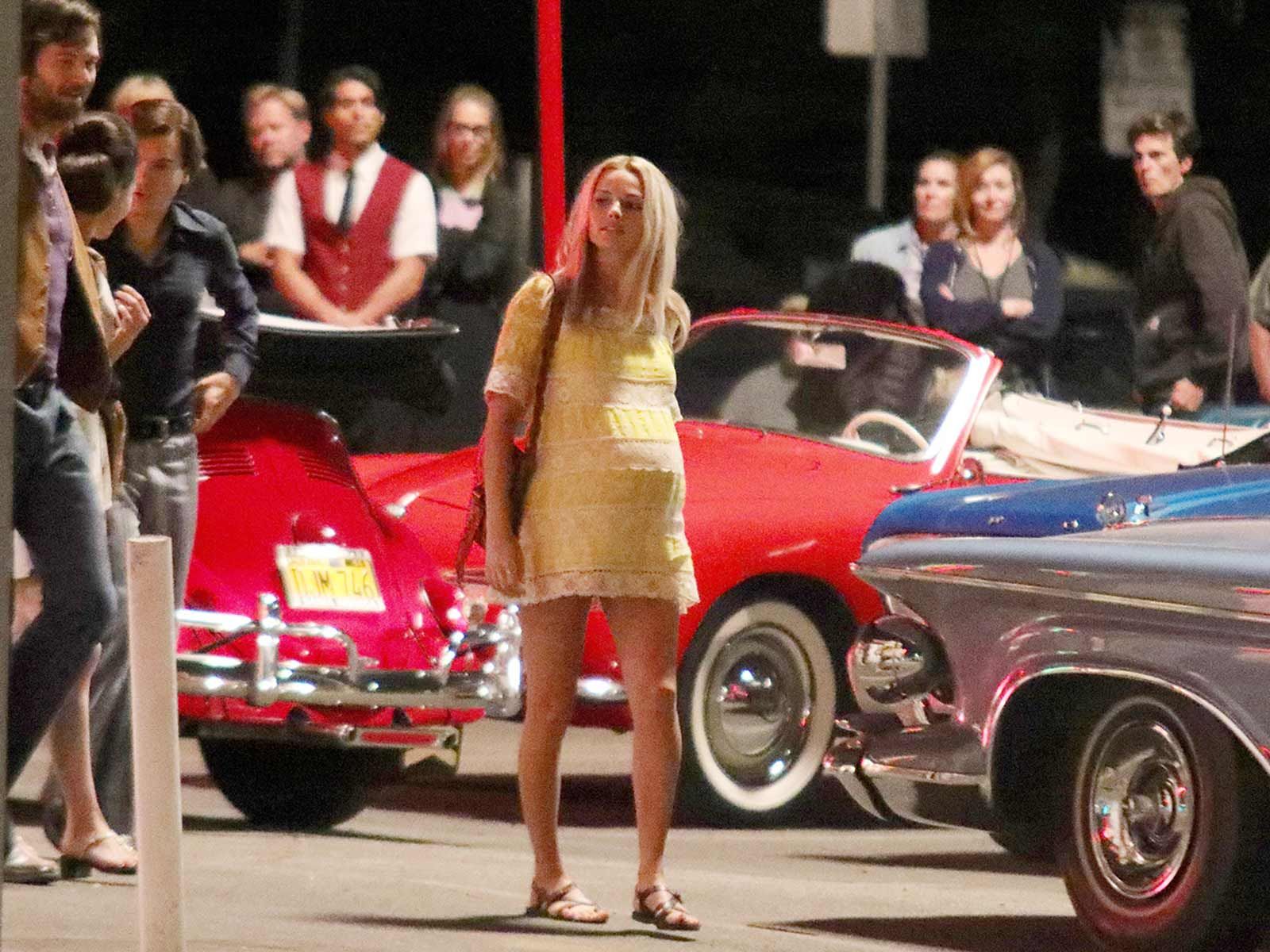 Margot Robbie was shown for the first time as a very pregnant Sharon Tate while filming the upcoming Manson Family murder flick, and unfortunately serves as a grisly reminder that the movie star's baby never saw the light of day.

28-year-old Robbie was in Los Angeles when she was spotted with a prosthetic baby bump on the set of Quentin Tarantino's "Once Upon a Time in Hollywood."

She was seen looking carefree in a bright yellow dress with Emile Hirsch, who portrays celebrity hairstylist and murder victim, Jay Sebring. Sebring was close friends with Tate and was killed along with the actress and her 8-month old unborn child in 1969 by members of the Manson Family cult.

Tate, who was pregnant at the time with Roman Polanski's child, was stabbed 16 times, but none hit the baby. After the brutal killings, the murderers debated taking the baby but left him to die inside of Tate.

The movie is scheduled for release next August, on the 50th Anniversary of the murders.