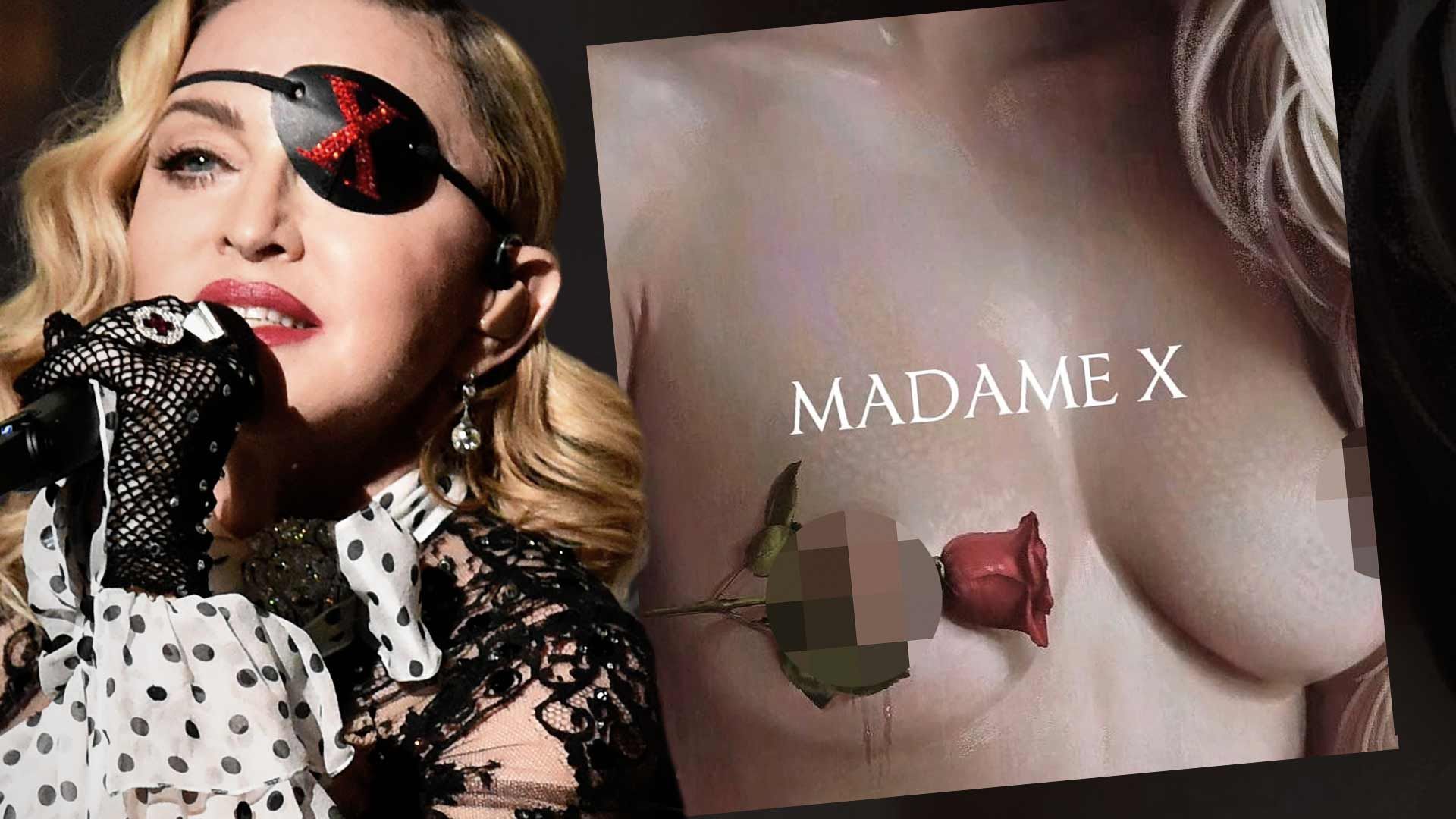 Madonna has revealed the new artwork for her upcoming album and, surprise, it has shock value.

The always controversial singer shared an explicit photo for Madame X, and it's left fans looking over their shoulder while scrolling through IG.

Showing a topless female with fair skin and a rose going through her nipple, the art will definitely make you squirm. "Portrait of A Lady...............Madame ❌," Madonna wrote.

While some feel the artwork is beautiful, others aren't onboard with the suggestive pic.

"Would you want Your Daughter to publish this kind of herself publicly?" one user commented. "No way Instagram will leave this here!" wrote another.

BTW -- we don't think the nips actually belong to Madge.

Many are looking forward to Madonna's upcoming album, which features collabs with Maluma, Swae Lee and Migos rapper, Quavo.