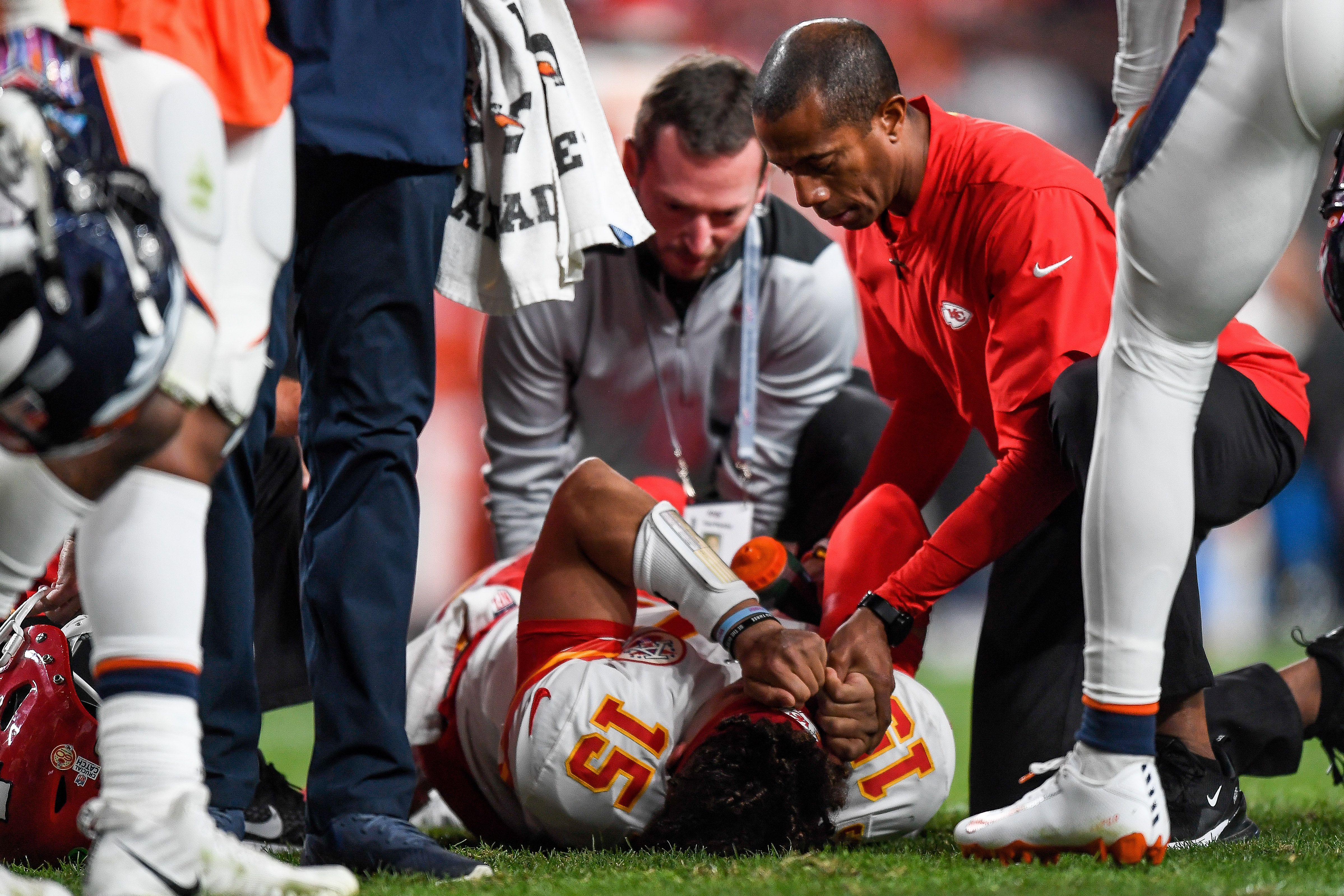 After a spectacular first season as a starting quarterback in the NFL, Kansas City Chiefs quarterback Patrick Mahomes was rewarded with being one of the few athletes to be on the cover of Madden football.

It would have been honestly safer just to push Mahomes through a glass mirror into a black cat parade on Friday the 13th.

To be on the cover of Madden football essentially means that, at some point in the season, you are going to be injured. And like clockwork, Patrick Mahomes suffered a dislocated kneecap.

From the first days, the game decided to use modern players instead of former coach and commentator, John Madden, there was something wrong. In 2000, Detroit Lions running back Barry Sanders was awarded the first Madden cover. He showed his appreciation by retiring in the off-season, forcing the game to switch the cover to feature Green Bay Packers running back Dorsey Levens. Levens missed most of the 2000 season and would be off the team within two years.

Okay, bad start but that does not mean a curse necessarily. In 2002, quarterback Dante Culpepper graced the cover of Madden football. Culpepper proceeded to miss almost the entire season following getting the cover with a knee injury that he ultimately could not completely recover from. By the time he returned, his superstar days were in the rearview.

Next year, running back Marshall Faulk. One of the greatest players in history and the main component to the St. Louis Rams record-setting offense called "The Greatest Show on Turf."

Third verse, same as the first. An Injured season following the cover and he never recovered.

2004 here we go. Michael Vick is the most exciting player in the game. His speed is unlike any quarterback ever seen and he becomes one of the greatest video game characters in sports gaming lore. Good for video game Vick. Michael Vick in real life breaks his leg in preseason and misses most of that season.

2005: Ray Lewis of the Baltimore Ravens tears his hamstring and misses most of the season.

2006: Donovan McNabb's season gets off to a great start then suffers a season-ending groin injury.

2007: Shaun Alexander of the Seattle Seahawks breaks his foot in week 3.

For a more modern example, New England Patriots Tight End Rob Gronkowski became the first player at his position to be on the cover of Madden and his team even won the Super Bowl that season ... Without him, as he suffered three different injuries over the course of the season, playing in just eight games and his season ended before New England's postseason run in January.

It was this point that the "Madden Curse" became nomenclature in society. It became a joke that whoever was on the cover of Madden would be toxic to pick in fantasy sports or to say, "next year he'll be great again." So the question becomes, what poor soul will have to deal with the seven months of bad luck that comes with the Madden curse?