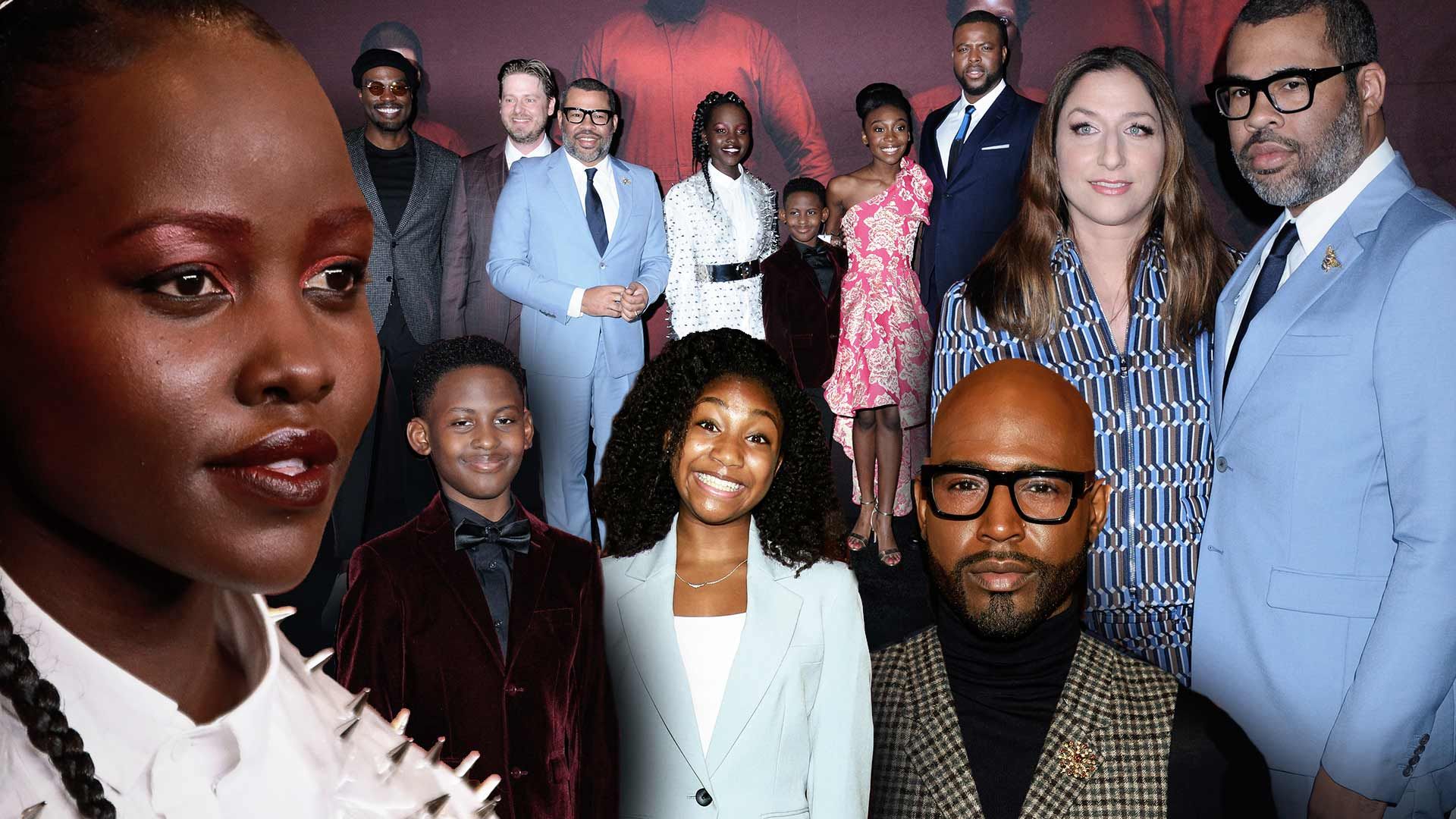 Leading Lady Lupita Nyong'o Shines During 'Us' Premiere in NYC

Lupita Nyong'o commanded attention during the NYC premiere of her film, "Us."

The lead actress in Jordan Peele's new thriller hit the red carpet Tuesday at the MoMA. Posing alongside the rest of the cast, Lupita wore a Balmain dress that included a white button-down and plastic-like trench coat with studs.

Peele's suit choice caught attention too. He rocked a powder blue Prada outfit with a brooch by Moritz Glik Fine Jewelry and definitely made a lasting impression while posing with his cast on the carpet.

Taking shots with the film's stars, Nyong'o, Evan Alex, Shahadi Wright Joseph, and Winston Duke, the cast looked excited to be back together and celebrate their silver screen baby. Ice-T, Coco and "Queer Eye" star Karamo also came out to show their support.

"Us" is Peele's newest horror creation since his hit movie, "Get Out."

The film follows a family whose serenity turns to a nightmare when a group of doppelgängers begin to terrorize them.

"Us" hits theaters on Friday.