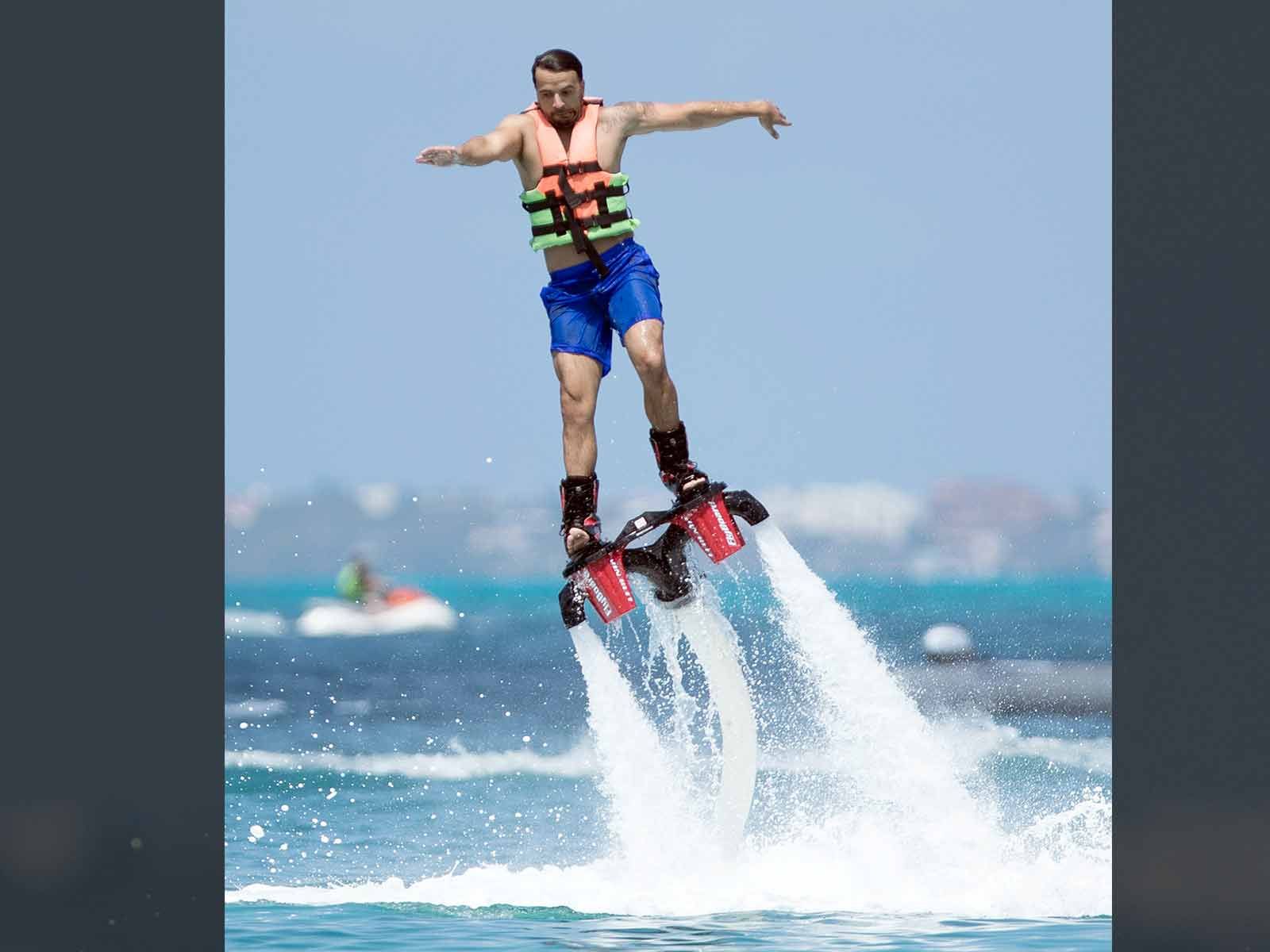 Luis Fonsi is on a rocket ship of success after "Despacito" became a smash hit, but now he's reaching all new heights by strapping himself to a water-powered Flyboard while on vacation!

The Puerto Rican singer/songwriter was in recently in Cancún for a little R&R when he took a turn at the increasingly popular water sport. Flyboards are a personal watercraft that a person straps their feet into and then get launched up to 45 feet in the air through water jet propulsion.

Luis Fonsi was in Mexico with his wife, Spanish model Águeda López, and if you've ever seen her ... you know he probably wasn't away flying over the water for too long.

(Fun Fact: "Sube" is Spanish for "go up" and is a popular lyric featured in "Despacito")