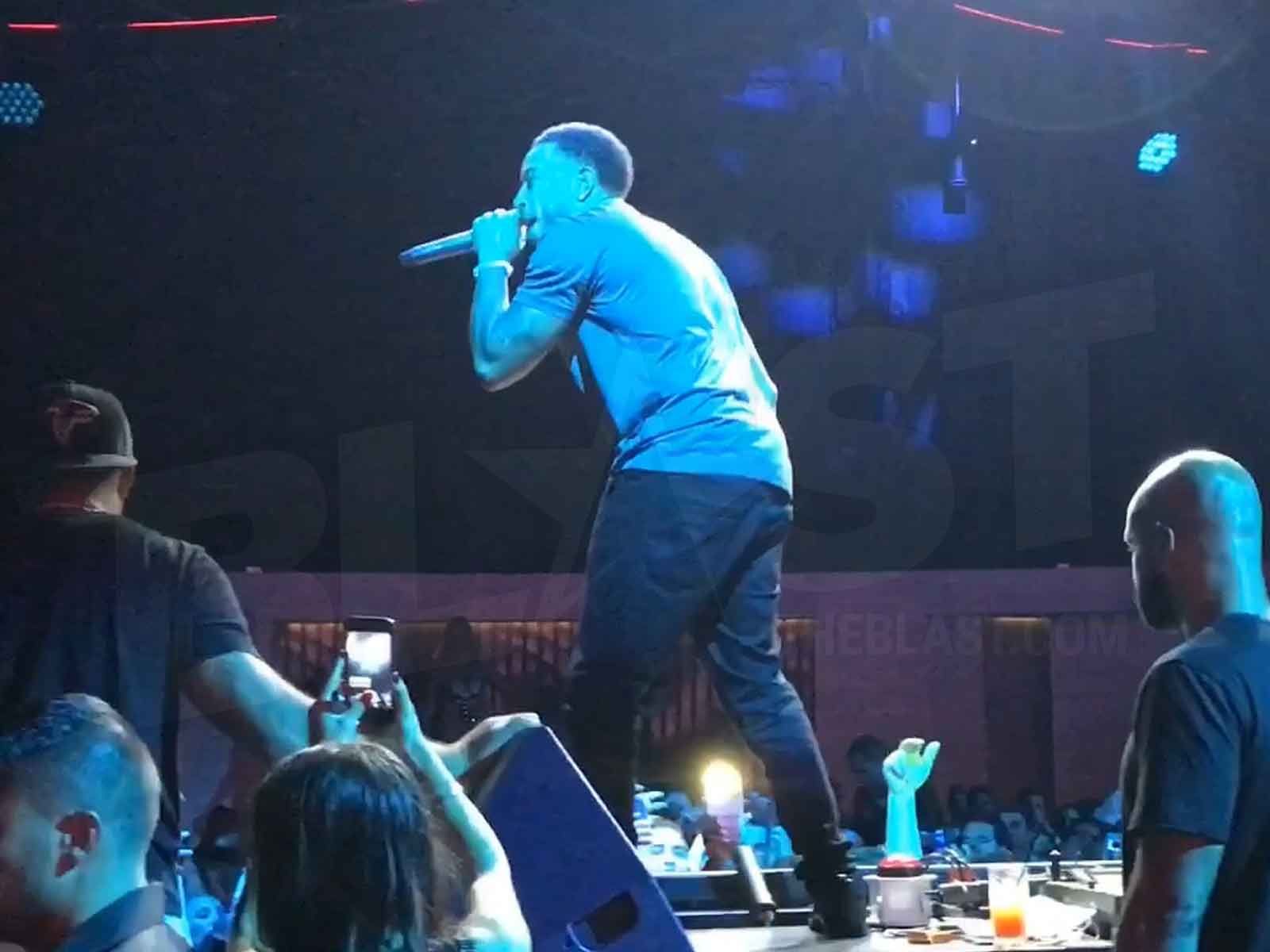 Ludacris was nearly forced to throw dem bows on an alleged drink-throwing fan who was acting a fool during his show.

The rapper was in the middle of his set Saturday night at the grand opening of the Hard Rock Hotel & Casino in Atlantic City when the drama went down.

We're told someone in the crowd chucked a plastic drink cup at Ludacris, who then immediately cut the music and threatened to unleash some "Southern Hospitality" by dropping bows and promising to "Come down there and whoop your motherf**king ass!"

He then doubled down that the culprit would see what happens if anything else was thrown on the stage.

Ultimately, nobody got the boot as it was unclear who the drink-thrower was, but we're told everybody was on their best behavior after Luda's warning. BTW, there were some celebs in the crowd for the show, including Scott Disick.

Ludacris wasn't the only performer who experienced some drama in Atlantic City, as we reported, Carrie Underwood narrowly escaped a near-disaster after outfits for her show didn't make the flight from London.