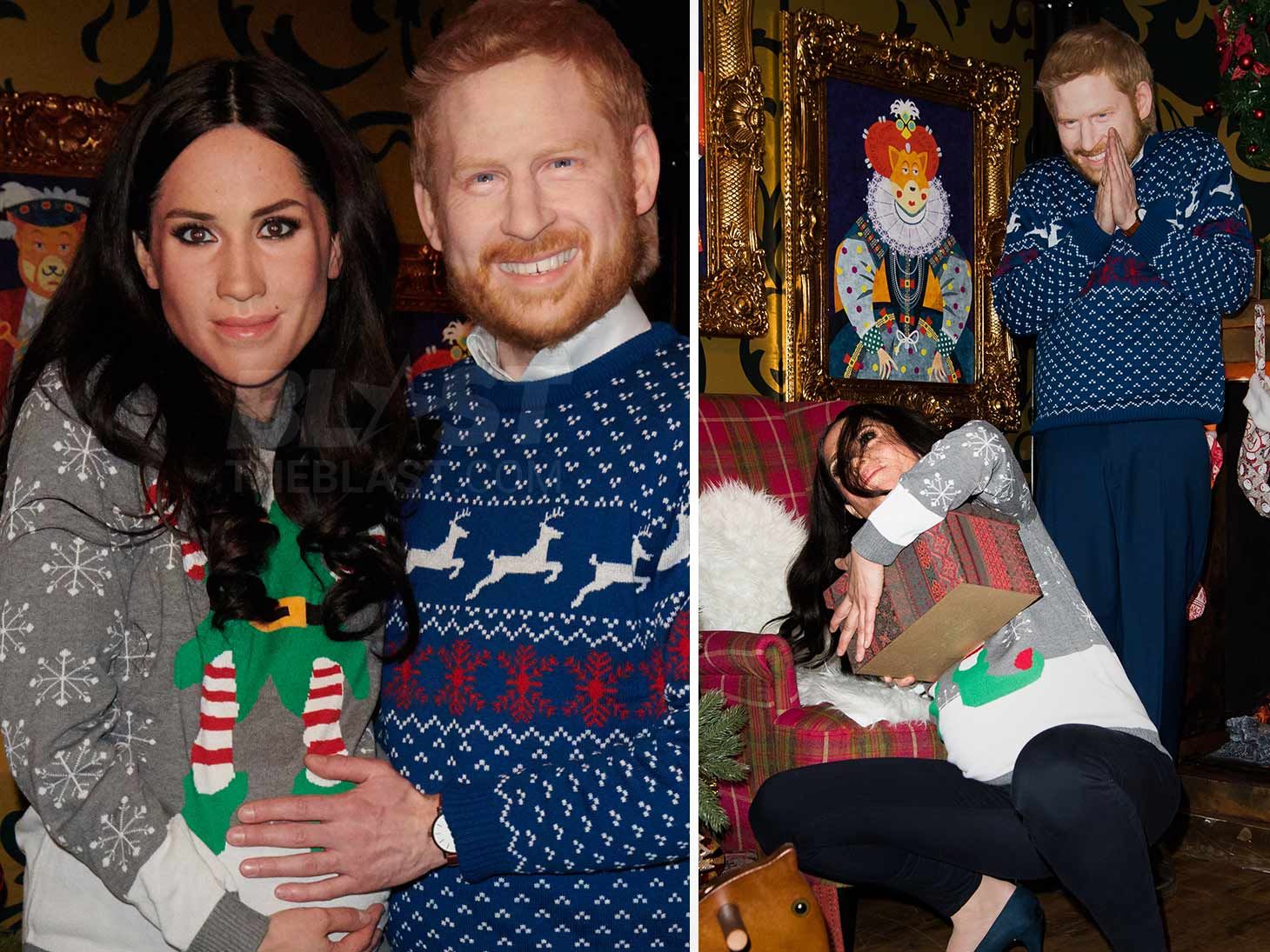 If you thought Krampus was the scariest thing to happen on Christmas, you haven't seen the newly unveiled live wax figures of Prince Harry and Meghan Markle.

Madame Tussauds revealed the exhibit Tuesday in Berlin, featuring the Duke and Duchess of Sussex posed in various Christmas scenes. Markle's baby bump is prominently displayed as the two wear holiday sweaters, and Harry even rests his hands on his wife's belly.

The models are actual people wearing oversized wax heads, and there's no sugarcoating it -- they are royally CREEPY. One scene even has Prince Harry in a Snidely Whiplash pose, menacingly rubbing his hands together as he stares at his wife.

Good luck getting to sleep for Santa.