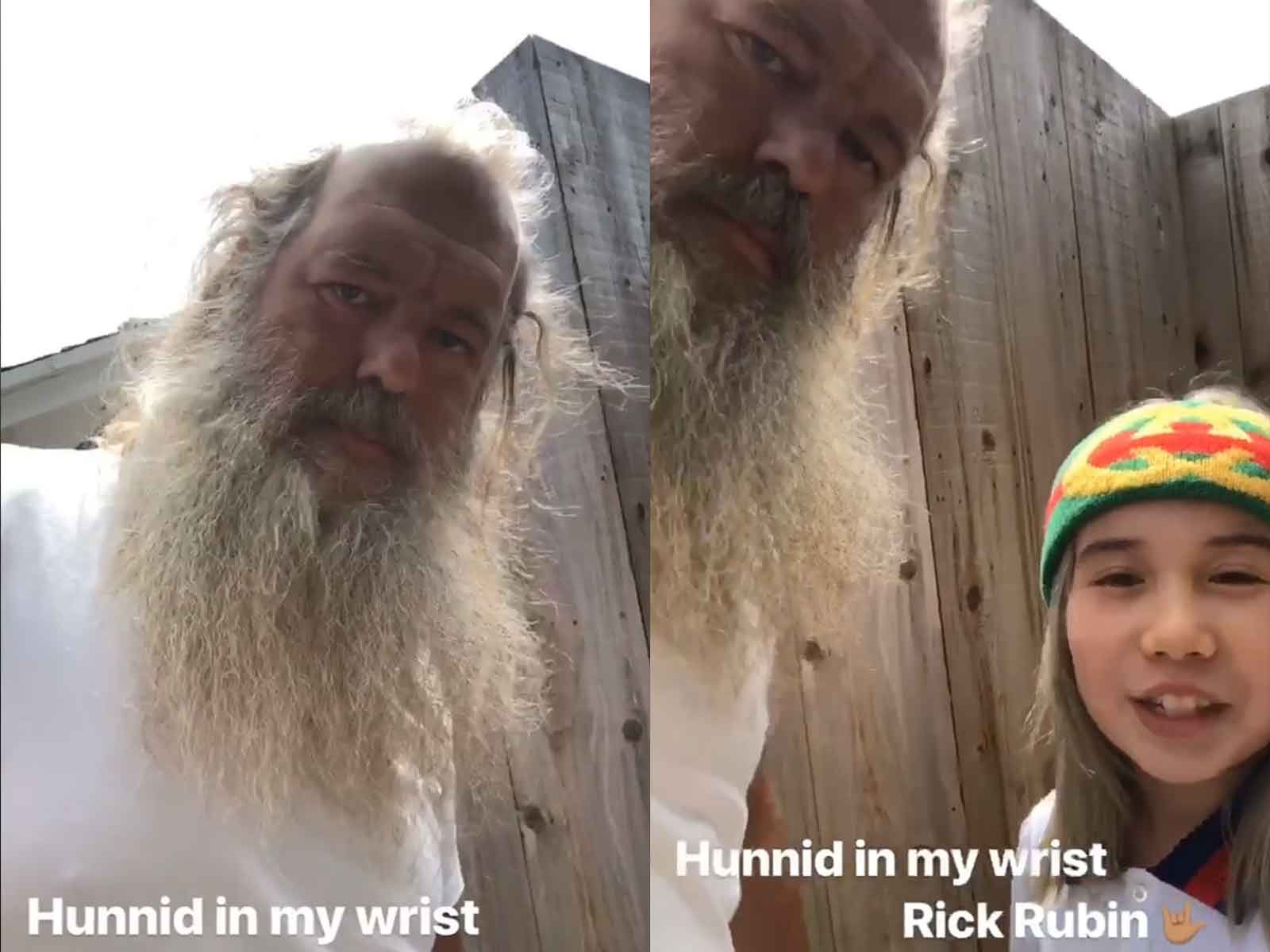 Lil Tay Hung Out With Rick Rubin, But He's Not Allowed to Talk About It

In the latest installment of This Is Our Lives Now ... legendary music producer Rick Rubin got together in some fashion with 9-year-old Lil Tay?!

Here's what we know -- Internet fraud sensation Lil Tay posted a video last week touting that she was "With the legend, Rick Rubin." Rubin is then shown in frame, and appears to say "Sup, Sup."

Now, we've watched this video multiple times, and it doesn't appear that Rubin is under duress or being held against his will in any way. We want to remind you that this is the same Rick Rubin who co-founded Def Jam Recordings and became a music legend while working with artists like the Beastie Boys, LL Cool J, Public Enemy, Aerosmith, Jay-Z and Black Sabbath.

We reached out to Rubin's camp in hopes of getting some insight on what the hell he was doing with Tay, but we were told by his publicist that all questions regarding the meet-up must be ran through Lil Tay, and that they could just not speak on it. They pleaded with us to ask Tay.

We reached out to Tay, and we're sure there will a nonsensical explanation about being the "youngest flexer of the century" with Rubin by her side, but the bigger story is that legitimate celebrities and creative talent are apparently kowtowing to social media pseudo-celebrities under the age of 10 ... and that is perplexing.

Best case scenario is they teamed up to do some charity work, seeing as Tay has tried to change her tune into a more positive one after the fake flexing backlash. Then, at least, we can try and make some sense of this upside down world.