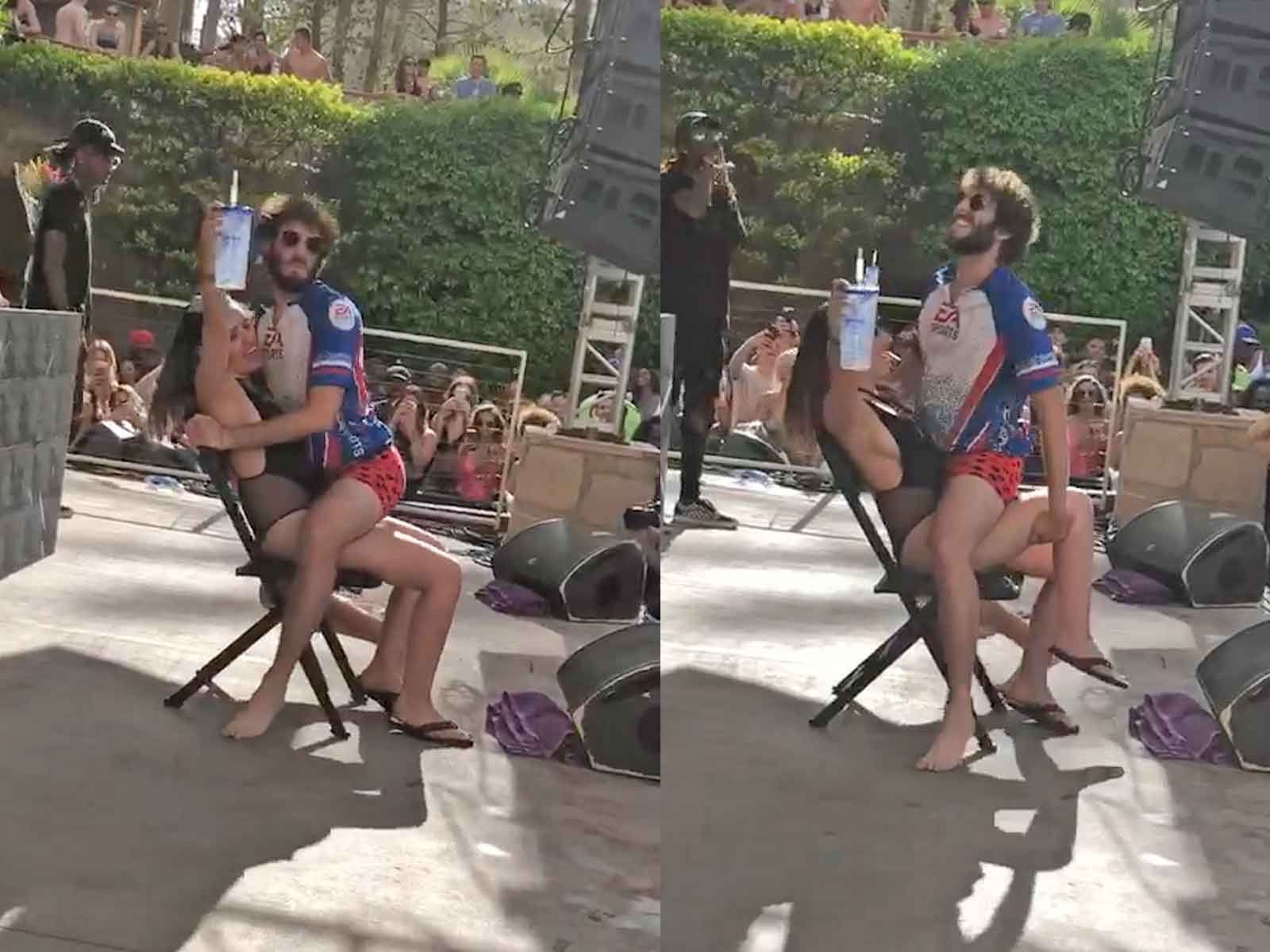 Lil Dicky plays up his character as an upper-middle class Jewish kid vying for respect in the rap world, but you wouldn't think he lacked any confidence after the lap dance he gave at the biggest pool party in Vegas.

LD was hosting Rehab Beach Club over Memorial Day Weekend at the Hard Rock Hotel & Casino when he brought an eager female fan onstage to receive an up close and personal experience.

While performing his hit, "Lemme Freak," Dicky jumped on the woman and gave her a vigorous grinding. She appeared to be loving the lap dance, as well as the crowd who voiced their approval.

The hip-hop star recently dropped a huge track, "Freaky Friday," with Chris Brown. Brown was not in Vegas for the live performance.