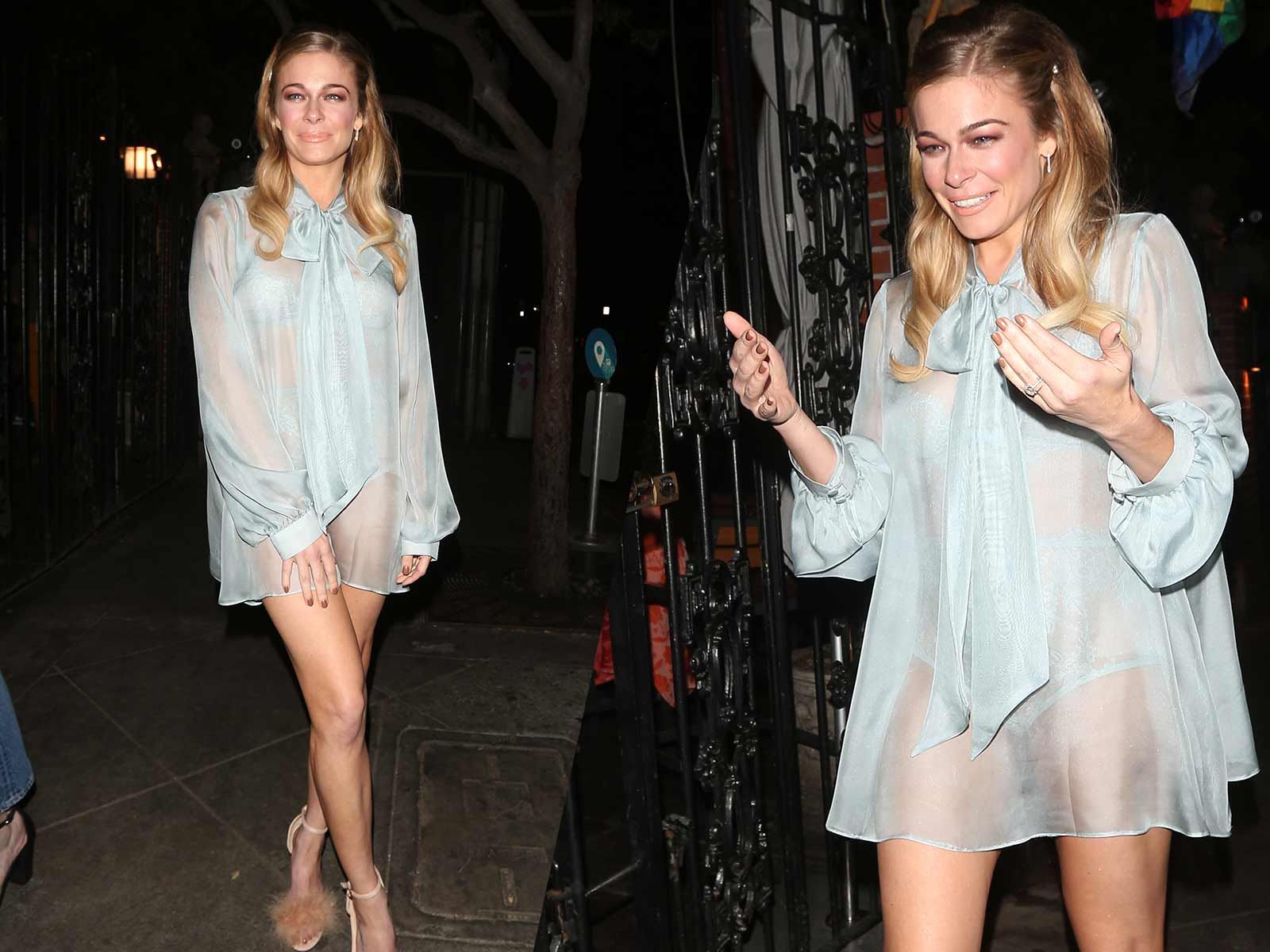 It was a crisp night in Los Angeles on Thursday, but that didn't stop LeAnn Rimes from wearing a sheer little number after her nightclub appearance.

The "Can't Fight the Moonlight" singer hosted a night at The Abbey in West Hollywood where she performed her hit song to a crowded venue.

Afterwards, she hit the town wearing a baby blue lingerie dress that left very little to the imagine of what she was wearing underneath.

The 35-year-old star still knows how to party!