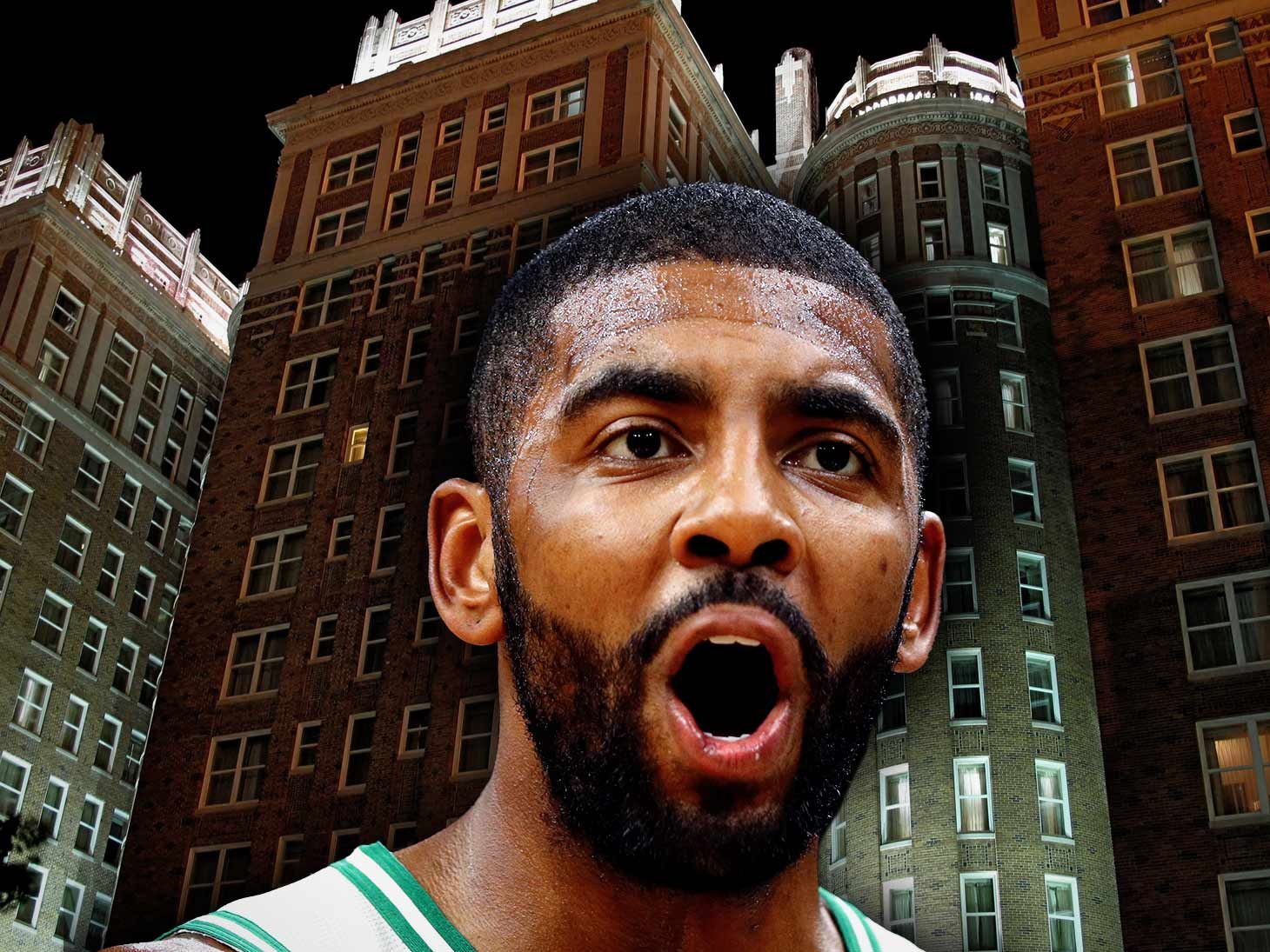 Kyrie Irving is taking his scary skills from the basketball court to the big screen as he just signed on to executive produce and star in a horror movie about a hotel famous for terrifying basketball players!

The Boston Celtics star will be working with Brian Grazer's Imagine Entertainment, according to Variety, on an untitled horror project to share his experiences while staying at the infamous Skirvin Hilton Hotel in Oklahoma City.

The Skirvin opened in 1911 and is currently listed on the National Register of Historic Places, and has garnered a reputation for paranormal activity. In 2010, the New York Knicks stayed at the hotel and claimed strange noises kept them awake all night, leading to a loss to the Oklahoma City Thunder.

The Chicago Bulls also once reported doors slamming shut on their own while staying at the hotel. The place has gained such a haunted reputation, that some teams now refuse to stay at the Skirvin while passing through Oklahoma City. The late Craig Sager even once spent a night to investigate the ghost stories.

Irving said he too had run-ins with paranormal activity at the hotel, and is excited to collaborate with Grazer on the project. A release date has not yet been revealed.