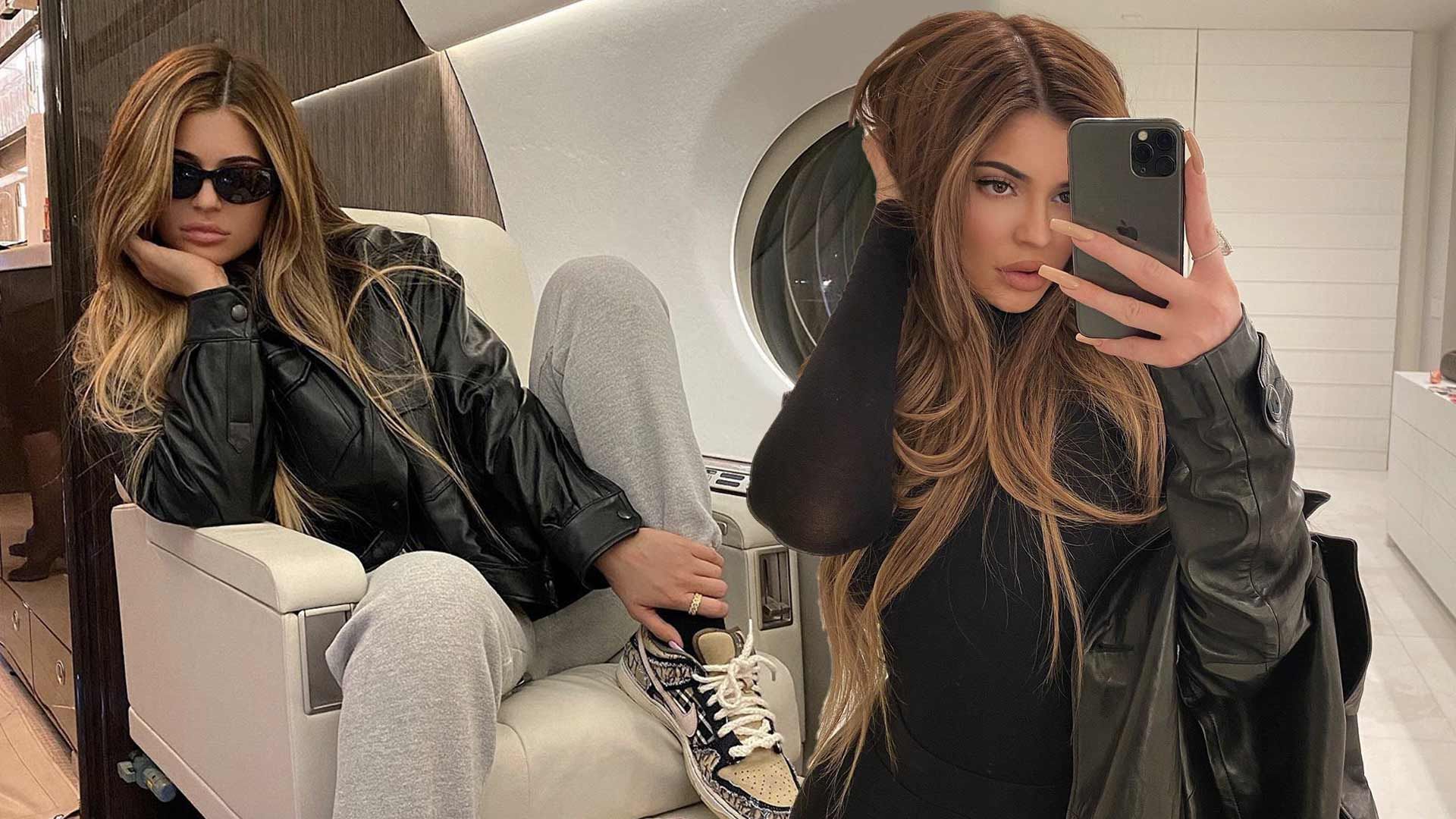 Hey there, honey! Kylie Jenner showed off her golden long locks as she traveled in style with a very expensive carry on.

The "Keeping Up With The Kardashians" star shared a pricey private jet picture with her millions of fans Thursday. She looked very posh with her honey-colored hair, gray sweatpants, and a leather jacket. Jenner accessorized with big dark sunglasses and anklets but the accessory that gained the most attention was her Hermes Birkin bag that is worth around $150,000.

Kylie first debuted her new look on Valentine's day and called it her "new vibe 🤎🖤." Her fans were definitely vibing with her new color. 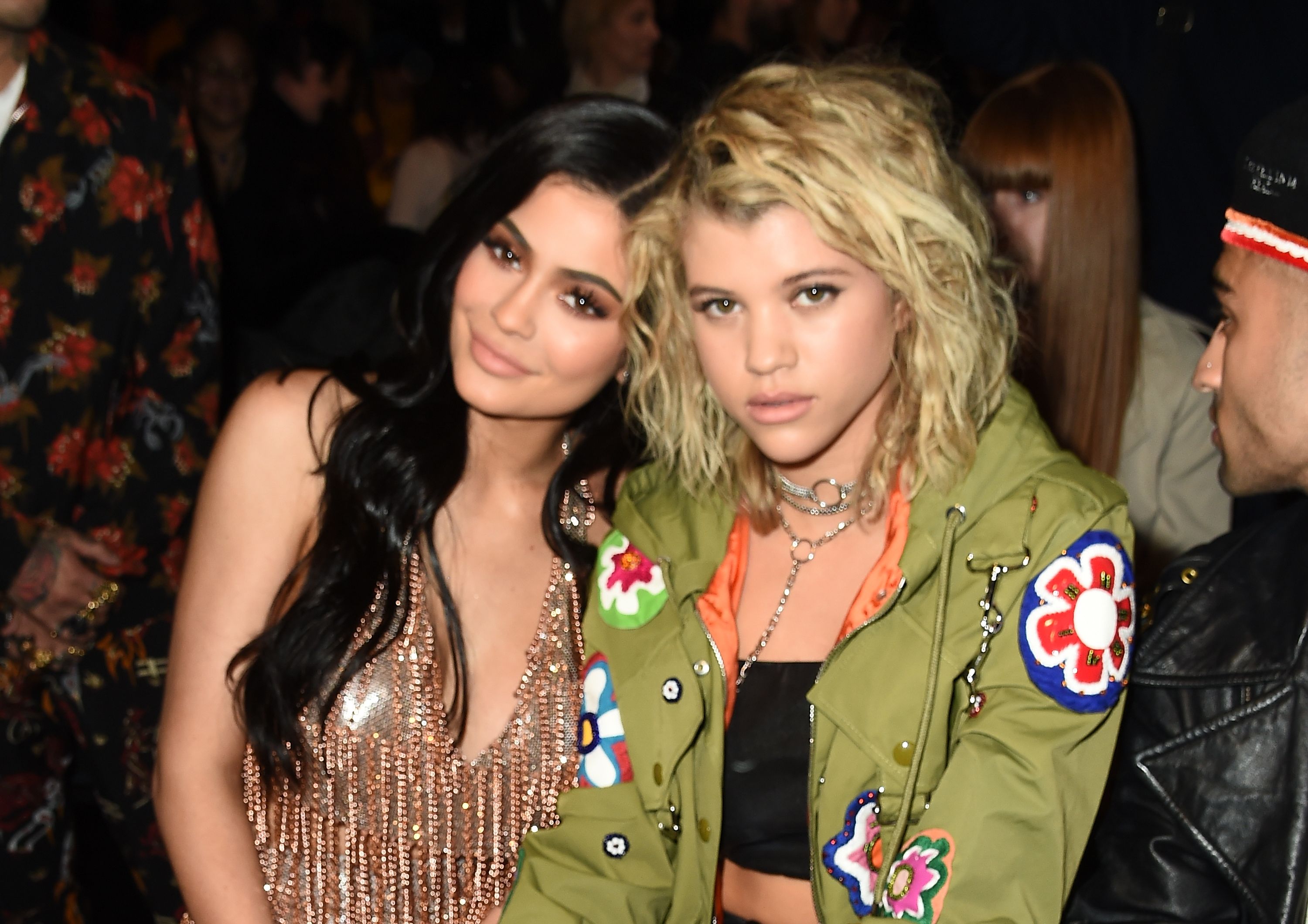 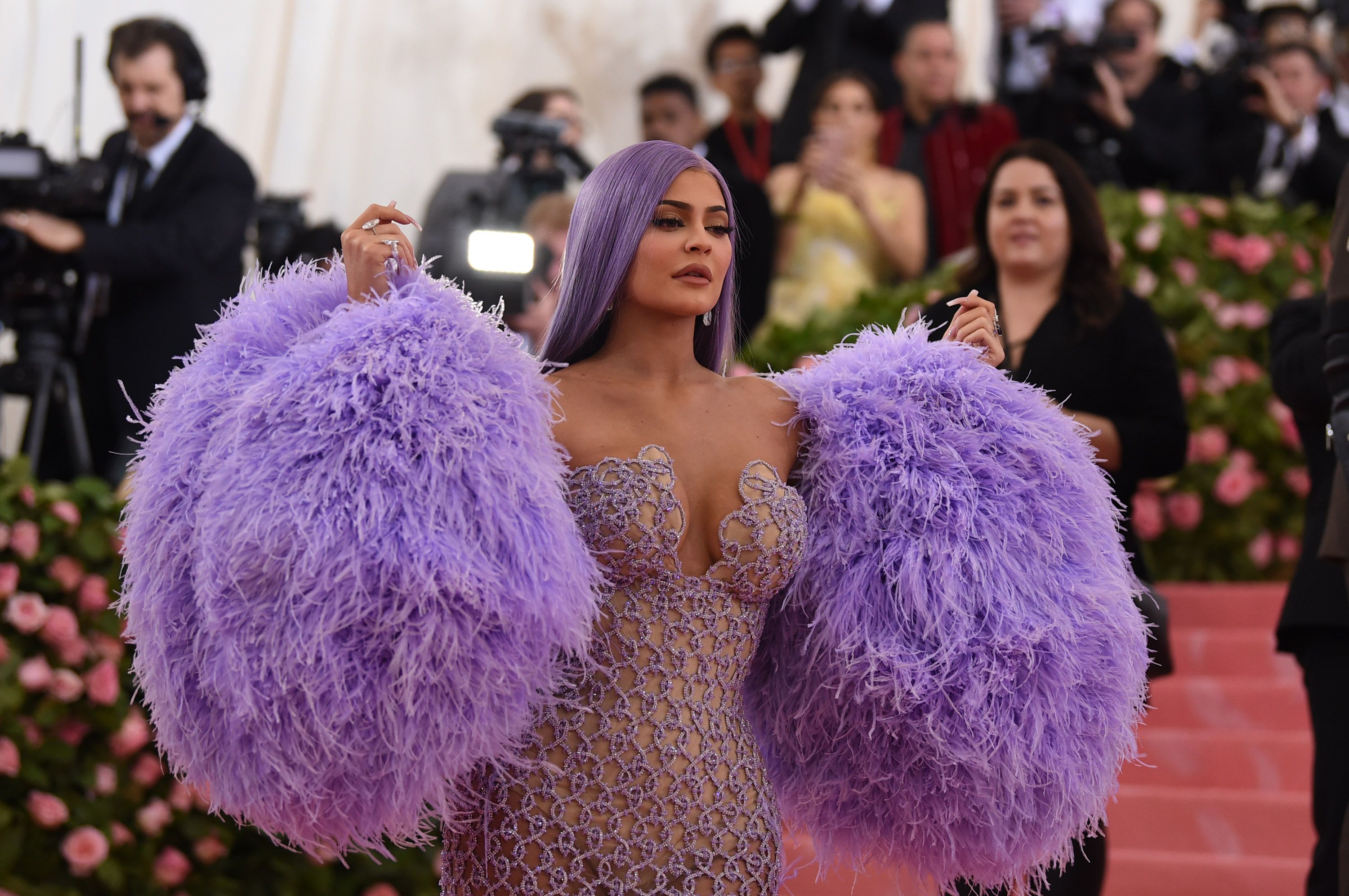 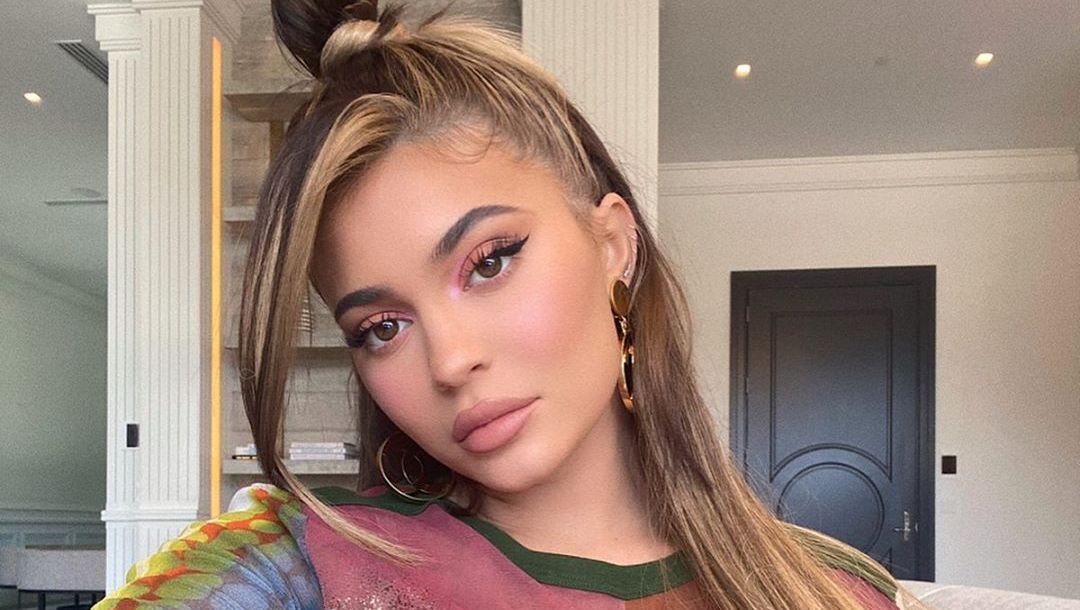 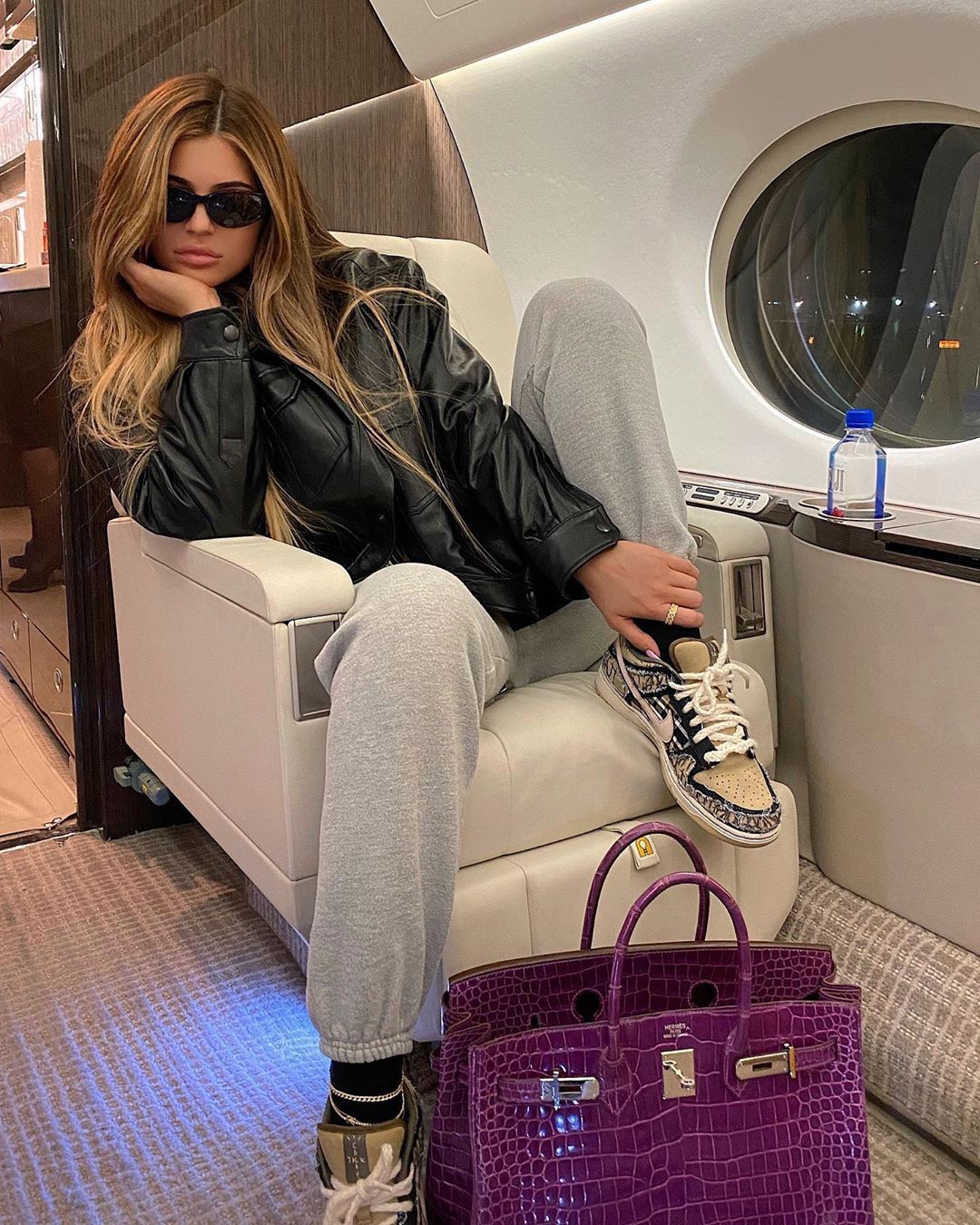 A few girls from her squad let made their approval known by leaving their friend comments and emojis.

Yris Palmer wrote, "Too fly," which might be a private jet joke. Sofia Richie sent love in the form of heart-eyes 😍😍😍 emojis. While her group of girlfriends kinda have to like the pic, her fans also praised Kylie for the look.

James Charles commented, "this hair is the best on u," and Paris Hilton left fire 🔥🔥🔥 emojis.

"that hair looks so good on you!" one excited fan wrote, while another said, "OBSESSED 🍯." 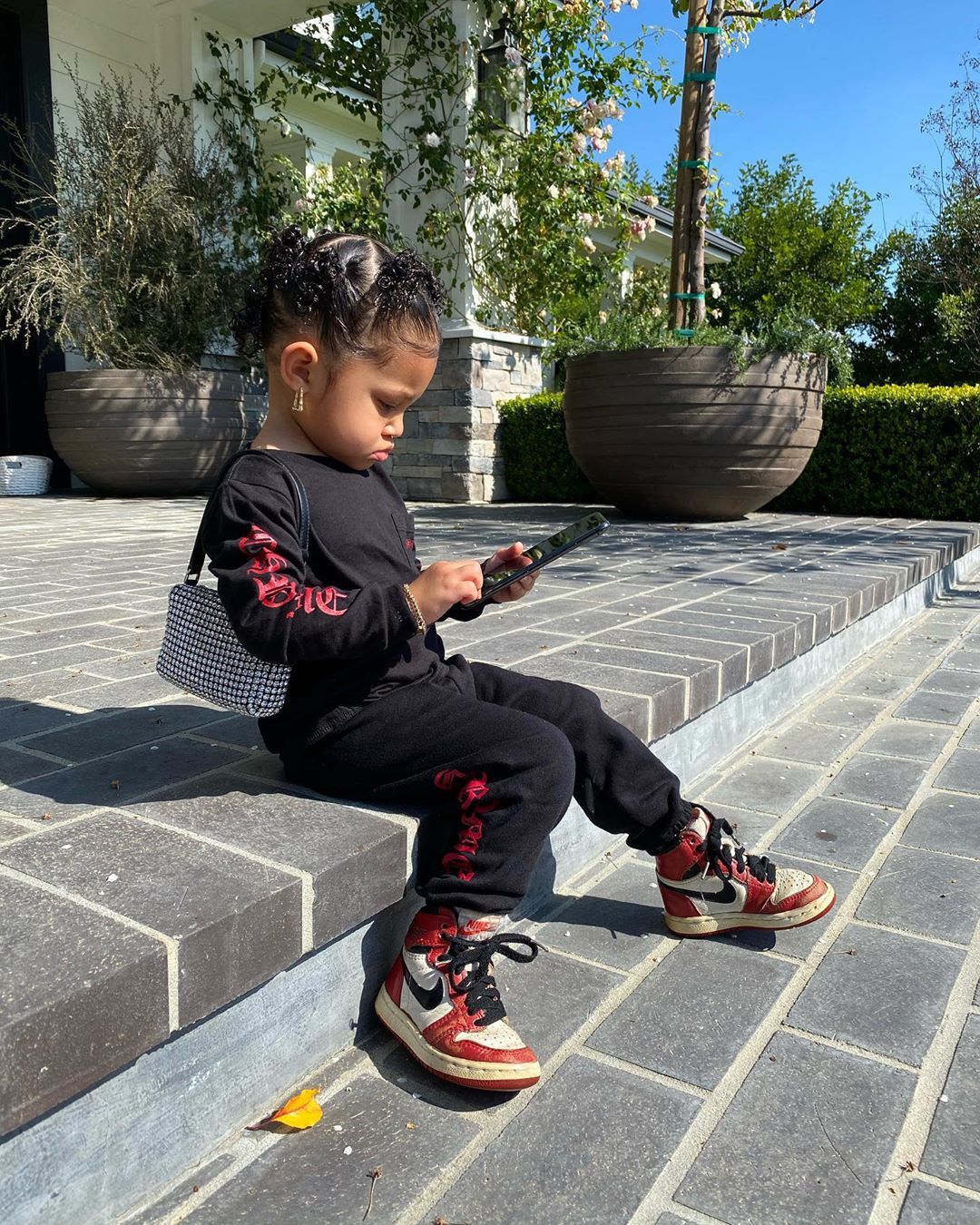 Kylie has clearly been in mommy mode recently and her pj pic was the first time she shared a picture of herself in 5 days! She has been sharing the cutest photos of her 2-year-old daughter, Stormi though. The little tyke, whom she shares with Travis Scott, wore an all-black outfit with cool Nikes and a cute little purse. Stormi looked all grown up as she played on her iPhone with her purse slung over her shoulder.

Kylie Jenner Feels The Heat For Allegedly Lying To Forbes About Being A Billionaire, Called A 'Fr…
ARTICLE CONTINUES BELOW 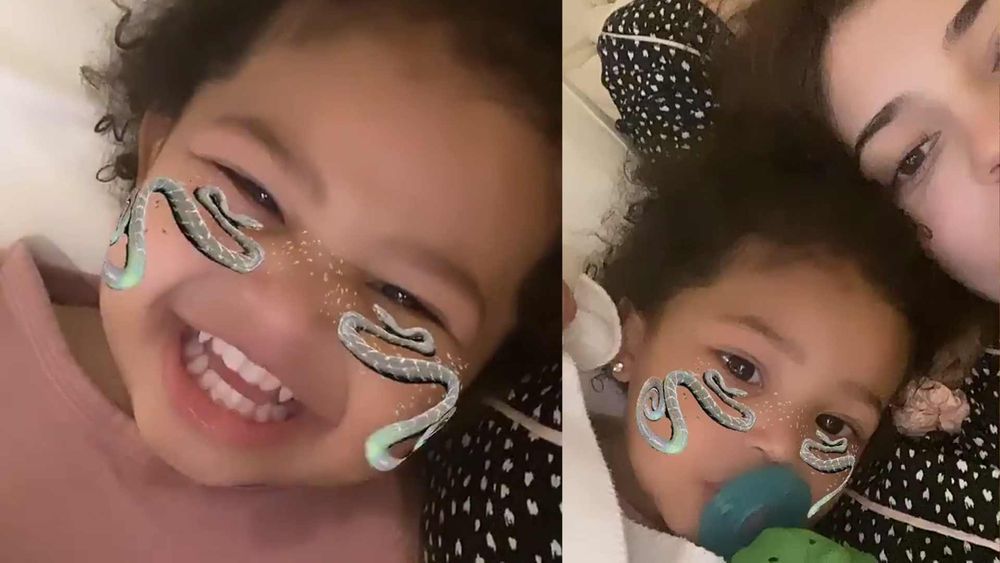 While mommy takes care of Stormi, Stormi also takes care of mommy. Jenner got her wisdom teeth taken out earlier this month and she was feeling a little under the weather before Stormi came to her rescue. Jenner shared how she felt about the whole situation to her Instagram story. "Hi, I got my wisdom teeth taken out," Kylie wrote across a picture of her TV. "This sucks." Mommy was laying down recovering when the little tyke started cuddling up with her to cheer her up.

Sometimes it is too hard to handle the cuteness that baby Stormi puts off!