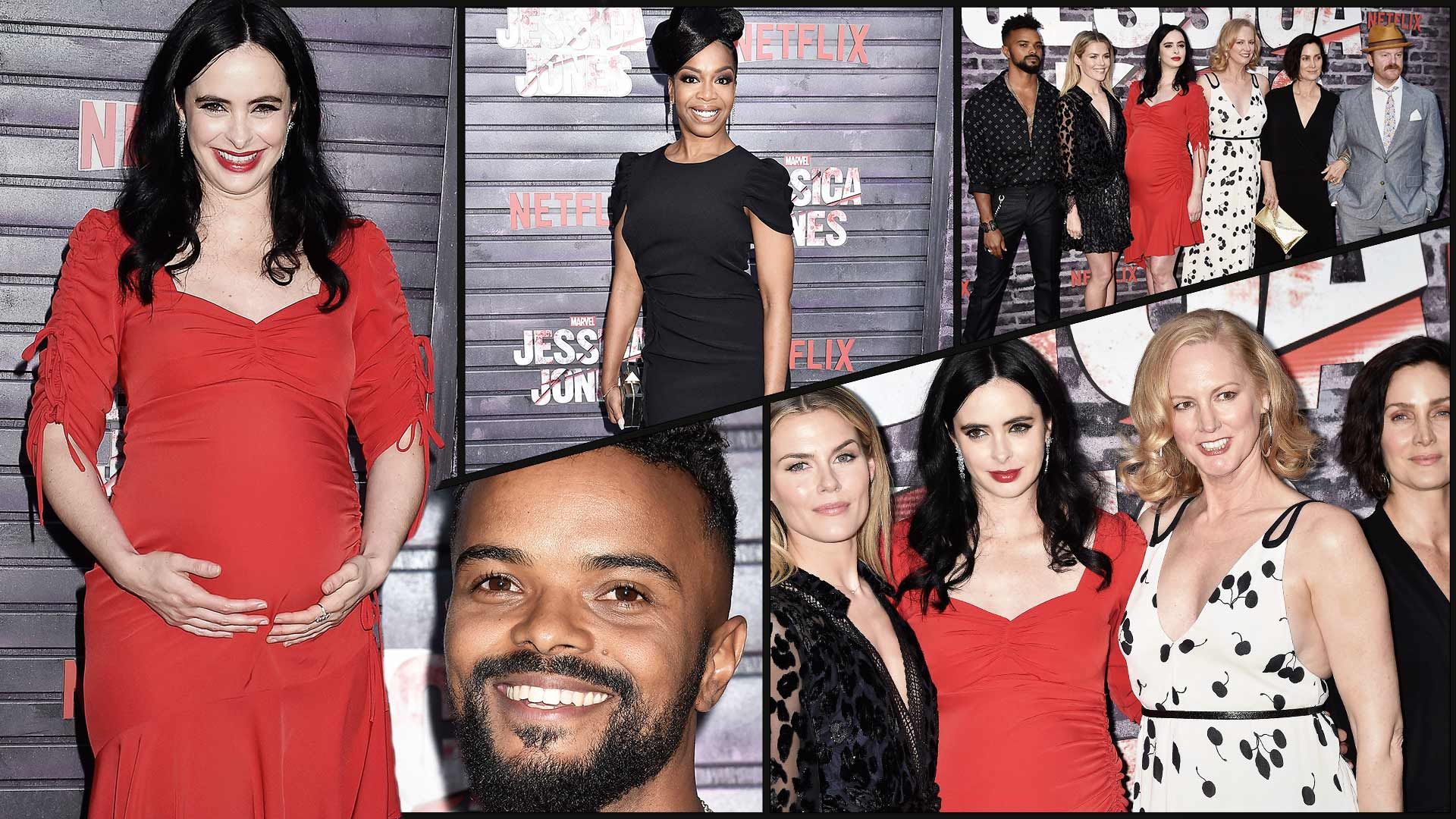 Krysten Ritter is continuing to bump along, making her first appearance since news broke that her Netflix show has been cancelled.

The "Jessica Jones" star put on a brave face and showcased her growing baby belly Tuesday in Hollywood during the screening of the superhero series' last season.

Wearing a red form-fitting dress, Ritter seemed in good spirits while showcasing her newest role as Mom will be her biggest yet.

Walking hand-in-hand with her baby daddy, "War on Drugs" guitarist Adam Granduciel, the couple put on a united front despite "Jessica Jones" being cancelled earlier this year.

Before the red carpet, Ritter took to social media revealing how disappointed she was that the show will not continue after season three.

"Sometimes not even “heroes” can save themselves," she wrote while sharing the final trailer.