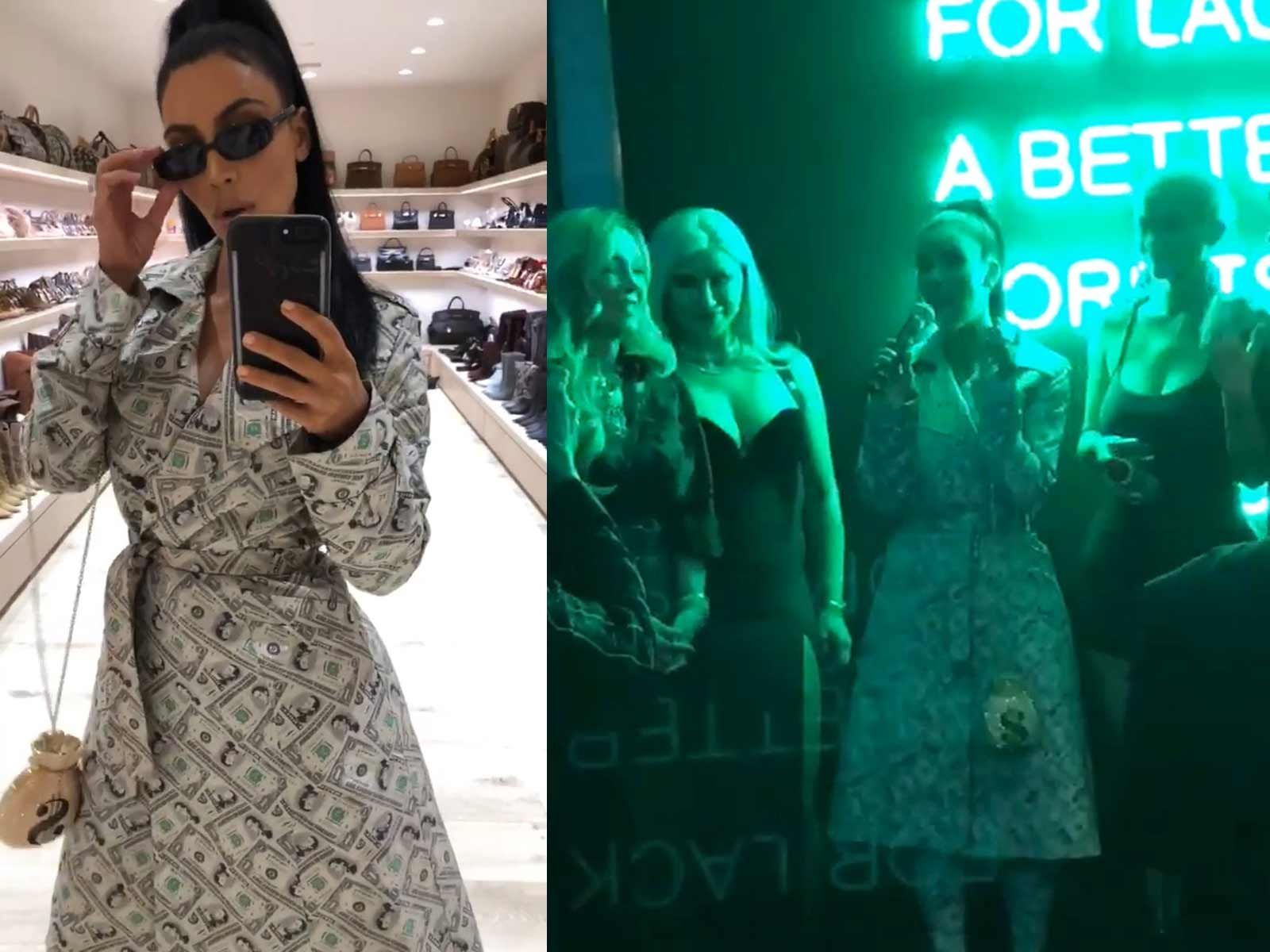 Kim Kardashian was dripping in cash (literally) while celebrating her friend Anastasia Soare's multi-billion dollar company, and she even dropped some business advice for all the other potential moguls.

The reality star showed up to Delilah in L.A. Thursday night and toasted the celebrity eyebrow queen while wearing a vintage Jeremy Scott money trench coat and matching boots.

While standing next to Kris Jenner and billionaire cosmetics Queen Kylie Jenner, Kim said Anastasia is "someone to look up to." As for "anybody who wants to get somewhere," Kim says "It doesn't come easy and you have to work so f*cking hard."

Anastasia is a staple in Hollywood, and has manicured the exclusive brows of some of the biggest stars, including Oprah, JLo, Victoria Beckham and even Michelle Obama. She expanded her business to include cosmetics, and recently sold stakes in her $3 billion company with plans to expand globally.

While getting ready for the party, the "Keeping Up With the Kardashians" star asked, "What do you do when your friend sells her company for a couple billion?"

Other celebs that hit up the event were Kim Richards, Maria Menounos and Dita Von Teese, who performed a titillating burlesque dance while inside a martini glass.