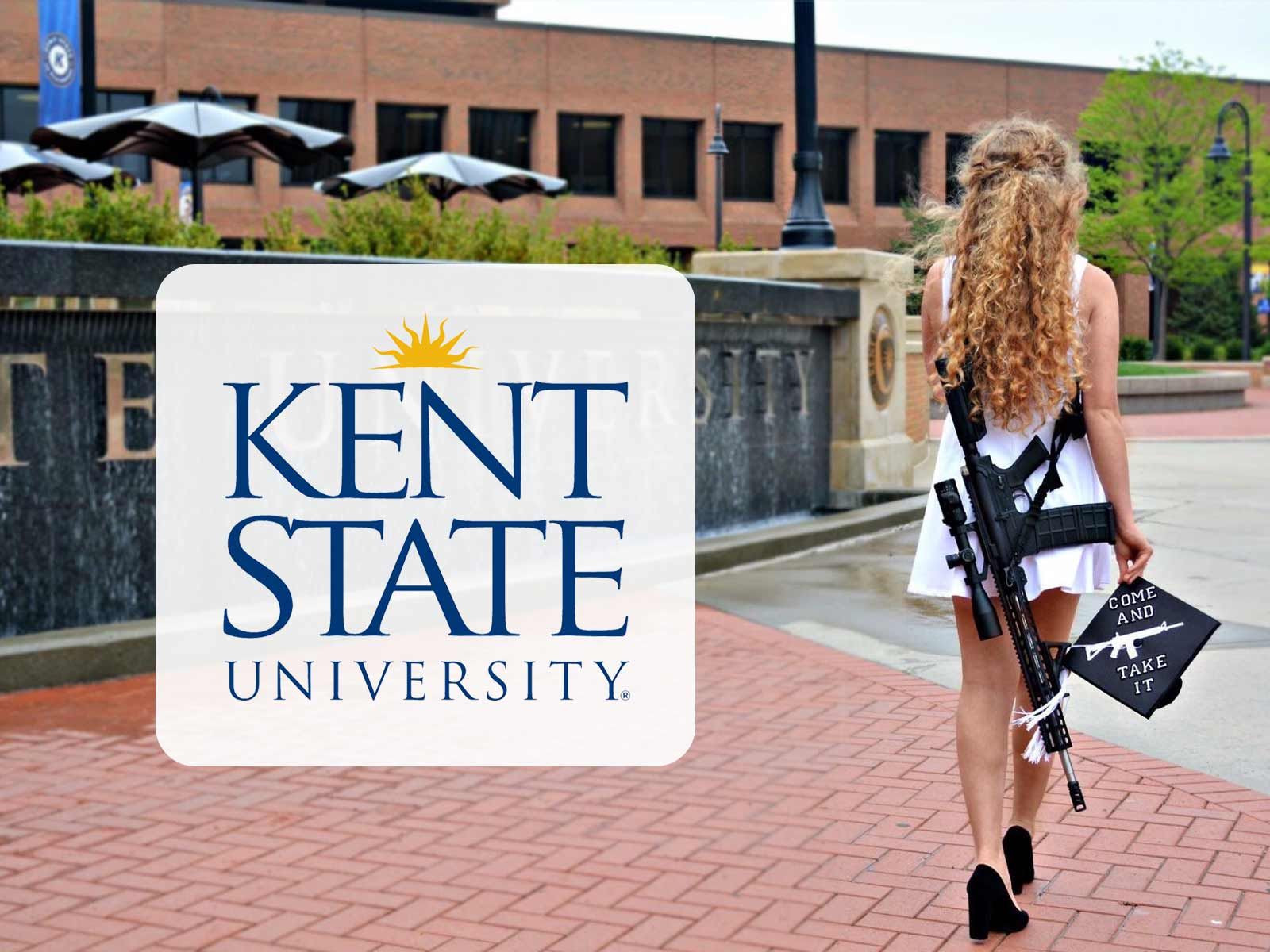 Kent State University Has No Problem With Rifle-Toting Graduation Photos

A former Kent State University student and her rifle went viral after graduation photos showcased an AR-15 strapped to her back while walking through campus, but the school has no issue with her shot thanks to a well-timed loophole.

The Blast spoke with Kaitlin Bennett, who commemorated her graduation at KSU over the weekend with a photo shoot highlighting her firepower. She took major backlash online, including death threats from people who thought the picture was in incredibly poor taste. Bennett says she took the pics "Simply because I am so passionate about the second amendment and gun rights."

Although it is against University policy for students to carry deadly weapons, Bennett did nothing wrong because she waited until after receiving her diploma to grab her gun, and technically was no longer a student.

School policy prohibits anyone associated with the school to carry weapons, like teachers and students, but a school official tells us "After graduation, [Bennett] joined the ranks of our proud graduates. So at the time of this photo, she and other graduates would be permitted to open carry on our campus."

Bennett says her main motivation for the photo was in response to pushback she received for organizing an on-campus open carry walk to promote gun control. She says, "It just made me more determined to promote gun rights on campus, and I figured what better way than to open carry a rifle after graduation and have a photo shoot."

It's possible some of Bennett's classmates were uneasy with the firearm glorification, considering Kent State was the epicenter of one of the most culturally significant shootings in history when unarmed students were shot by the Ohio National Guard in 1970, resulting in 4 deaths and 9 injuries, during a protest of the Vietnam War.

However, for all the backlash Bennett received, she claims to have received dozens of messages of support from "people who feel they can't express their support for me publicly because they will be harassed next." She has no apologies for anyone who may have been offended by the photo.