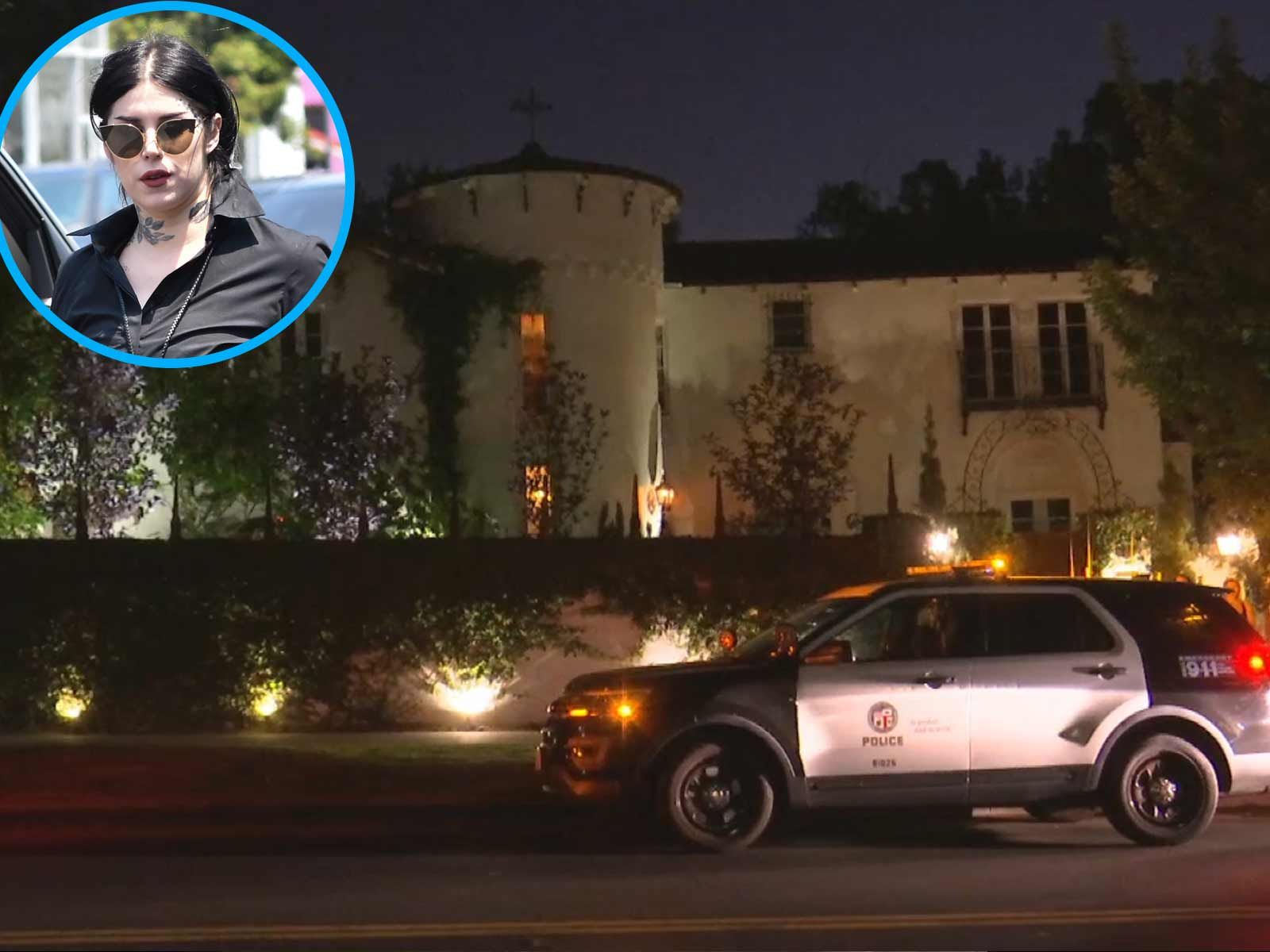 Kat Von D was smack dab in the middle of an active police situation when an attempted burglar jumped into her yard to escape arrest.

Around 11:30 PM Wednesday night LAPD was called to a home in the Hollywood Hills after a couple was awoken by a man inside of their bedroom. The victims allegedly screamed at the suspect, who was described as a white male, and he fled the house and booked it down the street.

According to emergency dispatch audio, obtained by The Blast, police rushed to the street after the call came in for a man inside a residence.

Von D, who is 8-months pregnant, lives down the street with husband Leafar Seyer, and the fleeing man pushed open their gate and ran into the yard to avoid detection by the LAPD. Cops could be seen entering the property and inspecting the gate while searching for the man, however, it appears the suspect was able to make a getaway.

It's unclear if the star, or her husband, were home at the time of the incident

A neighbor on the street tells The Blast, although the homes are expensive, some of the properties on the block back up to a hotel that is frequented by drug users. There have been multiple issues with people under the influence jumping into the yards or attempting to burglarize the nearby homes.

A rep for Kat Von D was unable to be reached for comment and the LAPD is handling the ongoing investigation.