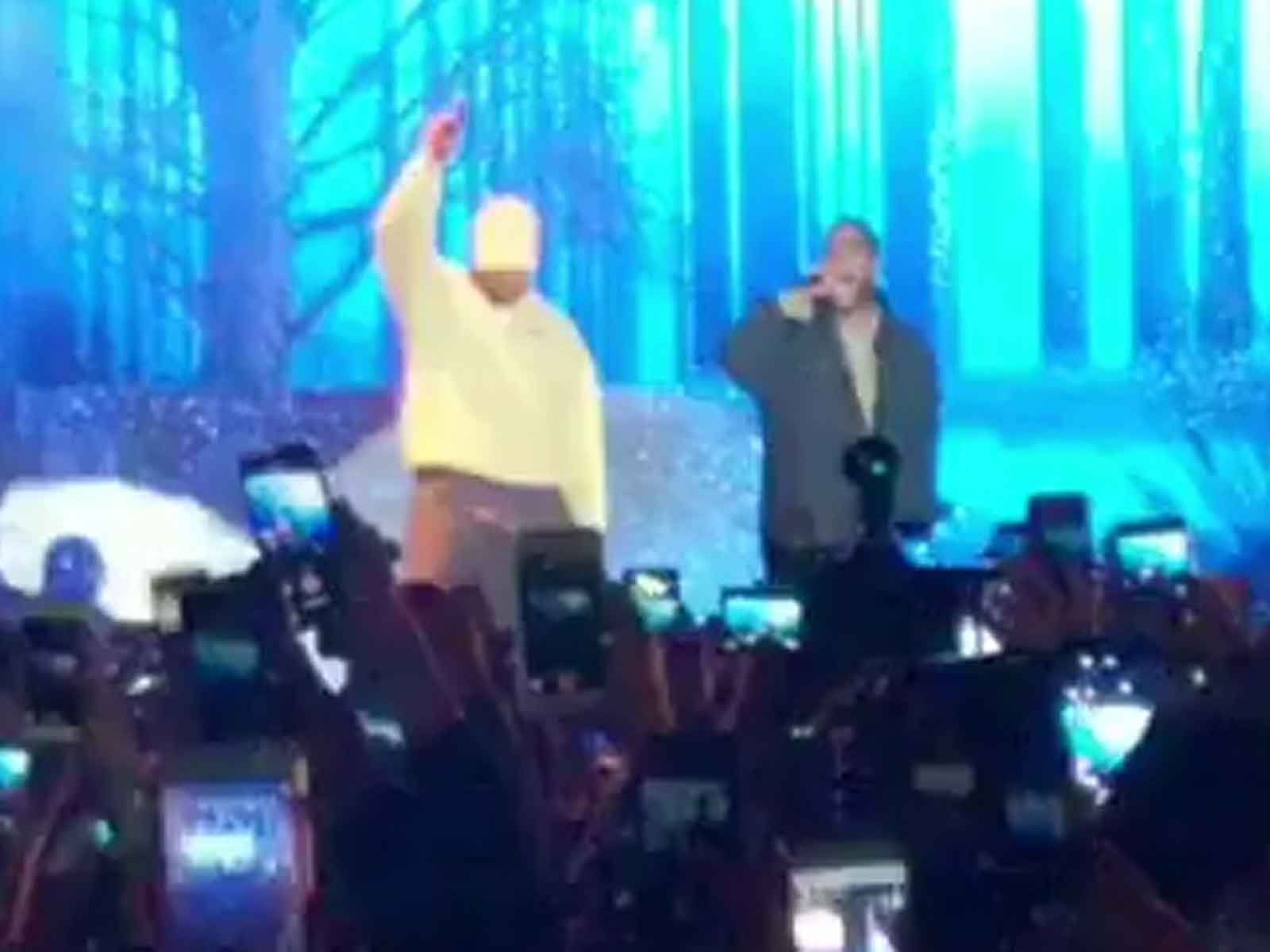 Kanye West Returns to the Stage, Performs with Kid Cudi!

Kanye West brought down the house when he made a surprise appearance during Kid Cudi's concert at an All-Star weekend event.

Cudi was performing Saturday night at theA didas 747 Warehouse St. event in Los Angeles when all of a sudden his DJ started playing "Father Stretch My Hands Pt. 1," his track with Kanye that's featured on "The Life of Pablo."

All of a sudden Yeezy emerged from the back of the stage, and everyone lost their collective minds. Kanye and Cudi basked in the energy and then launched into their song.

It's been a long time since Kanye has performed, but he's been hitting up the studio a lot lately, even after the birth of his daughter Chicago.