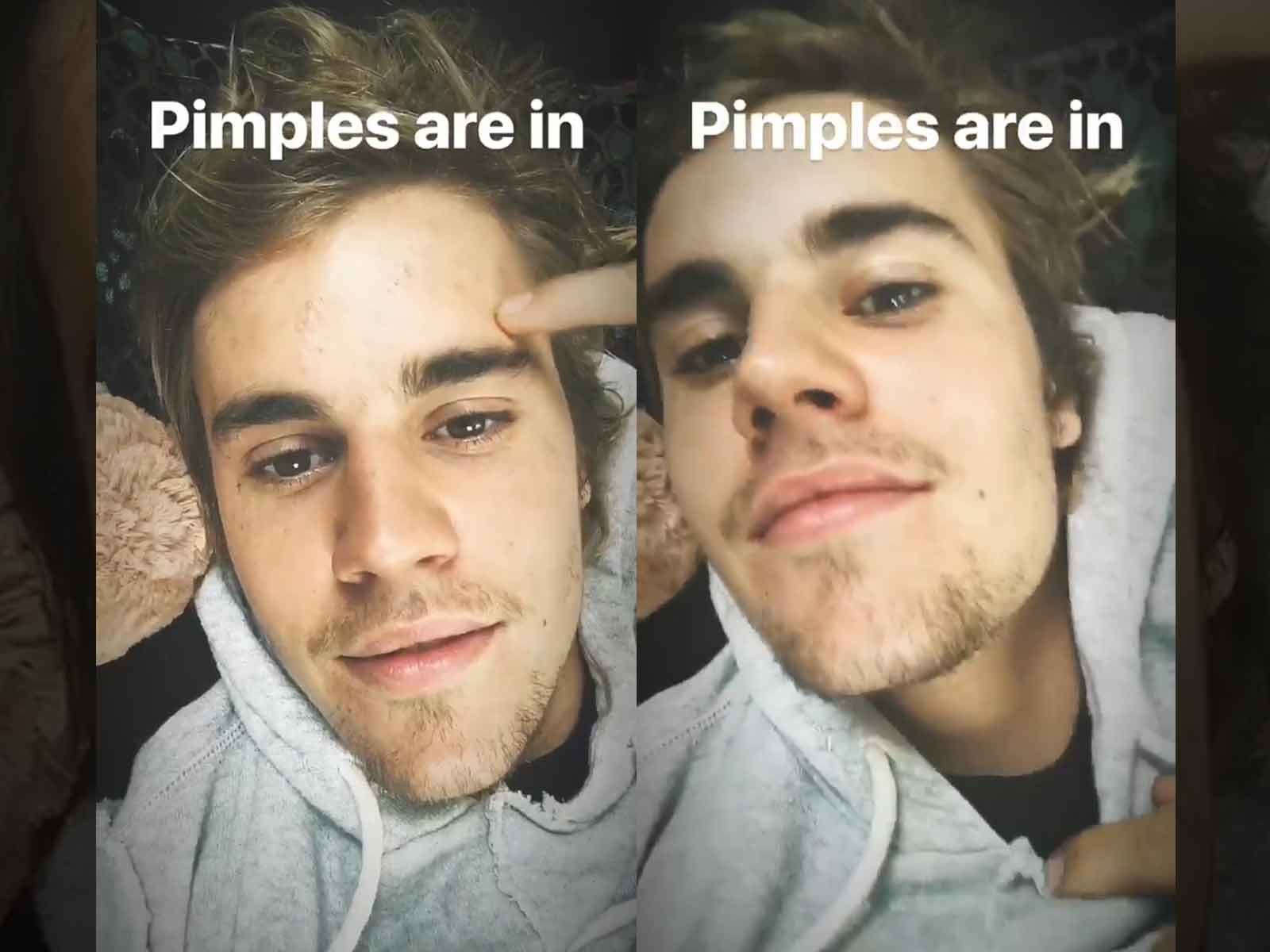 Justin Bieber Is a Real Breakout Star, Shows Off Acne

Justin Bieber may be playing it cool on the inside, but he can't hide the fact that his skin is freaking out and it may all be related to stress.

JB posted a video on Thursday showing off a fresh acne breakout and proclaiming, "Pimples are in." Acne is something Bieber has dealt with for years, and in fact he used to be a major spokesperson for the skincare brand, Proactiv. He used to preach the power of the acne wash, and filmed commercials explaining the great benefits.

Over the years he distanced himself from the company though. After his Miami DUI in 2014, one of the inventors of Proactiv said after seeing his mugshot that it was "Clear Justin's stress is causing him to break out." They were going to send him some complimentary product.

Now that Bieber has been dealing with the Selena Gomez drama, it seems the stress is beginning to take its toll on his face, so maybe a call to Proactiv for a tune-up is not be a bad idea.