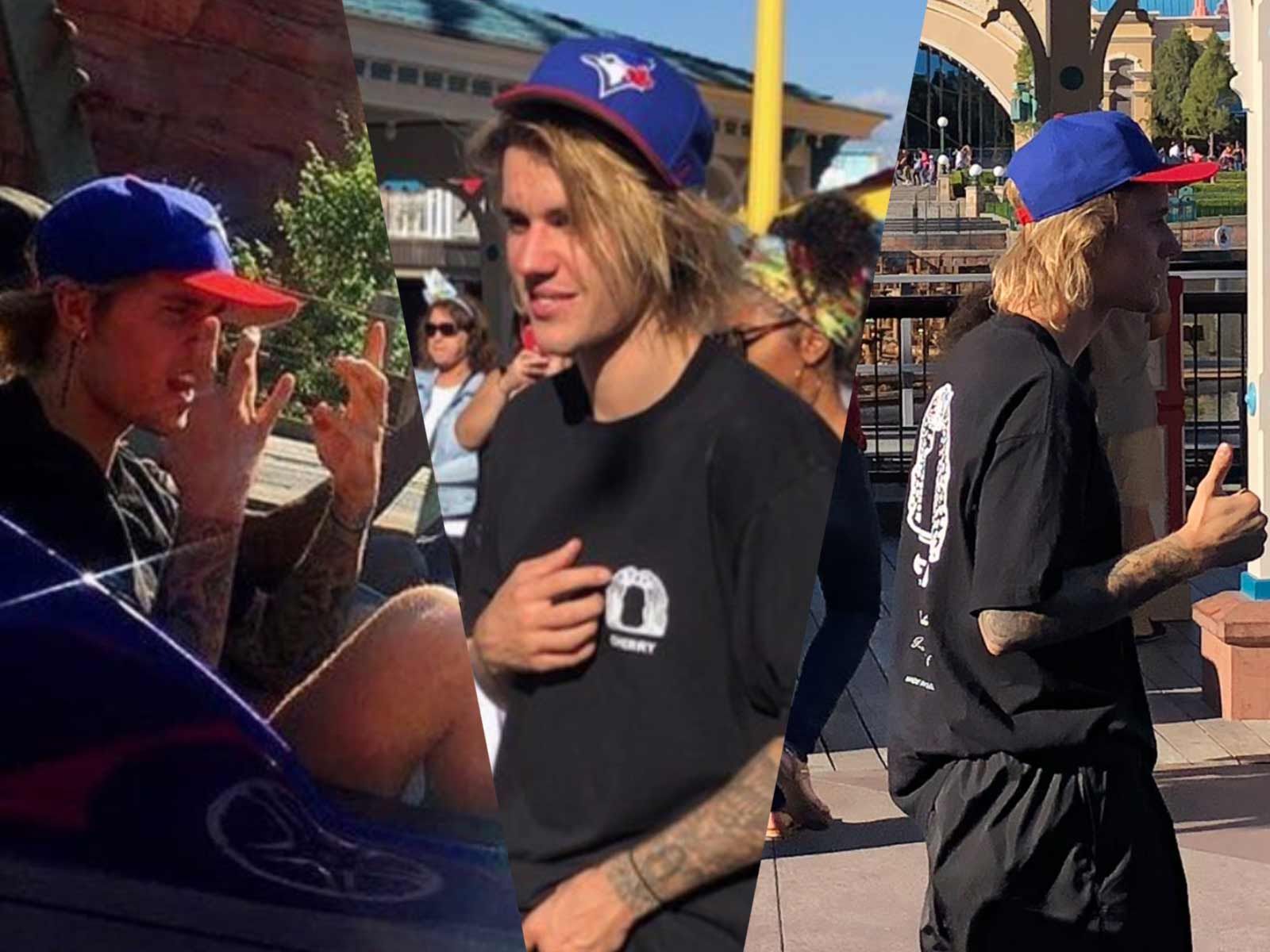 Justin Bieber ditched his significant other to spend a solo day seeking thrills and drinking brews.

The singer was spotted Thursday cruising around Disney California Adventure wandering through the park and riding rides without Hailey Baldwin. Hours after the two were seen leaving breakfast together in L.A., it seems Bieber felt the need for some "me time."

Keeping it casual in a hat and shorts, the "No Brainer" singer was seen drinking a craft beer near the Pixar Pier and posing with fans for pictures before hitting the thrilling Incredicoaster and taking a trip through the Cadillac Mountain Range on Radiator Springs Racers.

Theme parks aren't the only fun Bieber's been having lately, because The Blast just spoke with Post Malone, who spilled the details on the singer's upcoming bachelor party!