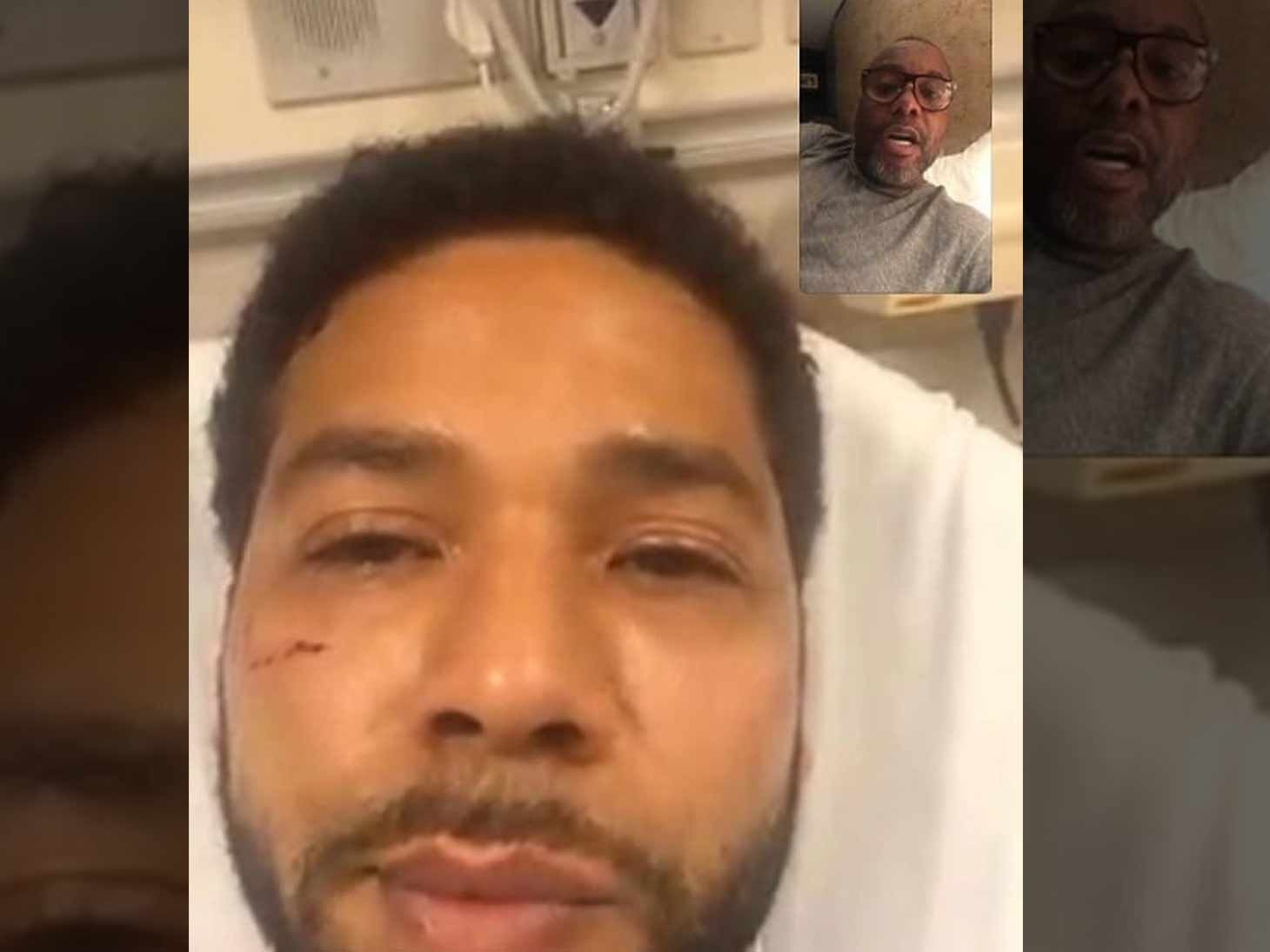 Jussie Smollett appeared battered in the hours after he was attacked outside his Chicago apartment.

"Empire" co-creator Lee Daniels shared the first photo of Smollett since the Tuesday morning attack, and the actor can be seen with a cut underneath his right eye.

Other than the one visible laceration, Smollett appeared to be in good shape, and even gave his boss a slight smirk during their Facetime conversation.

As we reported, Daniels was outraged over the attack on Smollett, and told the 35-year-old actor he didn't deserve the violent treatment, which allegedly included a noose placed around Smollett's neck.

Chicago PD are still investigating the incident as a possible hate crime, but so far no suspects have been named.