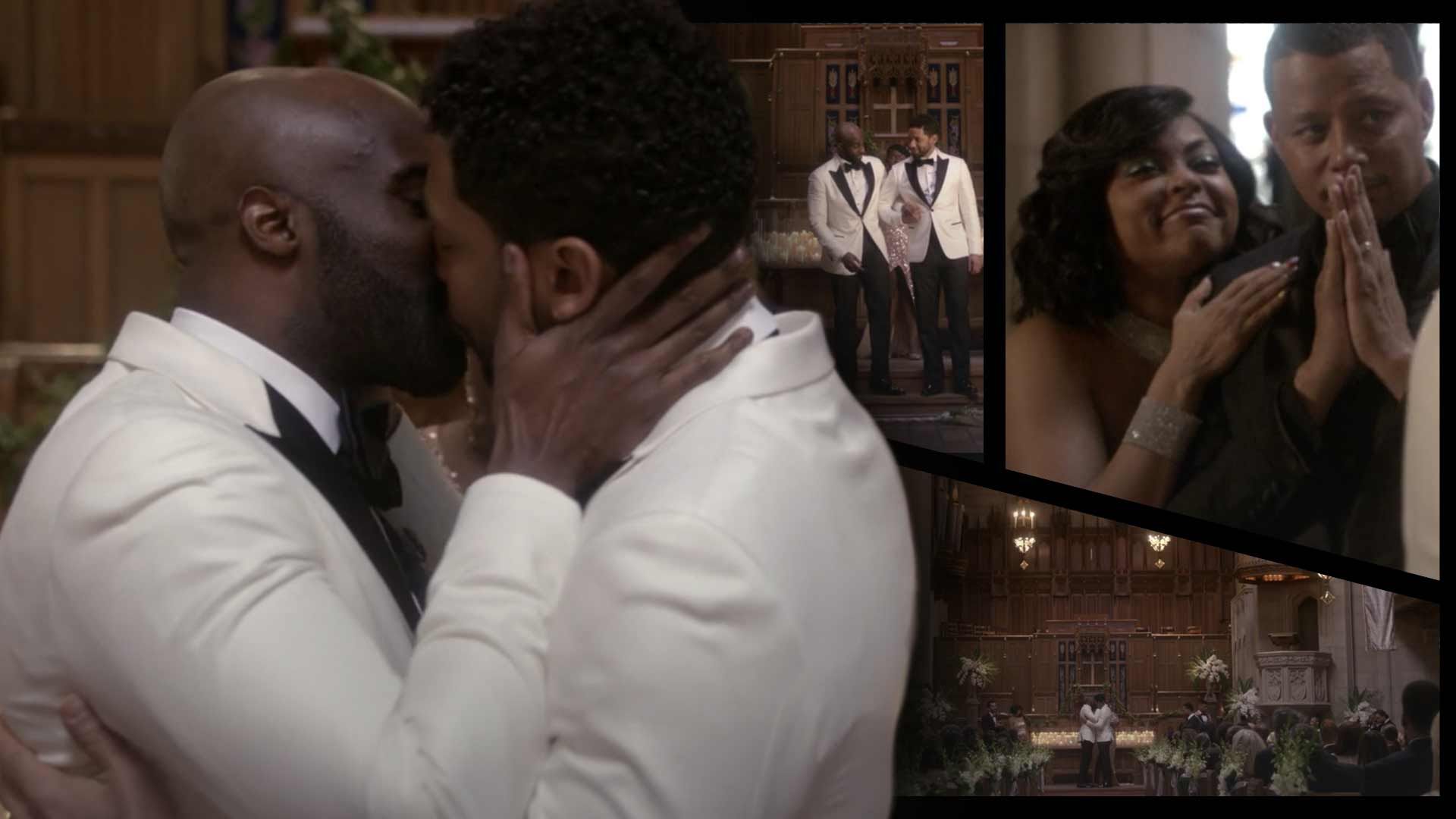 Jussie Smollett's "Empire" character made history during his last episode of season 5 by getting hitched to another man of color, and his sister is praising him for breaking barriers on prime time. This comes just hours after his co-stars wrote an open letter to show executives asking them to bring back his character next season.

Jurnee Smollett, who openly stood by her brother's side after he was accused of faking his attack, shared a picture from the "Empire" wedding Wednesday before it aired.

"Tonight, history will be made on @Empirefox. It's the first time two black men will be married on prime time television. Let that sink in. Jussie helped make this happen. Representation matters," she wrote.

Jurnee continues by saying, "I am not here to debate you on Jussie’s innocence ...because I know he is. But whatever your beliefs are, I implore you to watch this episode. To celebrate the purity of love that we can all identify with regardless of race, religion, gender, age or sexuality."

Adding, "We must celebrate the groundbreaking history this show, this character and the creators have made in bringing Jamal to our homes. The noise should be able to stop for 1 hour. We can’t let this moment pass by simply because they don’t want to let this man live. It’s bigger than even him. Tonight."

Wednesday's episode was the last Jussie filmed for season 5 of "Empire." He will not appear in the final two episodes due to the accusations against him at the time. Chicago prosecutors have since dropped all charges against the star.

Read the letter below:

Together, as a united front, we stand with Jussie Smollett and ask that our co-star, brother and friend be brought back for our sixth season of Empire.

We understand the past months have been difficult to process — sometimes the headlines brought more confusion than clarity, yet we now have a conclusion to this ordeal. Throughout Empire’s five seasons working with Jussie and watching how he has conducted himself throughout this traumatic event, we have come to know not just the character Jussie portrays, but also truly come to know Jussie’s personal character. He is kind. He is compassionate. He is honest and above all he is filled with integrity. He is also innocent and no longer subject to legal uncertainty with the criminal charges against him having been dropped. We are confident in his lawyer’s assurance that the case was dismissed because it would not have prevailed.

Jussie has shown us on and off the set who he really is as a leader. In addition to being a caring friend and cast member who treats every crew member with love and respect, he has spent time with our families and individually supported each of us. These recent and detailed letters from The Black AIDS Institute, the Rainbow Push Coalition and the City Lights Orchestra shine a light on his commitment to true community service. Just a few months ago, Jussie partnered with the Trevor Project to provide support to their volunteer program that allows LGBTQ youth in crisis access to vital counseling services. Prior to that, he gave every cent from his sold out world tour to numerous charities. He has adopted a school in Chicago, taught songwriting to incarcerated youth at the Cook County Jail last year and bought the family of Kayden Kinckle, a six-year-old, double amputee, a wheelchair accessible van due to his school district not having a wheelchair accessible school bus. He has traveled to South Africa for service as well as to Jamaica to quietly meet about the safety of LGBTQ youth. This was all done without posturing, the need for attention or even discussion.

This is the Jussie we know.

It’s clearer every day that the extreme political climate in our country has only made our system of justice and the court of public opinion more unjust.

It is why now, more than ever, we must stand together as a family. A family is there for us in good times and bad. It can cut through the noise and confusion to understand that there is a person in the center of all this who deserves nothing more than to move forward with his life. We understand that this show is a business. And that business matters to us as well. We are confident our fans will welcome our “Jamal” back into the Empire family as enthusiastically as we will.

That is why we write today to ask you to keep Jussie on the cast so that we can all put this behind us and move forward. Thank you for taking time to hear us. It’s our hope that together we will move into our sixth season as the entire Empire family should.