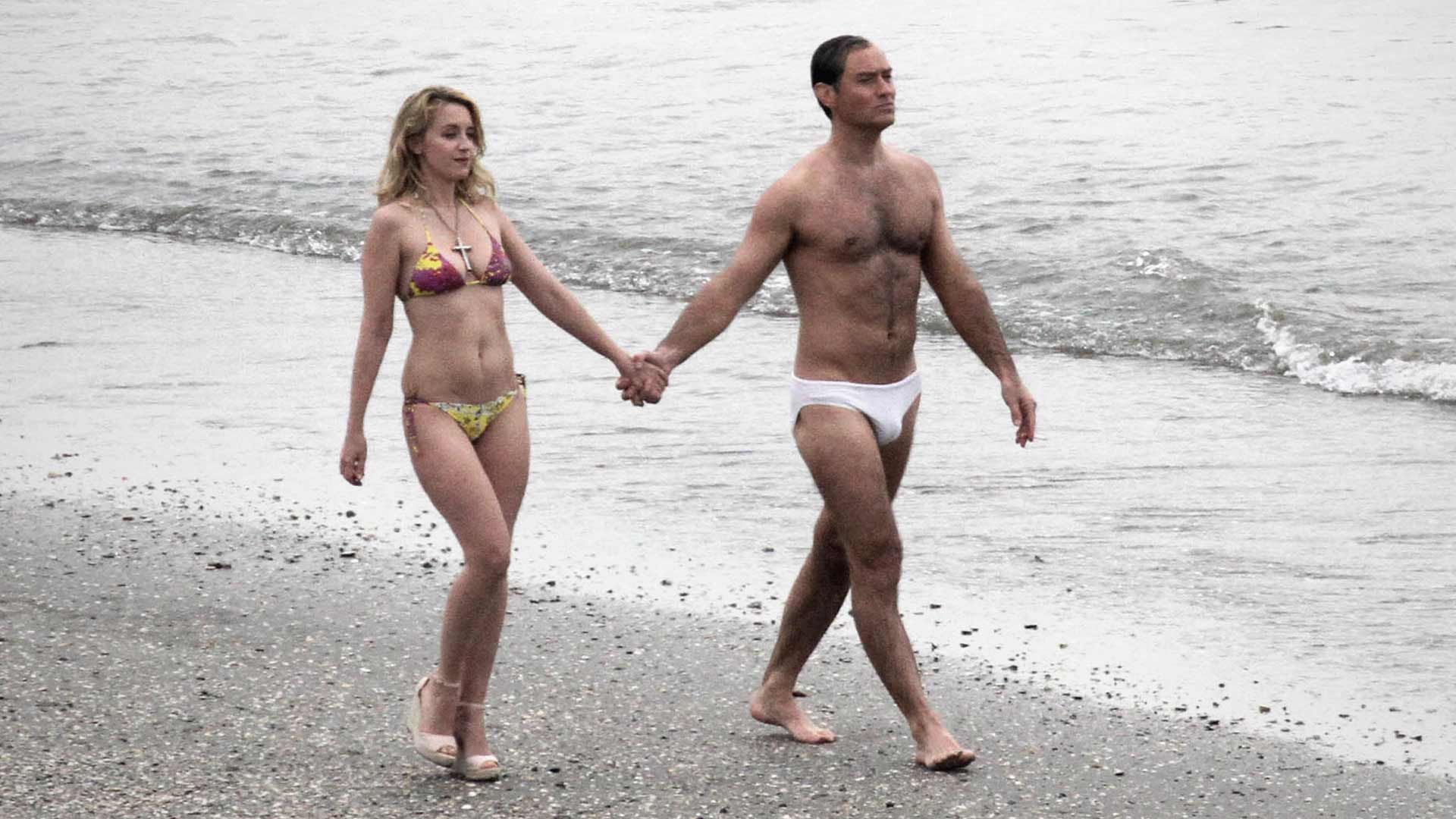 Jude Law disrobed to his tighty-whities on set ... and holy cow does he look good!

The actor was seen Monday on the beach in Venice wearing nothing but his underwear while filming scenes for "The New Pope."

Law held hands with his bikini-clad co-star Ludivine Sagnier, who sported a very large cross around her neck. While she looks amazing, we can't take our eyes off her chiseled-chested partner.

Up until now, Law, who also stars alongside John Malkovich on the HBO series, has only been seen in his traditional Pope garb.

Let's just say, we have some confessions we might need to come clean about after seeing these pics!

“The New Pope” is an eight-part series that follows Law’s character after the events that took place on “The Young Pope," and is expected to premiere later this year.