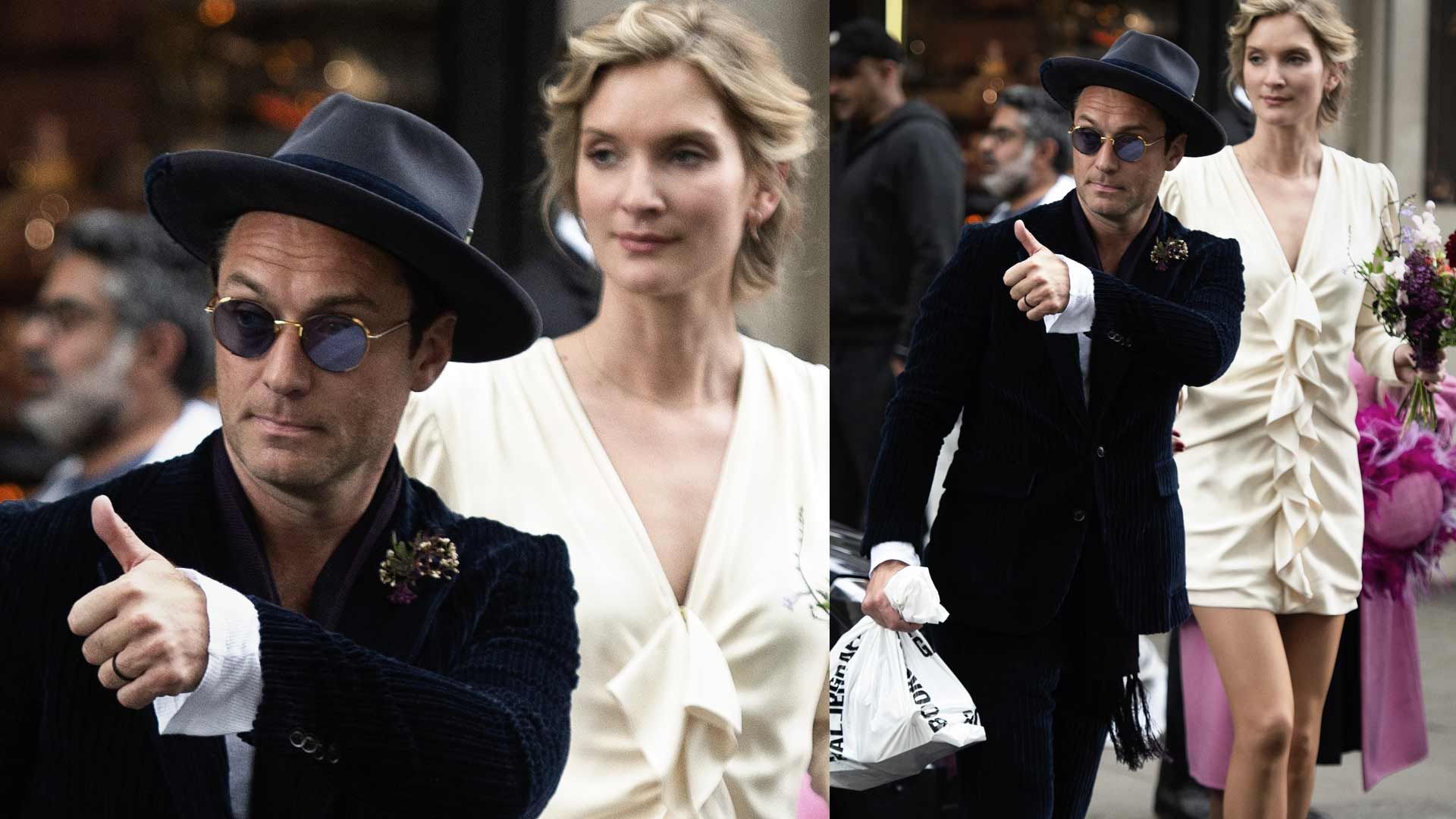 Jude Law is a married man!

"The New Pope" star said "I do" to his girlfriend, Phillipa Coan, on Tuesday at The Old Marylebone Town Hall in London.

The duo, who have known each other for three years, surprised everyone when they emerged from the hall wearing wedding bands. Law kept it cool in a dark suit, fedora and loose tie while giving onlookers a big thumbs up. His bride stunned in a form-fitting white dress and left the ceremony still holding her bouquet of colorful flowers.

This is Jude Law's second marriage. He previously wed actress Sadie Frost and they share three children. Law and Frost divorced in 2003.